Saturday, June 25 2022
Top Posts
5 Tips to Keep Your Hair Sweat-Free During...
Fawad Khan to Make Debut in Ms Marvel...
“Women Can Accomplish Anything They Set Their Mind...
TikTok Releases First Album of Viral Hits
Mehwish Hayat Makes Her Debut as a Djinn...
‘Girls are No Less Than Boys’ Says Pakistani...
Punjab Government to Provide Scooties to All Female...
Is Akshay Kumar’s Upcoming Film ‘Raksha Bandhan’ a...
On This World Music Day, Spotify Celebrates K-Pop...
5 Pakistanis Nominated For TC Candler’s ‘The 100...
CultureNews 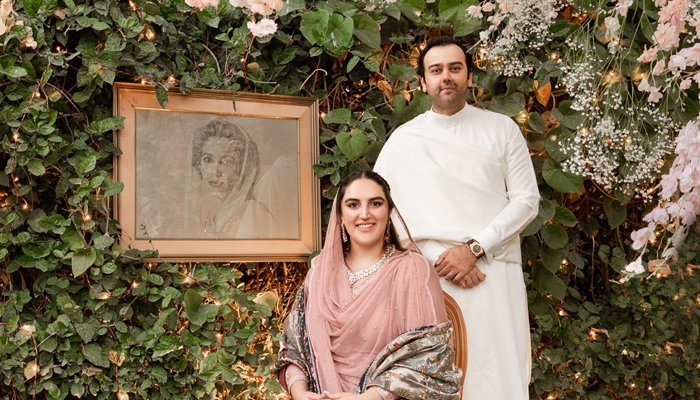 The daughter of prominent politicians Asif Zardari and late Benazir Bhutto, Bakhtawar Bhutto-Zardari, has announced the birth of her firstborn baby boy on Twitter today.

She wrote on Twitter while tagging husband Mehmood Choudhry, “We are happy to announce the birth of our baby boy.” The couple welcomed the baby boy on the 10th of October, while the official announcement was made a day later on social media.

No photos or glimpses of the baby were shared of the mother or the baby online as yet.

While 1000s of tweets poured in immediately to congratulate Bakhtawar on her first baby’s arrival, tweets that stood out were of her brother Bilawal Bhutto and younger sister, Aseefa Bhutto.

Bakhtawar’s youngest sister, Aseefa Bhutto-Zardari, also rejoiced about the news and expressed her gratefulness. She wrote in a tweet, “Officially a Khala !!! Alhamdullilah”.

Bakhtawar Bhutto Zardari tied the knot in January 2021 to a Dubai-based businessman Mahmood Choudhry. The Nikkah Ceremony of Bakhtawar and Mahmood was held on the 29th of January, and the Valima ceremony on the 30th of January.

Since the couple tied the knot during the peak of the COVID-19 pandemic, guests were strictly asked to get tested before attending the wedding.

Pakistani actress Iqra Aziz and Yasir Hussain are going to become parents soon. The couple announced the news on Instagram that they are expecting their first child in July this year, along with pictures of the couple at their godh bharai rasam. People noticed that Iqra’s dupatta wasn’t any ordinary one. It had 100 prayers stitched in Urdu with embellishments and zardozi work by designer Fahad Hussayn and the team.

Mansha Pasha, Mira Sethi Displeased with How Female Celebrities are Policed on their Outfits