Mansha Pasha, Mira Sethi Displeased with How Female Celebrities are Policed on their Outfits 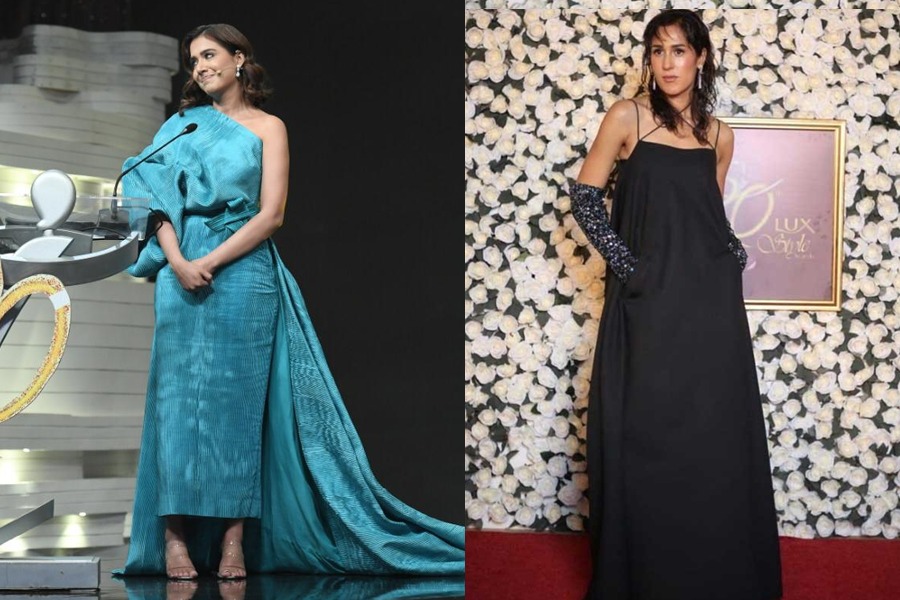 Awards functions are highly associated with glitz and glam. Celebrities are expected to dress their best by choosing designer outfits that would compliment them. These outfits usually range from gowns and dresses for women to tuxedos or good old suits for men. Some also choose to wear clothes that are extraordinary to represent their artistic expression.

In Pakistan, we often witness a combination with some choosing to represent their country and don traditional outfits. In the midst of it all, female celebrities’ outfits are policed the most on social media. Especially the ones who choose to wear gowns that show skin.

Following the pattern of hateful comments, many female celebrities chose to wear outfits that weren’t as revealing this time around. Yet, they became targets of men on social media, making judgments on their character based on their outfits.

Pakistani actress Mansha Pasha took it to her Twitter and protested. She wrote, “Every award show ends with a slew of sermonizing comments under the photos of all female celebrities making character judgments about how good or bad she is based on her outfit.” 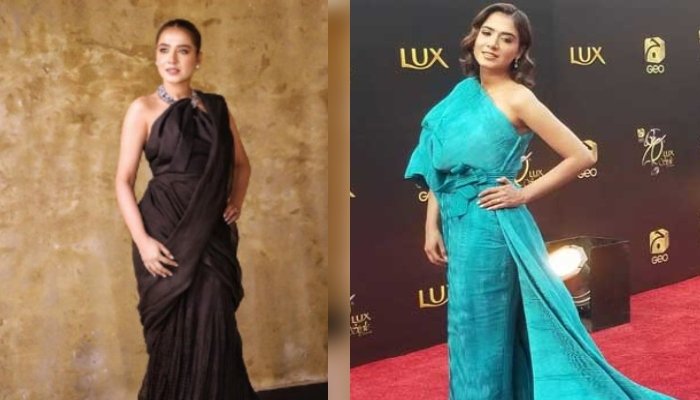 “Honestly, this is the real superficiality. Judging a person’s inner nature based on an outfit choice. If you think verbal abuse (well-intended or justified in your minds perhaps) makes you a good person, please check again.”

If you think verbal abuse (well intended or justified in your minds perhaps) makes you a good person, please check again.

Following her, actress Mira Sethi also raised her voice on the matter who wore loosely fitted all-black Hussain Rehar outfit for the show. She wrote in her Instagram post, “It’s always fascinating to see trolls go nuts under photos of public-facing women in dresses or costumes or anything the trolls deem vulgar.”

She highlighted that Pakistan men are obsessed with defining their honor concerning women’s bodies, clothing, and appearance.

“The men of this country are obsessed with policing women, constantly defining their ‘honour’ in relation to women’s bodies and clothing, and appearance. It is a small-minded, decayed, hateful thing to do. You want to disempower us because a deep part of you is hurting and angry. I get it. It’s societal and it is ugly.”

She concluded her post by saying, “To the women who continue to secularize public spaces with their words and clothes and defiance: you inspire me. On the face of it, it looks merely glitzy and silly, but only those subjected to the heat of abuse know that simply by being – by asserting with our voices and bodies – we are clawing backspace from rotten hierarchies of power and control.”

It is not nice to project a sense of entitlement over other people’s fashion choices. Additionally, cyberbullying is just downright ugly.

Just like every year, HUM style awards red carpet looks are making headlines. Sadly, this time around, there is a lot of misses than hits. Overall, there was a blend of both eastern and western wear. However, the latter seems to have caught the public’s attention the most. While some gave their creative criticism over the dresses celebs wore, others whole-heartedly complained about showing more skin.