Atif Aslam Trends on Twitter After T-Series Takes Down His Version of Kinna Sona Song! 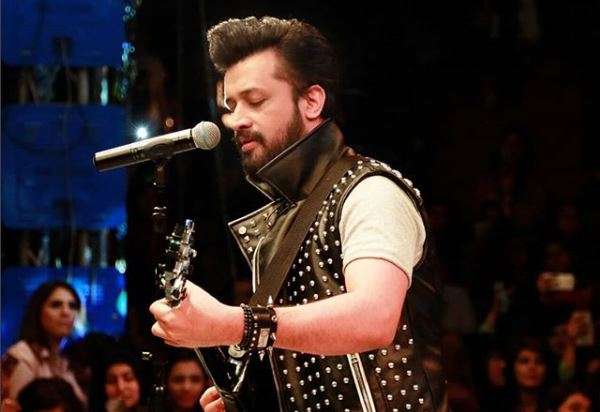 #AtifAslamNotWelcome, #IndiaLovesAtifAslam and #WeWantAtifAslamSongsBack have been trending all day today, Thursday after his version of the song Kinna Sona was pulled down by T-Series, 2 days after its release.

T-series YouTube channel went through a lot of backlash as Indians threatened and demanded his song, from the Indian movie ‘Marjaavan’, to be removed as soon as possible. And were asked to issue an apology.

The action was criticized because Pakistani artists are barred to work in the Indian industry after the decision imposed by Federation of Western India Cine Employees (FWICE) and the All Indian Cine Workers Association (AICWA).

Ameya Khokar, president of the Maharashtra Navnirman Sena (MNS) Cinema Wing put up a mean and hostile tweet warning and threatening the T-Series- the tweet said; “WARNING TO TSERIES Take down Pakistani singer Atif-Aslam song from your T–Series YouTube channel immediately else we will take a major action against you”.

WARNING TO TSERIES
Take down Pakistani singer Atif-Aslam song from your TSeries youtube channel immediately else we will take a major action against @TSeries. #TakeDownAtifAslamSong @itsbhushankumar @mnsadhikrut @rajupatilmanase

T-Series issued an apology, saying: “It has been brought to our notice that the said song has been sung by Atif Aslam and this song was put up on the YouTube channel of T-Series by one of our employees from the promotion team. He was unaware of his action and erred while putting up the song”.

A lot of Indian fans stood up for Atif Aslam and wanted him and song back. #IndiaLovesAtifAslam and #WeWantAtifAslamSongsBack trended on Twitter.

Love was poured from all over India. Music really has no boundaries.

No matter what the situation is we are always there for you bhai keep singing nd keep rocking 🙂 We Indian Aadeez, Pakistani Aadeez, Bangladeshi Aadeez & Nepali are united because of you. Thank you for giving us the true definition of brotherhood #AtifAslam#IndiaLovesAtifAslam pic.twitter.com/FiRgzvA7Mu

#IndiaLovesAtifAslam
Listen to Akhil Sachdeva song “sunn mere humsafar” from Badrinath ki dulhania. You’ll forget Atif Aslam. In India we have talents we don’t need outsiders. Let Atif keep singing for his country may be his voice open up their minds towards peace. pic.twitter.com/NgYo9UoWxs

Stories about this kind acts were shared:

Biggest trend for a Bollywood singer❤
50000+ tweets🔥❤
.
Congratulations to each n every @itsaadee fan.
We did it. We won Mr. STARK❤#IndiaLovesAtifAslam #atifaslam pic.twitter.com/pD38ZACQqR

Who is favourite singer??

Atif Aslam is sure irreplaceable and adored by his fans!

Atif Aslam has been part of the Indian music industry for a long time now. And no Indian movie is complete without atleast one serenade by the artist.

Movies such as Bajrangi Bhaijaan, Kismet Konnection, Zehar, Student of the Year, Race 2& 3, all had Atif Aslam songs in them.

There are Indian movies that had more than five songs of Atif at one time. People not only in Pakistan but India too absolutely adore Atif’s melodious voice.

What do you think about this situation? Let us know in the comments below.

Insights for Brands: Top 4 Pakistani Trends In Light of COVID-19