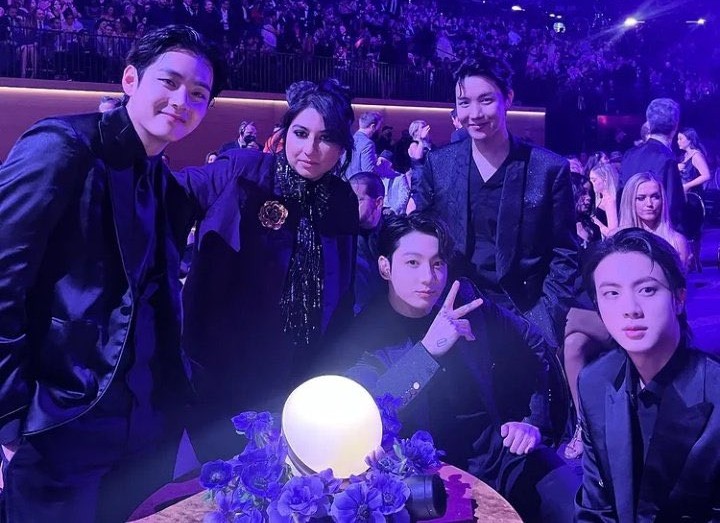 Pakistani musician Arooj Aftab, the first Pakistani woman to bag a Grammy for her song ‘Mohabbat,’ revealed what did BTS say to her.

Aftab was seen in a photo standing next to BTS, a South Korean boy band, at the Grammys. Fans were curious as to what did Aftab speak to BTS about. In a short clip on Instagram, Aftab addressed the questions.

She said many people were asking her many questions, and she will address just 3 of them. One of the questions was, “What did BTS say?” She replied, “Nothing, man, they didn’t say anything.”  She explained, “I went up to them and said, ‘Hey guys, what’s up? let’s take a photo’ because we were all sitting right there next to each other the entire night, and they were like ‘Sure, of course.'” They said, “congratulations,” and we took a photo. “I told them the Pakistani BTS Army loves you, and they said Thanks.”

Fans also asked Aftab where the grammy is. She responded by saying that the award is taken back after the event ends, and later on, they mail it to you with your name.