Allama Iqbal was a poet, politician, and philosopher from Punjab, British India. His poetry in Urdu and Persian is among the greatest of the modern era. Iqbal has touched upon many vital subjects through his craft. One such issue was the significance of women and their rights and roles in a Muslim society.

Iqbal’s dissertations, research papers, lectures, and poetry such as ‘Ramooz-eBekhudi’, ‘Zareb-e-Kaleem,’ and ‘Javed Nama’ interprets his approach in terms of feminism and western attitude towards women.

Allama Iqbal has signified the importance of women in his poem “Aurat” as follows: 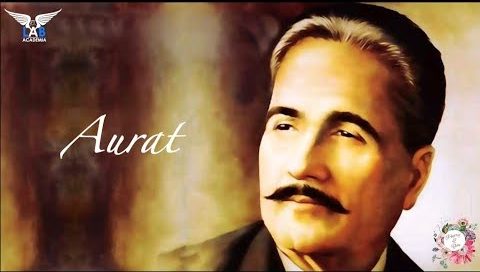 Color in the portrait of the universe is from Woman

From her warmth is the inner warmth of life

In glory, her dust is greater than stars

Each glory is the hidden pearl of her shell.”

Through Iqbal’s poetry, it is evident that he wanted Muslims to make the world a conventional home for women. He tried to bring meaningful changes in people’s thought processes, but he felt greatly troubled by westernized women and their inspirations and ideas.

the essence/quality of man is plain, without indebtedness to another,

the manifestness of the essence/quality of a woman is in the hands of another!

of her sorrow and grief, this is the point of ardor–

her existence is inflamed with the relish of creating!

they open out through this fire, the mysteries of life,

it is warm from this fire, the arena of existence and nonexistence!

I too am very sorrowful at the oppression of women,

but it’s not possible, the opening of this difficult knot!

There was a time in history where women only served as a means of sexual satisfaction and were considered lesser beings with no social or human rights.

Islam, as a religion, respects women and every role played by women. It commands its followers to do the same. Iqbal shares a similar point of view. He does not consider a woman weak or merely means of sexual satisfaction. He firmly believes in a woman’s sympathy, passion, and feminine strength. 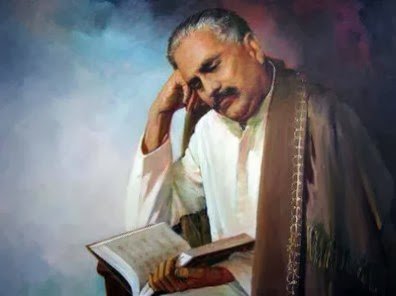 if from European civilization is the death of motherhood,

for the presence/dignity of man, the fruit of this is death!

the knowledge through the effect of which woman becomes non-woman–

this knowledge, the possessors of insight call death!

if the madrasah of woman would remain a strainger to faith,

then for passion and love, knowledge and skill are death! “

Iqbal has emphasized women’s education in his poem ‘aurat aur taleem’. He points out that women are an important segment of our society and they must be equipped with modern and Islamic education which then eventually will lead the young generation to better individual and community life. He also encouraged equal opportunities for getting an education as rendered to men.

The Protection of Woman

a living truth/reality is hidden in my breast,

how would he understand, in whose veins the blood is cold?

neither pardah nor education, whether it be new or old–

the guardian of the femininity of woman is only man

the community that didn’t realize this living truth/reality–

In Islam, men are responsible for women under their care. They play the role of maintainers and protectors of women which is a liability, responsibility, and not a position of authority.

Saudi Women Parade their Camels in a Beauty...