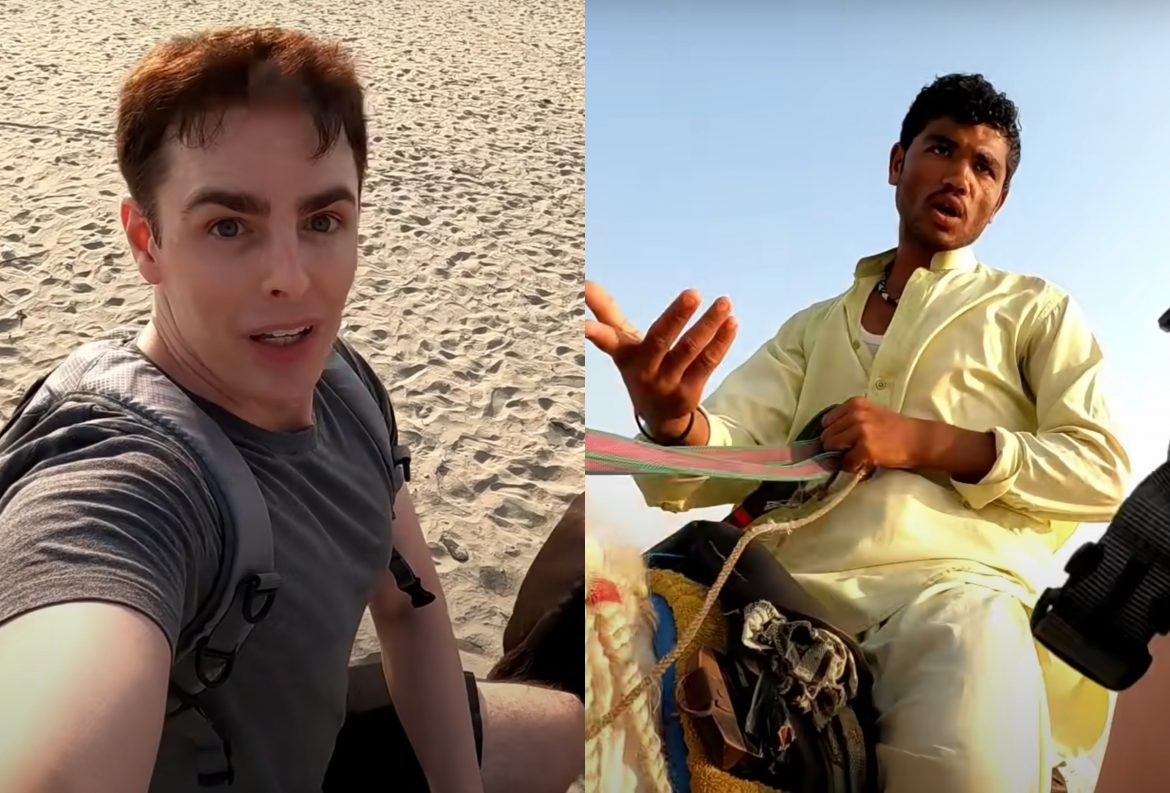 In a YouTube video, Dale was seen being scammed by a horse rider at Karachi’s Clifton beach. He sat on a horse after the rider told him it would cost Rs. 200 for a ride but later extended the ride even when Dale wanted to get off the horse. Once he was off, the rider demanded Rs. 5000.

Given that there was a language barrier between the two, the horse rider intimidated Dale by shouting at him. This entire scenario was caught on camera, making its way to Dale’s YouTube channel.

Within 3 hours, the Karachi police arrested the three horsemen that were seen in Dale’s YouTube video, which went viral on social media. The reason behind the arrest was due to the misbehavior of these horsemen with a tourist.

#Arrest | Karachi Police has arrested three horsemen within 3 hour, after a video gone viral on social media. They misbehaved with a tourist Dale Philip at sea view. Arrested accused persons apologizes from the Tourist for his behaviour.@DMCSindhPolice @Daleroxxu pic.twitter.com/9BxJGvaT8n

In case you have missed the video titled ‘Avoid this horse rides SCAM in Karachi, Pakistan’ on YouTube, watch below:

“May God free us from the shackles of white people,” tweeted a user on Twitter.  Another user tweeted, “There’s nothing more vile and disgusting than a white tourist visiting a poor inflation-ridden country and power-tripping on seaside vendors.”

Pakistani users on Twitter weren’t happy with Dale’s YouTube video. It seemed as if Dale went to the beach on purpose to shoot the video for his YouTube after Luke had an unfortunate encounter on the Clifton beach.

First with #LUKEDAMANT,the boy said 200 and after the ride asked for 3000 ,Now same has happened to a scotland Vlogger "Dale Philip" in Pakistan,the man asked for 200 RS for horse ride but after the ride he asked 5000 Rs.
Government should take strict action against these people

Another Twitter user tweeted, “If the corruption being done on a bigger scale isn’t being held accountable doesn’t mean the one done at a smaller scale should be neglected.”

Trying to find reasons for the hatred towards Dale Philip on tl. He just did what should be done?
If the corruption being done on bigger scale isn't being held accountable doesn't mean the one done at a smaller scale should be neglected too.
Goray k kehne pr hi krlo, karo to!!

Dale Philip is a piece of shit. If I ever see you in Pakistan I will personally stuff 5k up your ass and send you back to your country. Ulo kay pathay. https://t.co/jIprFGDRrf

Another user wrote, “He is celebrating the misery of a poor brown person who tried to ‘scam’ a few hundred rupees off him. The video of the ‘scam’ on YouTube has 450K+ views. Mr. Philip is blind to his privilege and gets a kick out of class warfare”.

Dale Philip has 858K YouTube subscribers. Here he is celebrating the misery of a poor brown person who tried to ‘scam’ a few hundred rupees off him. The video of the ‘scam’ on YouTube has 450K+ views. Mr. Philip is blind to his own privilege & gets a kick out of class warfare. https://t.co/lH1YndQpRj

To all those justifying him , don't you have eyes ? dale litterlly kept yelling stop !stop but he didn't stoped just because he wanted more money and then he asks for ,5 thousands for just a ride ? Imagine if this happens to you ?🙄 #dalephilip pic.twitter.com/kad4WN19TV

“What white fragility! Is Dale Philip blocking everyone who disagreed?”

What white fragility! Is Dale Philip blocking everyone who disagreed? pic.twitter.com/A6prbGzFAe

Australian YouTuber Luke Damant, who is visiting Pakistan for the second time, has lauded the Sindh Police for arresting a harasser at Clifton beach. Pakistan has been promoting its Northern areas for international and national travelers. A significant influx of local tourists does make their way to the north. However, some international YouTubers have also made their way to Pakistan in the past year.

Fatima Ijaz Publishes her Poetry Collection in a Book Titled,’The Shade of Longing and Other Poems’