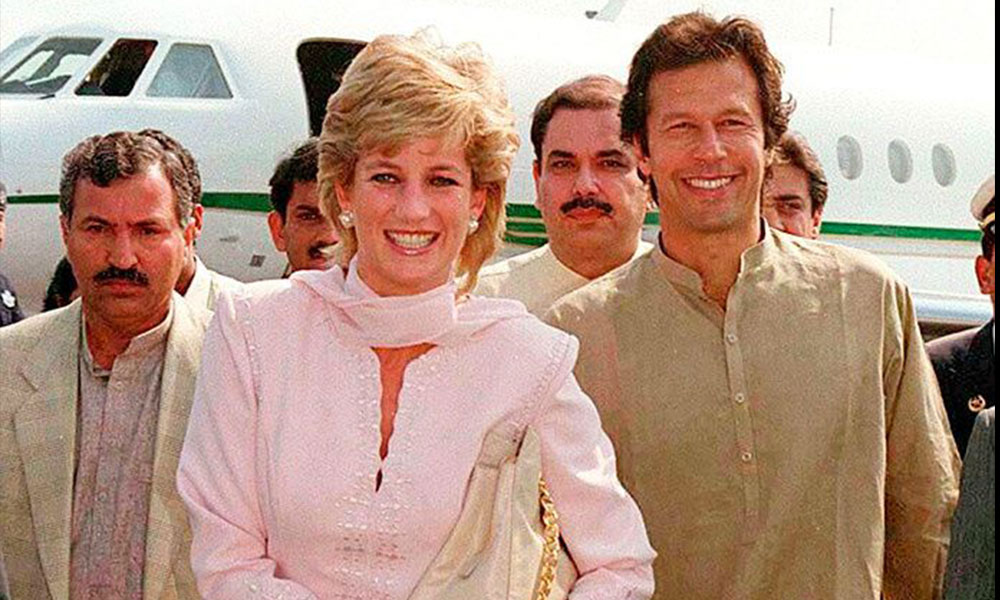 Princess of Wales, Lady Diana visited Pakistan three times in her life before she passed away in an unfortunate car accident in the year 1997. She was hugely popular and a fashion icon but her activism was also admired by many.

In this article, we have listed down 5 lesser-known facts regarding her visits to Pakistan.

1991: In September of 1991, Lady Diana, the Princess of Wales, arrived in Pakistan on her first official solo tour. She was hosted by Nawaz Sharif, the Prime Minister in time as it was a political trip.

1997: This was her final visit to Pakistan in May 1997. Her reason for visiting the country was to donate funds to Imran Khan’s cancer hospital and research center.

Jemima Goldsmith and Prince of Whales were close friends as both were from Britain. Often they sought each other’s advice in the matters of the heart.

Jemima sought the designer, Rizwan Beyg before Diana visited Pakistan without telling him for whom he was designing. Beyg, in an interview, said he had an idea who it was, so he started observing Diana’s style before the papers even covered news of her visiting Pakistan.

An off-white shalwar kameez was made for Diana, which she wore at a cancer fundraiser at London’s Dorchester Hotel hosted by none other than Imran Khan. The outfit was a gift from Jemima to one of her closest friends.

Beyg’s outfit is still at the memorial where Princess Diana was buried in Althorp.

He recalled, “People like Armani and Valentino commented on the dress and said it was beautiful, it was elegant, it was traditional, but at the same time, it was modern.”

Jemima herself revealed that after Diana’s divorce from Prince Charles, she wanted to move to Pakistan and settle here. Many tabloids seem to quote that it was because she wanted to marry the love of her life, Dr. Hasnat Khan.

5 – Her visit to Pakistan in 1996 was to visit Dr. Hasnat Khan, distant cousin of Imran Khan

The government assumed that her visits were as a guest of Imran Khan, however, Diana’s back to back visit in 1996 and 1997 after her divorce was to meet Dr. Hasnat Khan, the love of her life.