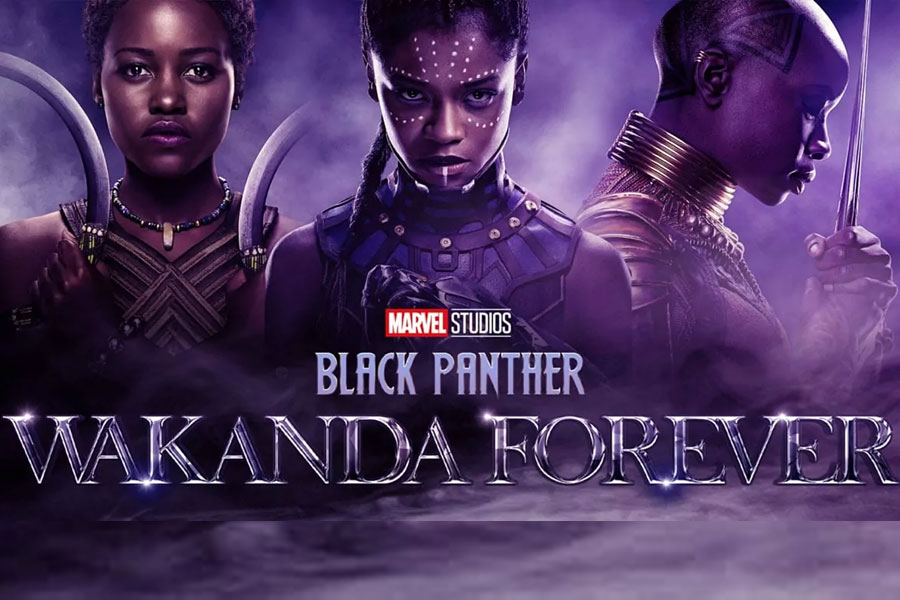 Black Panther: Wakanda Forever was not only a heartfelt tribute to Chadwick Aaron Boseman but to women in general. Marvel has replaced not one but two major male leads with strong, proud-coloured women.

While passing the mantle is a common concept we’ve seen in the movies and in the comics, this one hit differently. Wakanda Forever starts off with a funeral for the Black Panther (T’Challa) who passes from a disease.

Moreover, we see that his sister, Princess Shuri is unable to accept and process the untimely demise of her brother. She buries herself in technology and work to overcome her grief.

Her mother (Queen Ramonda) tries to help her and while sharing a moment of closure with her daughter, comes across a new enemy. Eventually, the Queen passes away in a tragic scene, leaving Shuri even more broken than before.

Shuri then decides to take up the title and role of Black Panther to protect her people from this new threat, and to avenge her mother’s demise.

Watching the movie made us realize that there were many lessons hidden in the plot, one of the biggest being not letting anger and the thirst for revenge consume you.

There were more lessons we picked up on feminism that Balck Panther: Wakanda Forever beautifully displays.

Marvel Studios built an empire on white-male superheroes for years, and now turning to diverse, coloured superheroes of the other gender to continue the glory. It is not just about Shuri here, but also Okoye, the head of the Dora Milaje, the all-female security force that protects Wakanda, who is also responsible for the safety and providing assistance to the Black Panther. From Lupita Nyong’o as Nakia to Angela Bassett as Queen Ramonda, every coloured woman in the movie is as fearless and fierce as the last.

2. No Doubts Over Shuri’s Capabilities as Black Panther

No one doubted Shuri as the Black Panther when it was time to face Namor despite the fact that she had never been in a position in which she had to protect the entire country.

The male and female elders, warriors, and all those who live in Wakanda openly welcomed her as their new protector and she proved worthy of the title as well. Moreover, we saw how she respected everyone and sought counsel from them regardless of their gender.

Wakanda Forever clearly portrays women as beautiful individuals who are intelligent and can take up weapons when needed without wasting a single second. Be it science, arts, or be it running and protecting an entire country, women can excel in anything and everything that is given to them.

What lesson did you walk away with after watching Black Panther: Wakanda Forever?