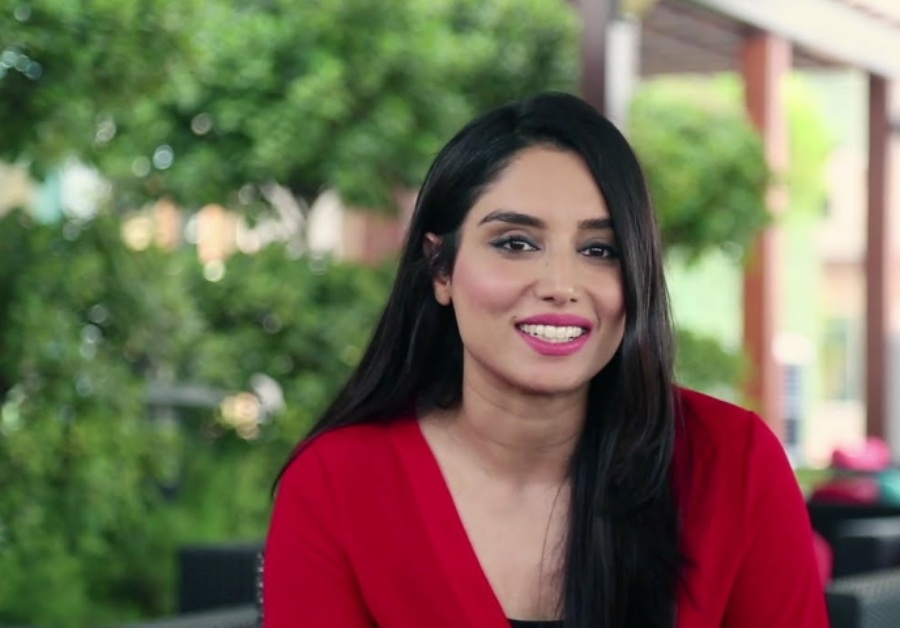 She said in a tweet:  “Thrilled to share that I will be making my debut for @SkyCricket @SkySports this summer while working on England vs. Pakistan series followed by presenting at the all-new exciting tournament @thehundred – looking forward to working with a great team.”

Thrilled to share that I will be making my debut for @SkyCricket @SkySports this summer while working on the England vs Pakistan series followed by presenting at the all new exciting tournament @thehundred – looking forward to working with a great team. https://t.co/tyILGfoOrH pic.twitter.com/XTWI8xHdHV

The presenter has many achievements under her belt, but the news of her debut with British sports channel Sky Sports has made many proud in the country. Sky Sports reached her for one of their leagues called ‘The Hundred,” where they needed some global faces to present their countries.

Meet the @SkyCricket team for #TheHundred, which all begins in 💯 days' time!

Abbas spoke exclusively about her journey on Geo Pakistan. She said: “I was honored to receive this opportunity. Apart from achieving a personal milestone, I see this as a chance to make my country proud on international grounds.”

Abbas shared that Sky Sports approached her for one of their leagues called ‘The hundred,’ in which the British channel wanted to include some global faces.

Last year, Zainab revealed the gender challenges she had faced in her profession at Tedd Women 2020. Read the full story here:

“I think the world was not prepared or used to see a woman taking the lead in a field which was guarded by men for so many years. Nonetheless, I learned never to let critics bother me or let people get under my skin,” she said.

Zainab is a pillar in PCB’s presenting panel. She is one of the most popular personalities in Pakistani cricket these days. She has been able to establish herself as a sport presently rightfully regardless of her harrowing journey.

“Each of the 68 games – 34 men and 34 women – will be shown live on Sky Sports The Hundred as well as on Sky Sports Mix, while all women’s matches and a significant number of men’s games will be streamed live on the Sky Cricket YouTube channel.”