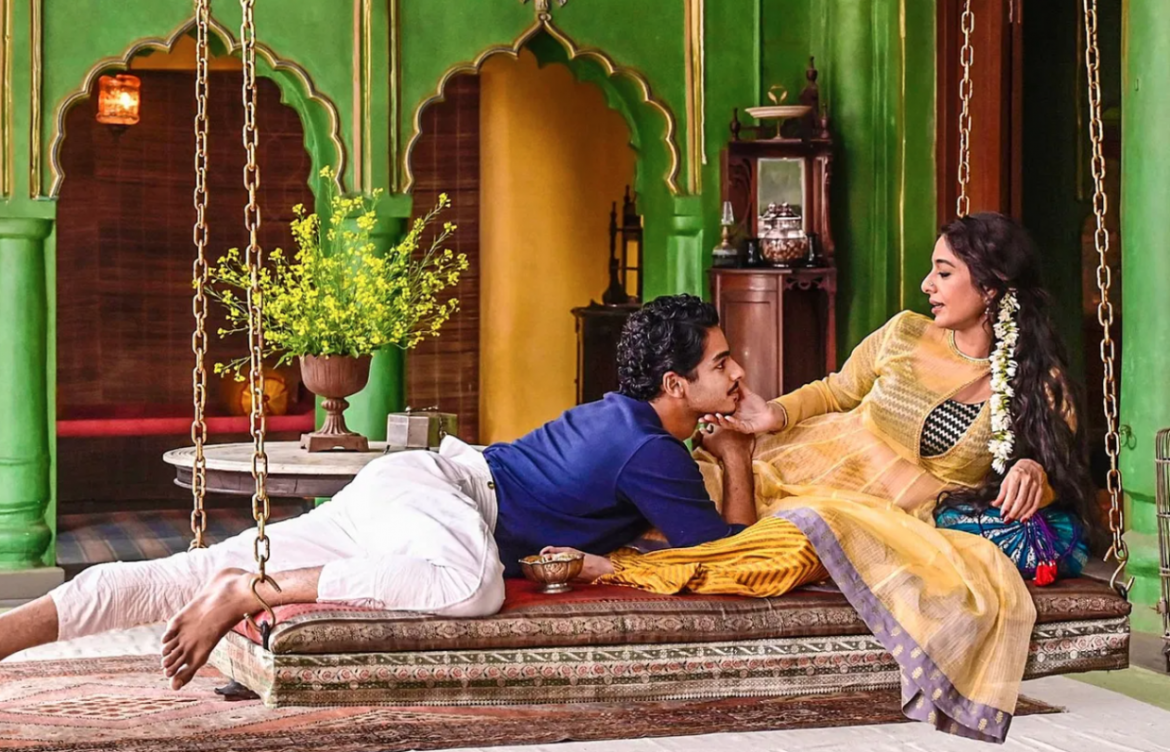 Vikram Seth’s classic 1993 novel, ‘A Suitable Boy’ is being adapted by BBC for the small small screen by Andrew Davies. He has earlier brought Les Miserables and Sanditon to the small screen too.

1,349 paged novels, the book is considered to be one of the longest novels ever published in a single volume in the English language.

If you are a fan of ‘War and Peace’ and ‘Pride and Prejudice’, this is good news for you, as the BBC1 series is on Netflix from 23rd October ! Netflix has requested Global Rights to the series and is now ready for release.

26th July is the date! A Suitable Boy on @bbciplayer @bbc . Trailer link in bio . . I have been waiting for this since long time…and now finally , it's gonna out there! . . #asuitableboy #tabu #ishaankhatter #tabuforlife #tabutiful #beautiful #gorgeous #stunning #bbc

The series comprises of six episodes for a brand new BBC1 period drama. Set in the 1950s, the family saga reflects on values and culture and India learns to adjust to the newly found independence.

As the trailer reflects, the backdrop is stunning, the cast is stellar, and fans are more than excited!

Watch the trailer below:

“A Suitable Boy” revolves around the lead protagonist- a spirited university student Lata, (Tanya Maniktala) as she comes of marriageable age in North India. Set in 1951, the country is figuring out its own freedom and identity as a newly independent country while first democratic general elections are right around the corner.

Meanwhile, a young man Maan (Ishaan Khatter of Dharak) meets Lata at their siblings wedding and is a source of constant embarrassment to his family and father- a political figure. Maan is obsessed with a courtesan Saeeda Bai (Tabu).

While speaking about the new project, Davies told Radio Times:

“I am truly thrilled to be chosen by Vikram Seth to adapt his masterpiece A Suitable Boy for the screen. It’s a charming, almost Austenesque story, with a delightfully relatable heroine, set against the turbulent background of India in the years following Partition. It has been a total joy to work on, and I hope that audiences will love it as much as I do.”

The project is led by the BAFTA and Oscar nominated director Mira Nair, who has directed famous projects such as Monsoon Wedding and The Namesake. Here is what she had to say:

“Vikram tells the story of a free India and our people with wit, clarity and love – I am deeply honoured to be the one bringing this intimate, epic tale of an unseen India to the world. Today, A Suitable Boy is timelier than ever”.

“With a mix of legendary and cutting-edge actors from the subcontinent, shooting entirely on location in palaces, villages and streets across northern India, we will keep the history and dream of an alternate India alive.”

“The demand for quality British drama is higher than ever globally so we are thrilled to be partnering with Netflix on this wonderful series to bring audiences around the world Vikram Seth’s literary classic reimagined with such colour and vigor,” said director of independent drama at BBC Studios, Caroline Stone to Variety.com.

“The talent on and off screen for ‘A Suitable Boy’ are exceptional and have helped to make this a series of which we are very proud.”