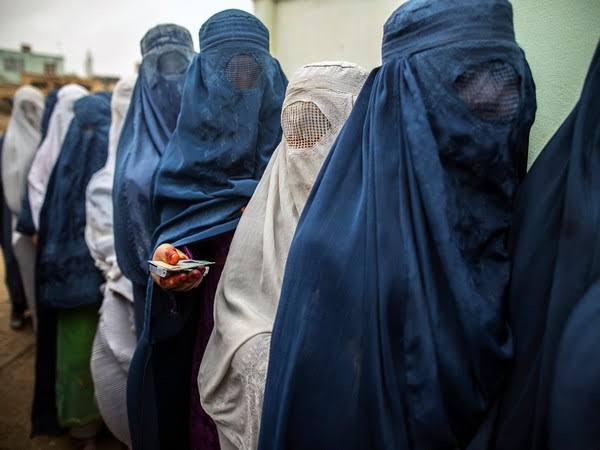 US troops left Afghanistan after 20 years, following this, the world witnessed the collapse of the Afghan government and military. While the president of the country, Ashraf Ghani has successfully fled the country, the military has given in to the Taliban, sometimes even without a fight.

Within a week’s time, the Taliban took control of Afghanistan, city after city, finally entering the outskirts of Kabul to wait for the US troops to leave.  While the future of the Afghan people seems to look dark from here onwards, the life of women and children are essentially more compromised under the Taliban’s Sharia law.

As per reports, in many cities, women who worked at offices have been told to leave and to never return. Instead, their male relatives, father, or brother can take up their positions. Reports also suggest that women are sent back from universities and little girls from schools and have been asked to never return.

In the light of the events, Malala Yousafzai tweeted that she is in complete shock of the current events. She is deeply worried about the safety of women, minorities, and human rights advocates.

We watch in complete shock as Taliban takes control of Afghanistan. I am deeply worried about women, minorities and human rights advocates. Global, regional and local powers must call for an immediate ceasefire, provide urgent humanitarian aid and protect refugees and civilians.

Middle East Matters, a media group,  says that Talibs are hunting down young girls door-to-door to claim their prizes. A lifetime of rape & sexual servitude awaits unmarried girls in Afghanistan.  Afghans from Taliban-held areas also witnessed Taliban commanders demand that communities turn over unmarried girls and women to become “wives” for the fighters. This is essentially another form of sexual violence.

PR consultant and writer, Ms. Zeb Hanifa (not her real name) on BBC’s Instagram account says she is worried she may no longer be able to work. “I am broken. There are so many young women like me – our dreams are shattered.”

Daily Mail reports that the fighters consider women as “Qhanimat’ or ‘Spoils of war’ to be divided among the victors. A letter issued by the Taliban’s Cultural Commission says, “All imams and mullahs in captured areas should provide the Taliban with a list of girls above 15 and 45 to be married to Taliban fighters”.

Under Taliban Sharia Law, the movement of women has been restricted. They can’t leave their homes without a male chaperon. If families have more than one male member, others must fight with the militants.

Even though the reports suggest that the future of women from here onwards seems to be dark, Enamullah Samangani comments, a member of the Taliban’s cultural commission who represents the first comments on governance, suggest otherwise.

As on Tuesday, the Taliban have declared an “amnesty”. They are urging women to join its government. Samangani said, “The Islamic Emirate doesn’t want women to be victims. They should be in government structure according to Shariah law.”

International women’s day is being celebrated worldwide. Countries acknowledge great efforts made by their women in different fields despite facing diverse challenges such as the pay gap, gender bias, stereotypes, and norms. These women have carved a benchmark for themselves and set a bar for other women around them to follow.