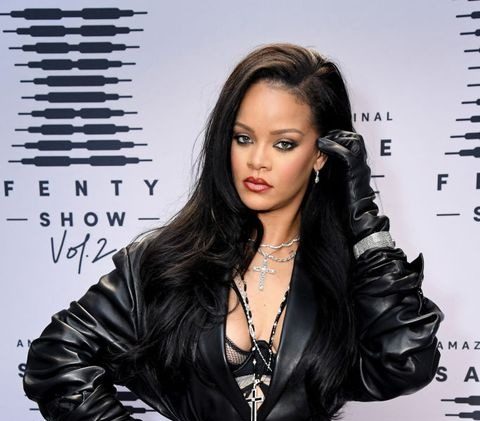 Seems like Rihanna loves being at the centre of controversy!  The singer turned businesswoman is facing major backlash for sparking furty amongst muslims. The 32-year-old is being slammed for using a hadith in her song being played at the Savage X Fenty Runway Fashion show.

Rihanna who has included a hijabi model, in her Fenty beauty collection previously and is known to promote diversity and inclusion through her beauty line, angered the global Muslim community by disrespecting the Muslim religion in her latest launch show. The singer used a crude version of a song that included a hadith, as the background score, when introducing her lingerie line called Savage X Fenty, sparking outrage on social media.

People called her action ignorant and atrocious. The Fenty show featured a Hadith which was disrespectfully sped up and mixed with dance music which was played as models walked and performed on the runway.

A lot of her fans have spoken in her favour and supported her, stating that the singer was not aware of the background score selected.  On the other hand, a lot of Muslims negated the claim, since this is her brand and she is definitely responsible.

Muslims all over the world are offended and outrageous!

rihanna is responsible for this even if she didn’t choose the music. she hired her team and she must’ve heard the songs beforehand and just because she’s rihanna doesn’t give her a free pass to disrespect a religion pic.twitter.com/V2oZErQhOg

when muslim women wear hijab people call them terrorists but when rihanna wears it it's called fashion. muslims go to the mosque for salah even after being victims of terrorist attacks while rihanna goes there for photoshoots and then non muslims tell us not to get offended lmao

i can’t let Rihanna have a pass w appropriating Islam like for her first show the models wore a scarf around their heads and it looked like HIJAB and her second show she used a track that remixed a HADITH….why is no one talking about this, my religion is not y’all’s aesthetic

i feel like islamaphobia is so normalised to the point where people are calling us dramatic for being mad when our religion gets disrespected? hadith are sacred words of the prophet, they’re used to guide muslims & are second to only the Quran. rihanna should know better.

Rihanna made a whack disicion on this one… She's big but not bigger than any religion pic.twitter.com/awApDd7WbJ

this just proves that cancel culture is selective. what rihanna did is WAY worse than wearing a mesh mask pic.twitter.com/pPKzp41uUQ

The song also known as doom has been created by a London based producer called Coucou Chloe and includes vocal samples of the Hadith in Arabic which indicates the end of times and the judgement day.

Rihanna was responsible for the whole show even if she did not choose the music. The singer hired the team and the atrocity committed doesn’t giver her way out after disrespecting a religion and a global community.

Some people are seriously mad!

Using Islamic Hadith as a Background Music is Highly Discourteous. Rihanna and All Others who were Involved in this Shit can Fuck Off. And to All the Islamophobes, It's Abhorrent not Aesthetic. You don't Know Anything about Our Religion, so Stay Out of it.pic.twitter.com/jW3mZiLlKF

Rihanna must apologize and delete that track. Spread the word. pic.twitter.com/JAH69gSCwG

Rihanna had the audacity to include a hijabi model in her makeup line photo shoot and is disrespecting our religion once again
I’m saying it again our religion isn’t an aesthetic of yours please just fuck off if you think what she did was okay pic.twitter.com/mk6zAGcqe6

Previously Rihanna decided to pose for a photo-shoot in front of the Sheikh Zayed Grand Mosque in Abu Dubai and stirred Muslim emotions and sparking fury amongst the Muslim community. 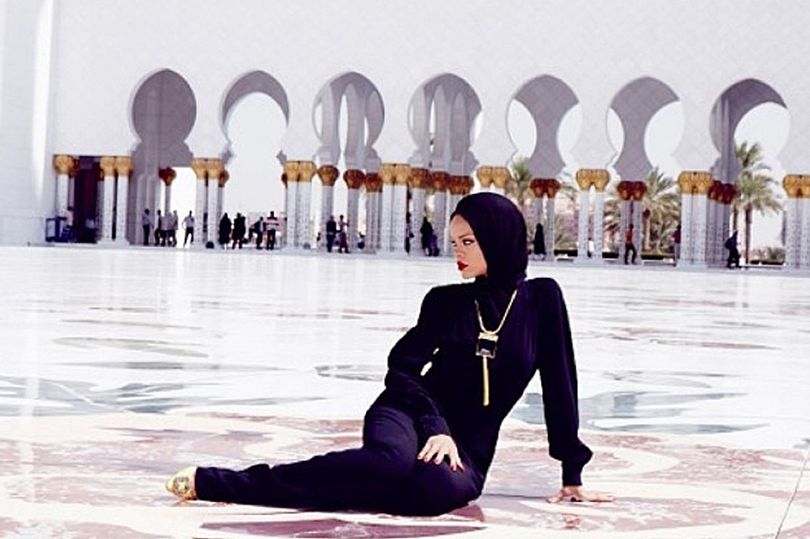 She then went on to include a hijabi girl model in her team, to reflect inclusivity and diversity. However, this bizarre act at the Fenty show will not allow her Muslim fans to forgive her easily.

just found out in october 2013 rihanna also posed for inappropriate photos in front of A MOSQUE. (basically a church for muslims): pic.twitter.com/DUuiCuwXhE

so rihanna has a clear history of disrespecting islam and muslims, and continued this pattern with her savage x fenty show, which was meant to be the “standard” for inclusion. when are you gonna start holding ur faves accountable? pic.twitter.com/UoTJkeDJfW

What do you have to say on this? Share your thoughts in comments below.

Qatar Airways Thanks Teachers By Giving Out 21,000 Complimentary Tickets For a Well Spent Holiday