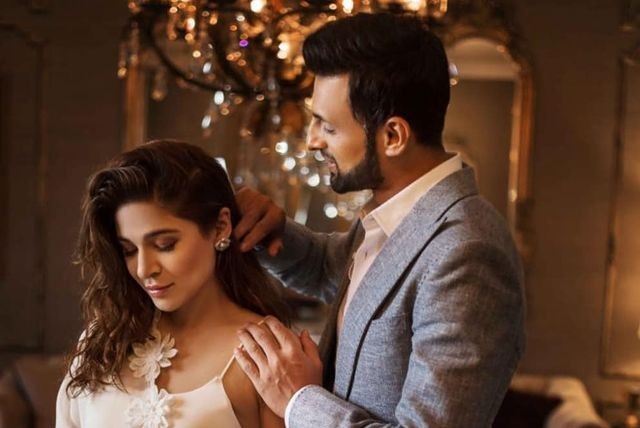 Pakistani cricketer Shoaib Malik and film-TV actress Ayesha Omar face controversy after pictures from a sizzling photoshoot for a reputed magazine came out.

Both the stars, successful in their fields of work, have revealed quite a bit about themselves to the magazine. However, the photoshoot received massive speculation as Shoaib Malik is married to Indian tennis player Sania Mirza. Fans wondered how someone’s husband/wife could allow such photoshoots to happen. 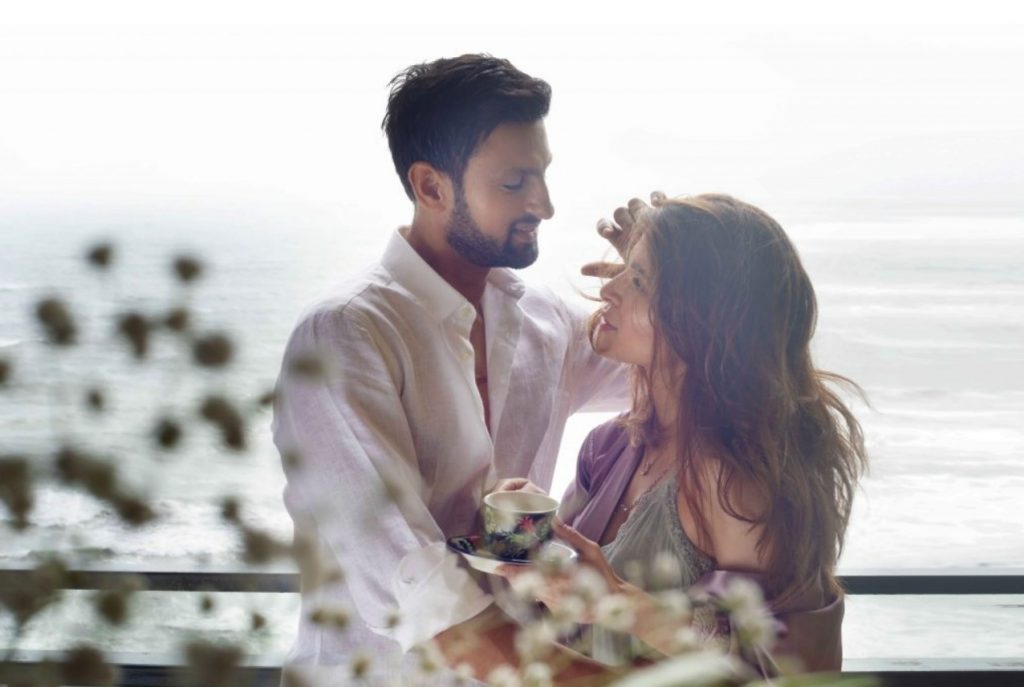 Speaking of her health, Ayesha revealed that she’s keen on nutrition rather than calorie count. She makes sure she’s eating food that provides enough energy to her body. When she’s traveling, she walks a lot. Apart from focusing on acting, Ayesha is planning to branch out her brand Ayesha O Beauty. She is planning to go into haircare and other branches and expand the brand internationally. 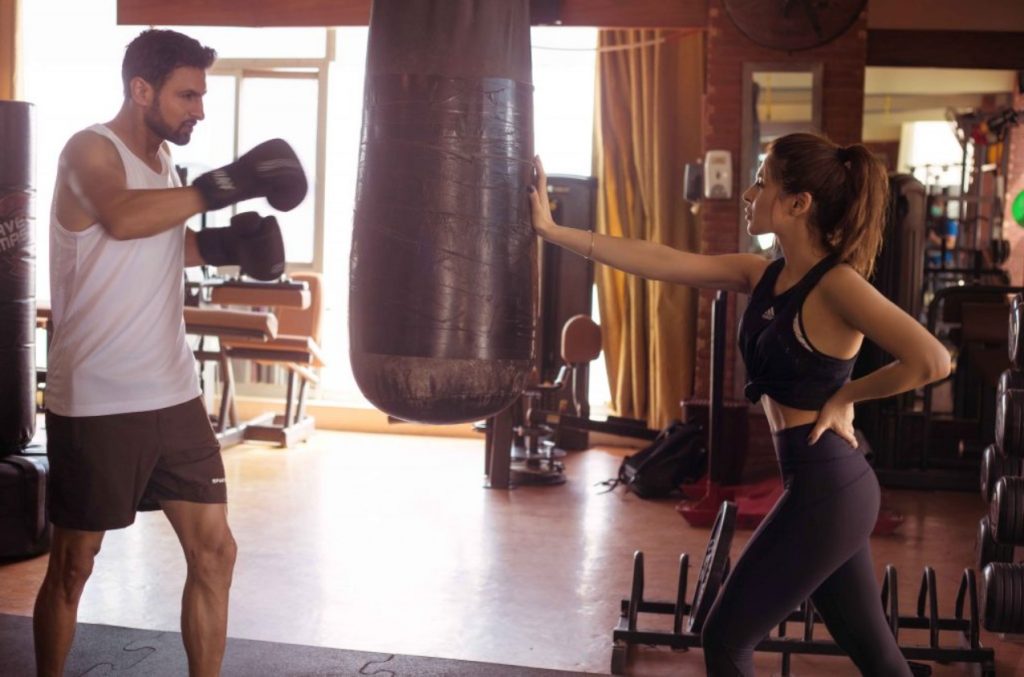 Shoaib revealed that he lives between Dubai and Pakistan. He and his wife Sania travel a lot for work so they take their time to schedule and coordinate. Shoaib has his priorities in order and feels lucky that his family understands them, too, so they try hard to work on communication and other things. 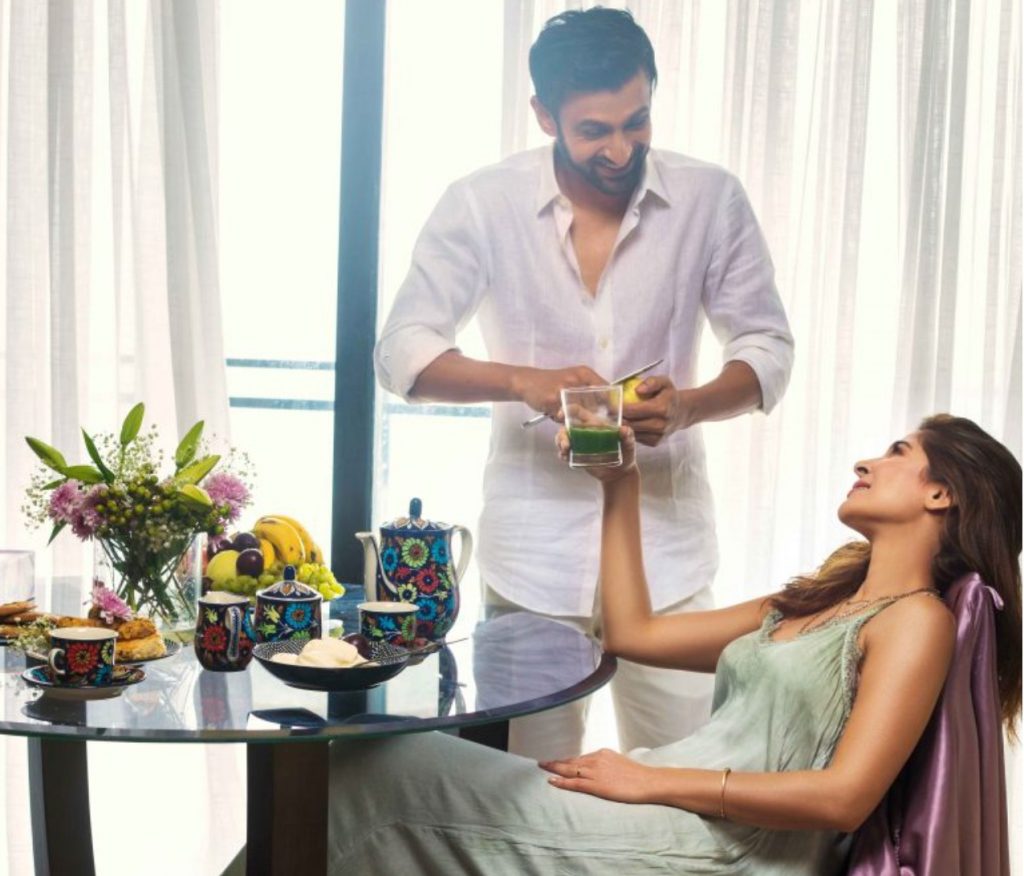 When Shoaib was asked if he is transitioning into becoming a model and actor, he replied, “As of now I don’t have any plans to make that transition as I still believe that I have a few years of cricket left in me InshAllah…but never say never.” 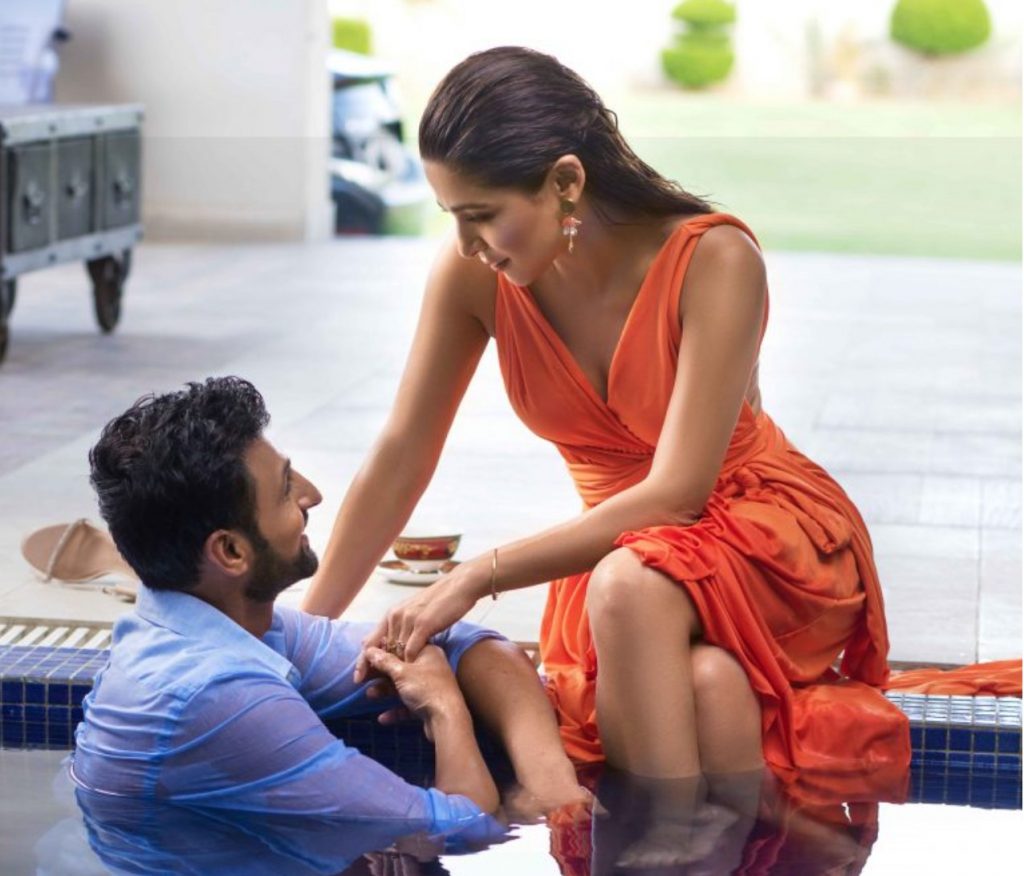 This is not the first time, this year, that Shoaib’s name is attached to an actress. In May, Pakistani actress Sonya Hussyn revealed during a talk show that her mother wanted her to marry Shoaib Malik when she brought her home.  The host of the show, Ahsan Khan, asked how Sonya’s parents never knew Shoaib was already married as his marriage was popular in Pakistan and India. 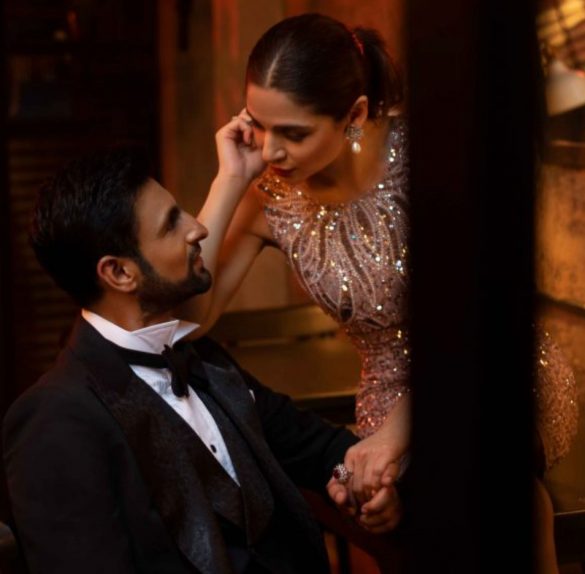 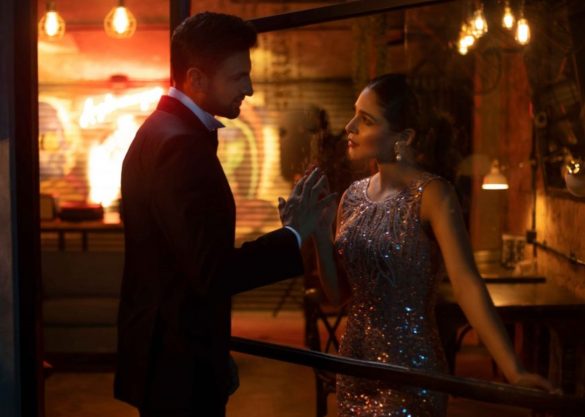 Sonya replied that they didn’t watch a lot of tv and weren’t up to date on the news; however, she later told them that Malik is already married to Sania Mirza. After finding out, Shoaib said he never went to her parent’s house ever again after what had happened.

The latest photoshoot of Syra Yousuf and Sheheryar Munawar for OK! magazine has become the talk of the town. The duo looks breathtaking together for the magazine’s latest issue called ‘Fall Romance.’The talented Rizwan Haq took the photographs. Interview and styling were done by Rao Ali Khan and make- up by Arshad Khan.