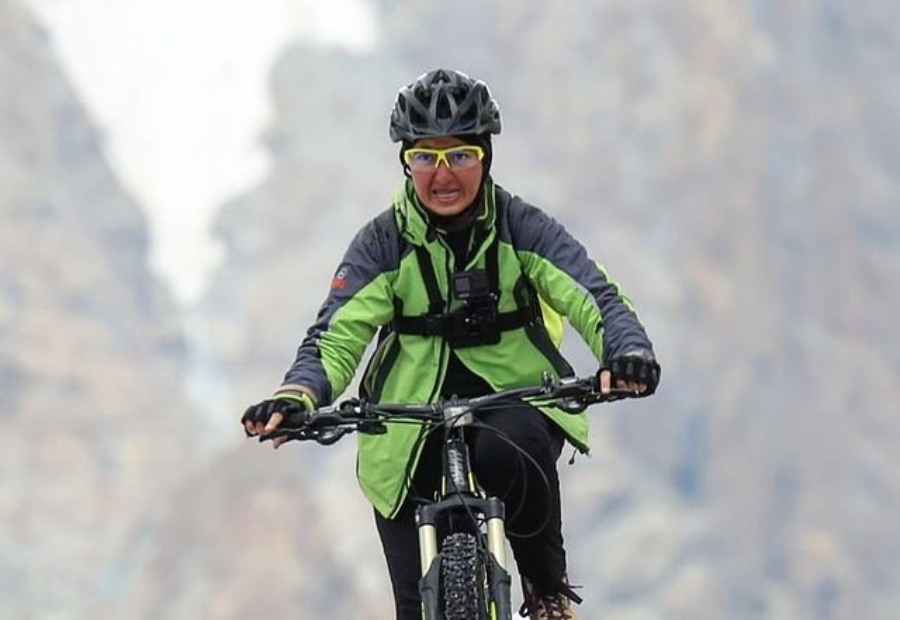 Another great milestone was achieved! Popular Pakistani cyclist, mountain biker, and extreme sports athlete Samar Khan made headlines after reaching the world’s second-highest mountain K2’s base camp on a cycle. As per the local publishing site, by traveling to the K2 base camp on her cycle, Khan has made history and become the only female cyclist in Pakistan to reach the campsite.

The news was confirmed by Khan herself on Instagram. She said the way to K2’s base camp is tough and long, which she has managed to cross successfully. She said in her post, “Doorway to Choghori (K2). The stage where prayers are answered or sometimes delayed, where I got to see the clear face of majestic Choghori, standing with grace”.

“The distance between Ghoro2 & Concordia is good 5-6 hours rocky track elevating up to 4575 meters & more.
But the real deal is to cross the dangerous crevices around Concordia & cross the long Godwin Austin glacier to reach 5000 meters (basecamp).”

Previously, Kahn became the first Pakistani to summit Mount Kilimanjaro and the Biafo Glaciers in the Karakoram Range on a bike.

The athlete also revealed how she was treated after participating in a race by a tv channel and the host. “The host didn’t know my name or profile, but they wanted me on their show. I just participated in a race where the athletes were put together in one room like farm animals. Still, the people who were put up in top-notch facilities near the slopes had large fan followings on social media,” she said in the video.

Biker Girl from Balochistan Gets a Learner’s Permit After Driving in Disguise as a Boy. Read the full story here:

The 17-year-old Khadija Tul Kubra has been given a learner’s permit after her story of driving in disguise as a boy in Balochistan went viral. She drops her siblings to school, crossing alleyways and roads filled with men on her bike in Quetta, the capital of Pakistan’s southwestern Balochistan province.