Sadaf Kanwal Wishes Her Husband On His Birthday and Gets Slammed By The Haters! 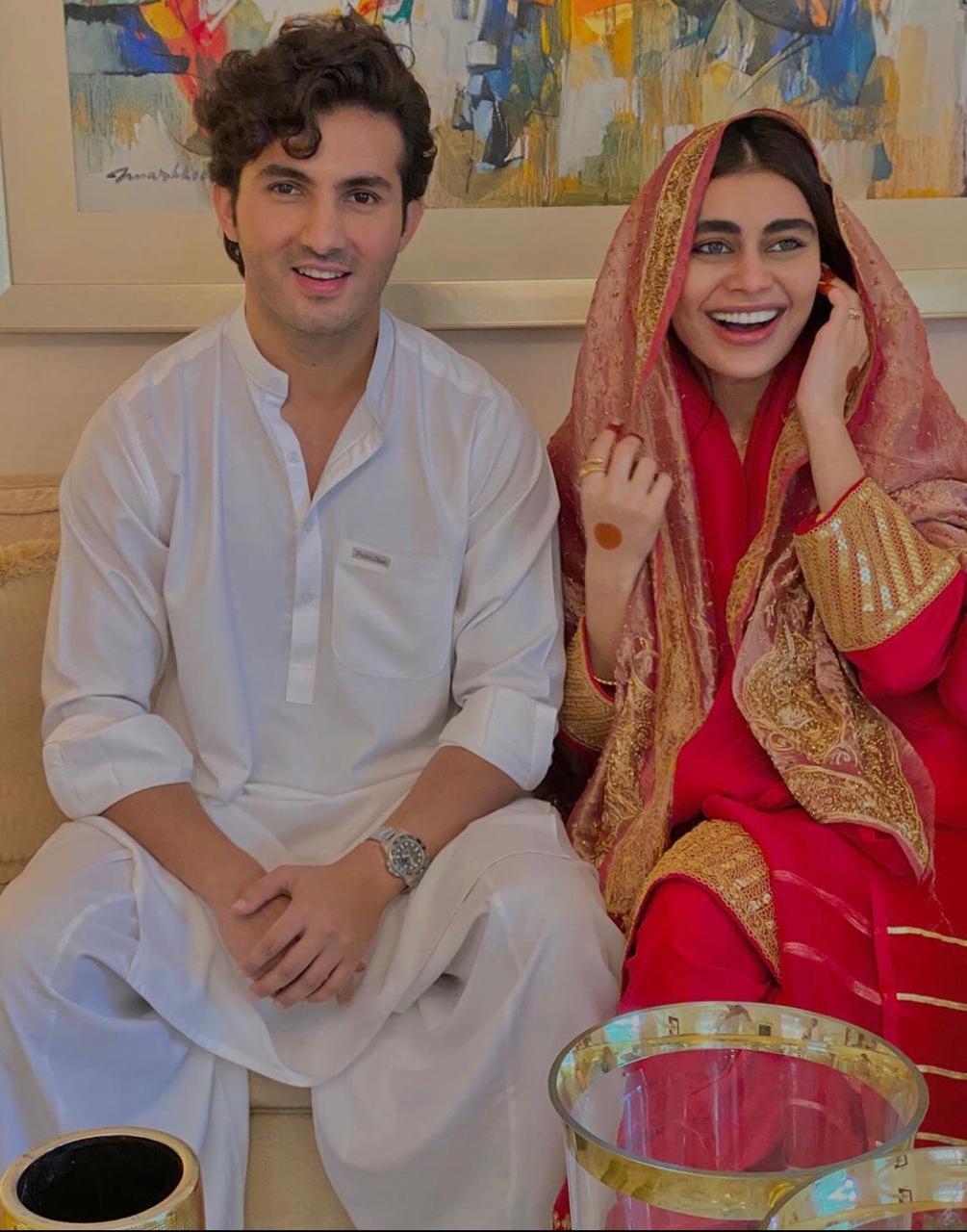 Shahroz Sabzwari and Sadaf Kanwal have been facing tough times ever since they announced their wedding on social media.  They have been facing a lot of hatred from the people and both the celebrities have received tons of derogatory comments on Instagram, Facebook and Twitter.

But no matter how ugly the trolling gets, the lovebirds don’t quite seem to be effected by it. Instead, their love and respect for each other keeps growing by the day and that is perceptible enough from Sadaf Kanwal’s recent Instagram post for her husband.

The happy couple got married in May 2020 in an intimate event with both the party’s immediate family. Sadaf Kanwal wrote a heart-felt note for her soulmate and loving husband on his birthday that gathered a lot of love and admiration for couple. There love for each other seems unshakeable.

Sadaf shared her feelings on her Instagram with a delightful post with her 1.1 million followers. She posted a picture of her husband with an adorable cake and captioned it;

“Souls recognize each other by vibes, not by appearances… Happy birthday my darling soul mate. Love you”

Souls recognise each other by vibes, not by appearances… Happy birthday my darling soul mate. Love you ♥️

The birthday boy, Shahroz, also replied to the lovely post with:

“I Love you”
Many celebrities and fans filled the comments section with lovely wishes for Shahroz and the post hit almost 50,000 likes.
After receiving so much love, Shahroz took to his Instagram as well and posted a lovely photo with a bouquet of red roses in his arms.

On the other hand, a few people took this as an opportunity to defame the two with hateful comments who got married after Shahroz Sabzwari and his ex-wife Syra Yousuf called it quits and ended their seven years of marriage in the month of February.

Syra and Shahroz were separated way before Shahroz’s wedding with Sadaf since there were rumors that the two of them were having an affair. But Shahroz denied all allegations and even came up with videos justifying that Sadaf Kanwal is just a friend and she’s like a sister to him, yet after divorcing Syra he ended up marrying Sadaf Kanwal which left the social media shocked and Syra’s fans devastated and angry.

The story is based on two sisters Uroosa Siddiqui and Sadaf Kanwal married to Shahroz Sabzwari and Ahmed Hassan. Jawed Sheikh appeared as the father-in-law who financially supported the boys. Shahroz and Sadaf shared that the comfort level between them was too good on the set and that they’ve always loved working with each other. This was their second experience of working together and the first experience as a married couple.

Since so many of ya’ll tell me I look like @sadafkanwal and also because I was very farigh, I thought of making this fun little video🤣🤣 P.s thanks for the inspiration @ronit.ashra ((if you guys dont know him YOU MUST WATCH ALL HIS MIMICRIES HE IS SOOO GOOD)) . . . . . . . . #instadaily #instagood #explore #exploremore #explorepage #viral #funny #comedy #mimic #copy #expressions #sadafkanwal #sadafsabzwari #mimicry

What do you think of this reaction by the media shared above? Is it justified? Share your thoughts in the comments below.

Ada Jafarey: The First Lady of Urdu Poetry Was Known for Her ‘Feminist Way of Expression’