Ada Jafarey: The First Lady of Urdu Poetry Was Known for Her ‘Feminist Way of Expression’ 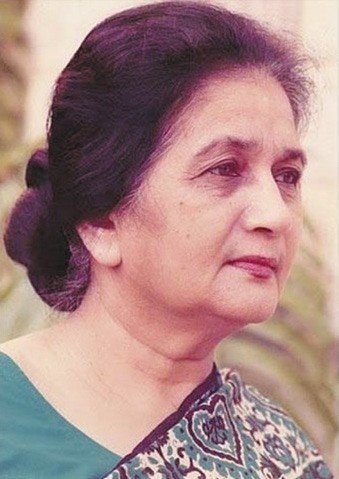 August 22nd marked the birth anniversary of one of the first biggest female Urdu poets to be published, Ada Jafarey. Also known as Ada Jafri, this Pakistani female Urdu poet is regarded as “The First Lady of Urdu Poetry”. Also an author, Ada Jafri was considered to be prominent name in Urdu literature.

It is indeed sad that such a talented gem of a poet has been forgotten and is unheard of by the generation of today. Not getting the recognition she deserved in her times, makes us think whether it was because she was a woman?

Ada Jafri has received many awards to celebrate her efforts and contribution to the Urdu Literature. Awarded from the Government of Pakistan, the Pakistan Writers’ Guild, and literary societies of North America and Europe in recognition of her efforts.

Today is the Birth Anniversary of Ada Jafarey, often spelled Ada Jafri, who was a Pakistani poet and is regarded as the first major female Urdu poet to be published and has been called "The First Lady of Urdu Poetry". She was also an author and was considered a prominent figure in contemporary Urdu literature. . She received awards from the Government of Pakistan, the Pakistan Writers' Guild, and literary societies of North America and Europe in recognition of her efforts. . Aziz Jahan was born in Badayun, U.P. Her father, Maulvi Badrul Hasan died when she was three, and her mother brought her up. She started composing poetry when she was twelve years old, under the pen name of Ada Badayuni. . She married Nurul Hasan Jafarey in 1947, in Lucknow, India. After her marriage, she took her pen name Ada Jafarey, and moved with her husband to Karachi after independence. Her husband was a littérateur himself who wrote columns for both English and Urdu newspapers. He also served as the president of the Anjuman-i Taraqqi-i Urdu. . Her mother, and her husband Nurul Hasan Jafarey, encouraged her. She was the student of great poets like Akhtar Sheerani and Jafar Ali Khan Asar Lakhnavi and used to get her poetry checked and corrected by them. . Ada Jafarey writes in a gender-neutral mode,though her works include themes like discrimination and dehumanisation of women and of them being viewed as sexual objects. Her personality seems absent from her poetry. . Her ghazal, Hoṉṭoṉ pih kabhī un ke merā nām hī āʾe was sung and popularised by Ustad Amanat Ali Khan.The first couplet of that ghazal is: . ‎ہونٹوں پہ کبھی ان کے، میرا نام ہی آئے ؎ ‎آئے تو سہی، برسرالزام ہی آئے . Transliteration: . Hoṉṭoṉ pih kabhī un ke, merā nām hī āʾe Āʾe to sahī, barsar-i ilzām hī āʾe . She was the recipient of various prestigious national and international literary awards. . The Urdu poet and critic, Jazib Qureshi, said: “Ada Jafarey is the first and only lady poet who carries in her poetry the eternal colours of Ghalib, Iqbal, and Jigar.” . – Wikipedia . NOTE: follow Joy of Urdu. Links to our platforms in Bio.

Born in Badayun in U.P.  she was named Aziz Jahan by her parents. She lost Her father, Maulvi Badrul Hasan when she was three, and was raised by her mother alone. Under the pen name of Ada Badayuni, the poetress started writing poetry at the age of 12.

Great poets like Akhtar Sheerani and Jafar Ali Khan Asar Lakhnavi used to teach her and correct her work. 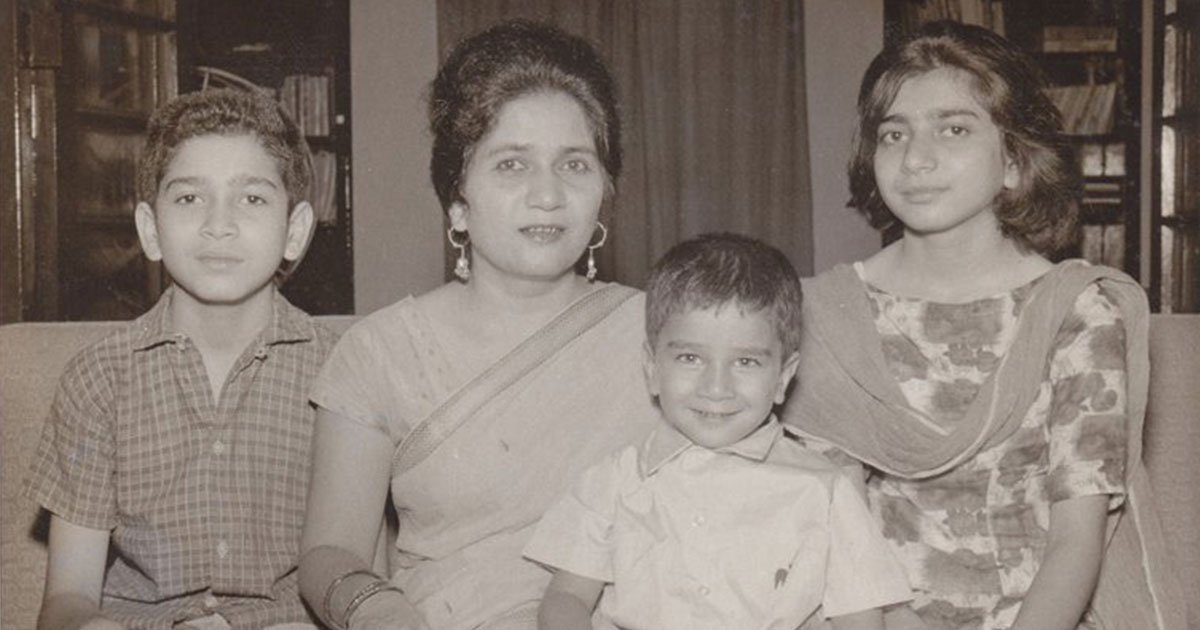 A rare shot of Ada Jafarey with her family Source: RekhtaBlog

Married to top ranking civil servant of the Federal Government of India named Nurul Hasan Jafarey in 1947, Lucknow India, Ada Bayaduni changed her pen name to Ada Jafarey. She moved to Karachi with her husband after the Independence and was encouraged to write by her husband and mother inspite of social complications. Her husband was also into literature as he wrote for the Urdu and English newspapers. And was also the president of the magazine Anjuman-i Taraqqi- Urdu.

Ada Jafarey’s work includes bold themes for her time- She has written on themes like objectification of women, and discrimination. She also wrote about her relationship with her husband and her experience of being a mother, but one can’t help but notice how these relationships did not fulfill her entirely.

She mostly wrote Nazams but also worked on Urdu Haiku and Azad Nazam. She mastered both nazam and ghazals. She even wrote some maẓāmīn.

Ada Jafarey’s first ghazal was published in Akhtar Sheerani’s magazine, in 1945. She then published her first collection of poems, “Maiṉ Sāz Ḍhūṉḍtī Rahī” in 1950. Her book, ‘G̲h̲azal Numā’, contained short essays and short biographies along with commentaries on the work of previous Urdu poets; this was published in 1987.

Besides this, she published five collections of Urdu poetry and forty research papers.

Several critics have commented on Jafarey’s poetry saying it is filled with politeness of expression. She combines both old and contemporary in an artistic way.  Many called her writing a ‘feminist way of expression’.

Hamdard Foundation, New Delhi recognized her as the “Outstanding Female Poet of the Century” in 1955. And in 1967 she was awarded the Adamjee Literary Award by the Pakistan Writers’ Guild. Moreover, to recognize and celebrate her work, the Government of Pakistan awarded her the Medal of Excellence in 1981.

She was also the recepient of the Baba-e Urdu, Dr. Maulvi Abdul Haq Award from the Pakistan Academy of Letters in 1994,and received the Quaid-e Azam Literary Award in 1997.

She won various international awards from literary societies in North America and Europe.

She was honored with a Pride of Performance Award for Literature in 2003 by The Government of Pakistan (announced on 14 August 2002). Moreover, she was the first female recipient of the Kamal-e Fan Award by the Pakistan Academy of Letters in 2003, for lifetime achievement in literature.

“I did not accept the restrictions imposed by men, rather accepted only those restrictions which my mind has imposed upon me… I think that saying things from behind a veil is more appropriate because symbolism and allusion are the beauty of poetry, too.”

This is indeed incredibly impressive. It’s a pity we don’t grow up hearing about these awesome women.

Sadaf Kanwal Wishes Her Husband On His Birthday and Gets Slammed By The Haters!