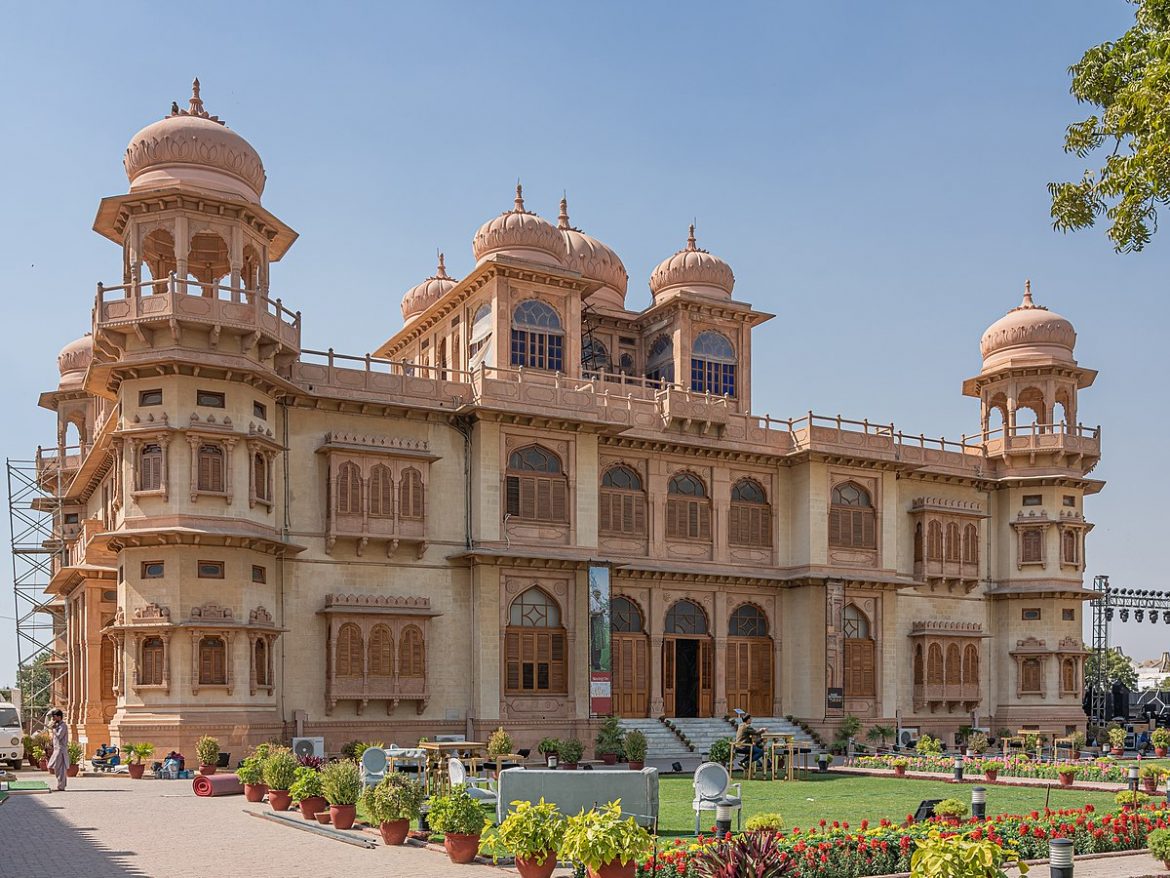 Last week, the Sindh Court ordered Mohatta Palace, also known as Qasr-e-Fatima, into a medical and dental college for girls. The decision came late after a long-standing feud over the heritage property of late Fatima Jinnah.

Mohatta Palace Museum is located in Karachi’s Clifton area currently used for cultural shows and events. The palace was built in 1927 by a Hindu businessman, Shivratan Mohatta, before the partition. It was designed by Agha Ahmed Hussain, the first Muslim architect of the sub-continent of the 24 architectural firms in the 20th century. It was Shivratan Mohatta’s posh seaside summer home.

Mohatta Palace, that's what we call it. ♥️ pic.twitter.com/KT6vjLaHRd

Justice Zulfiqar Ahmad Khan gave the order after the pursuer (relatives of Fatima Jinnah) and defendants (Shireen Jinnah Charitable Trust) agreed to peacefully settle the dispute and approve setting a medical and dental college for girls.

Following the news, residents of Karachi strongly opposed Sindh High Court’s decision on turning a heritage building into a college.

Dr Kaiser Bengali strongly opposed the idea. He said, “it should remain a museum and site for cultural activities.”

Strongly oppose Sindh High Court order for setting up medical college at Mohatta Palace. It should remain a museum and site for cultural activities.

Former Member of Pakistan Parliament, Farahnaz Ispahani said Mohatta Palace should remain as it is for cultural events. “Karachi has a lot of unused buildings or space to build a purpose built medical college.”

#SaveMohatta #SaveMohattaPalace
There is only 1 Mohatta Palace and it’s used for beautiful cultural events.
Karachi has a lot of unused buildings or space to build a purpose built medical college. https://t.co/KW5nM5aJCR

Freelance journalist Afia Salam said, “This [Mohatta Palace] is a heritage building.. a museum that gives education about history, art and culture to people. Girls medical colleges can be established just anywhere and named after her [Fatima Jinnah].”

This is #MohattaPalace… NOT Qasr-Fatima…. This erasure of history by courts is a dangerous trend. this is a Heritage building… a museum that gives education about history, art and culture to people. Girls medical colleges can be established just anywhere & named after her! https://t.co/9KYUd7RVBF

Mohatta Palace is a heritage site. One fails to understand why court has ordered changing its name. How can courts change historical identity of any place pic.twitter.com/tVG49dXtPV

Civil Rights Lawyer Shahab Usto petitioned on social media to save Mohatta Palace. He said in a tweet, “If you can’t make history, then at least don’t destroy its glorious remnants!”

Save Mohatta Palace:
If you can't make history, then at least don't destroy its glorious remnants!

Absolutely distraught after reading about #SindhHighCourt ordering Mohatta Palace be turned into a medical college.
I know it's very easy to sit on a high stool and live in a bubble, but Mohatta Palace is a public space this city desperately needs.
Bahria town mei banao college /

‘UNESCO must take notice to prevent the site from destruction,” says a user on Twitter.

Have judges gone bonkers?
They are ruining by turning a cultural heritage Mohatta palace into a medical college. @UNESCO must take notice to prevent the site from destruction. pic.twitter.com/Blva78ctSe

Mohatta Palace is a pubic place and should remain public. college do purchase new building. #SaveMohattaPalace from conversion to a college.

Everywhere in the world historical buildings are used as museums, functions and sometimes even grand weddings, which generates funds for building itself.
Silly Sindh court decides to convert Mohatta palace to medical college.

Why are we so keen to erase OUR history & OUR culture?
Our history is centuries old and didn't begin when Mohd Bin Qasim set foot here. Our culture has been there long before that.
And now we're after OUR heritage- the recent victim being the Mohatta Palace.
Shame!

Daughter of politician Murtaza Bhutto, writer and columnist Fatima Bhutto said on Twitter,” You’ve got to be joking.”

You’ve got to be joking https://t.co/GZORjhnlU2

There is no logic in converting the heritage building into a medical college, said a user.

I wonder why certain judges have problem with Sindh’s culture & heritage? Mohatta palace is a cultural heritage what is a logic to convert it into a medical college? https://t.co/lf5rK9rVFq