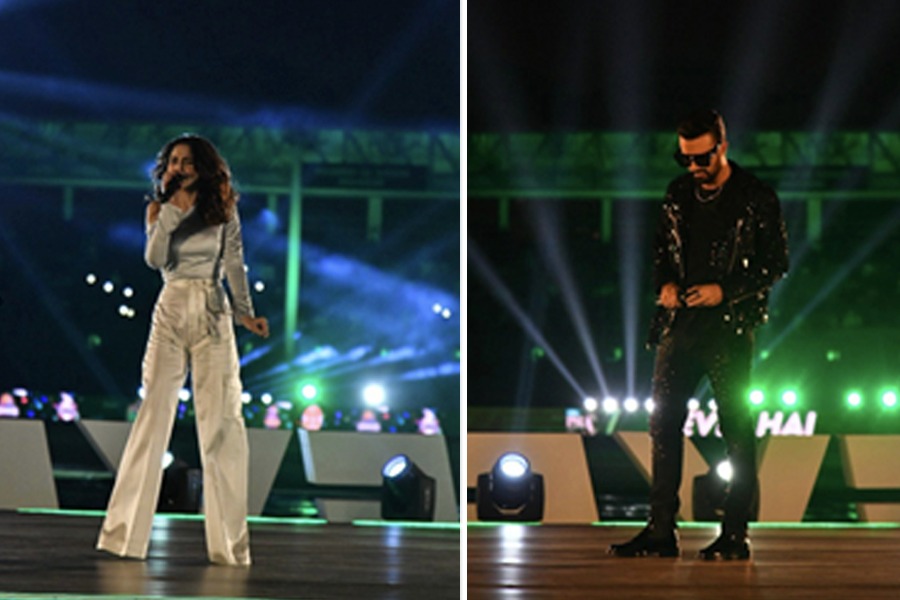 Pakistan Super League (PSL) is one of our favorite tournaments in the country. The tournament officially kick-started in Karachi last night with a stunning opening ceremony and huge traffic jams in Karachi.

Opening Ceremony had it all. The buzz, spark and glamor!#PSL7 #KKvMS

PSL in karachi or as the residents like to call it; jaan ka azaab.

The first match was held at the National Stadium Karachi and was between the Multan Sultans and Karachi Kings. The opening ceremony which kickstarted with PM Imran Khan’s opening video was live-streamed by thousands online who complained of it being short.

Though it was a small and short ceremony due to covid rise but they have done a quite decent job#PSL7 pic.twitter.com/mR8hFJqoOl

A wonderful curtain raiser of PSL7. Cut throat competition b/w 6 amazing teams will make the event exciting & competitive. Action packed cricket. Cricket will be at its best. Every player will try to shine & PSL will fly high IA. #PSL7 #PSL2022

Of course, there was a live performance of the PSL anthem by Atif Aslam and Aima Baig, and a documentary exploring the history of Pakistani cricket was shown.

Quickly, PSL 7 started trending on Twitter, and Pakistanis were already on their meme game, while others were invested in live commentary through their tweets.

Ramiz Raja getting off the helicopter in Kabhi Khushi Kabhi Gham style was everything!

Lahore Qalandars were clearly the underdog but with a huge fan following on social media.

Some people hated the PSL Anthem so much they couldn’t get past it. However, the wardrobe for the two performers, Arif Aslam and Aima Baig, was questionable, and many pointed that out.

Awful awful song. And whoever did wardrobe for these two people did their best to sabotage it further. https://t.co/uj2aMZO39P

A user wrote, “Lord free atif from the shackles of wearing sequined blazers.”

PTV SPORTS! IN HD? IN MY LIFETIME? HAS A MISTAKE BEEN MADE?

Fawad Chaudhry definitely deserves a standing ovation for this one!

Oh my gosh PTV Sports in HD qayamat is near.

PTV Sports finally in HD.
Good work @fawadchaudhry ! Credit where it's due!

The newly-appointed chairman Ramiz Raja announced this week that he hopes the Pakistan Cricket Board (PCB) will launch a women’s version of the Pakistan Super League (PSL) Twenty20 tournament soon. Ramiz’s announcement was relatively vague when he announced he has women’s PSL in his mind. However, it held significant meaning and gave hope to many women in the sport. In the same video posted on Twitter, Ramiz also announced the board’s plan to launch an Under-19 men’s edition of the PSL for men.