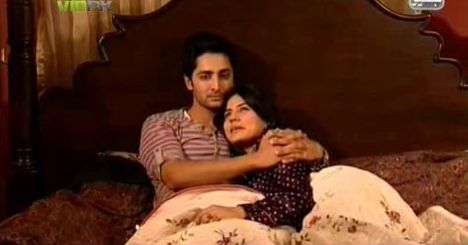 Pakistan electronic media regulatory authority (PEMRA) Islamabad has issued a notification on the 21st of October, 21, that advises satellite tv channels to refrain from airing intimate scenes with hugs and extramarital affairs in Pakistani dramas.

Earlier on, PEMRA has conveyed directives to TV channels to not air objectionable dramas, content based on indecent dressing, caressing, bed scenes, and gestures, sensitive/controversial plots, and unnecessary detailing of the event(s) which are highly disturbing, distressing for the viewers. Additionally, against the commonly accepted standards of decency.

The authority indicated that even then, they have received numerous complaints from the general public on Pakistan Citizen Portal (PCP) and media/WhatsApp groups. The statement said, “A considerable stratum of society believes that dramas are not depicting a true picture of Pakistani society. Hugs/caress scenes/extramartial relations, vulgar/bold dressing, bed scenes and intimacy of married couple are being glamorized in utter disregard to Islamic teachings and culture of Pakistan society. ” 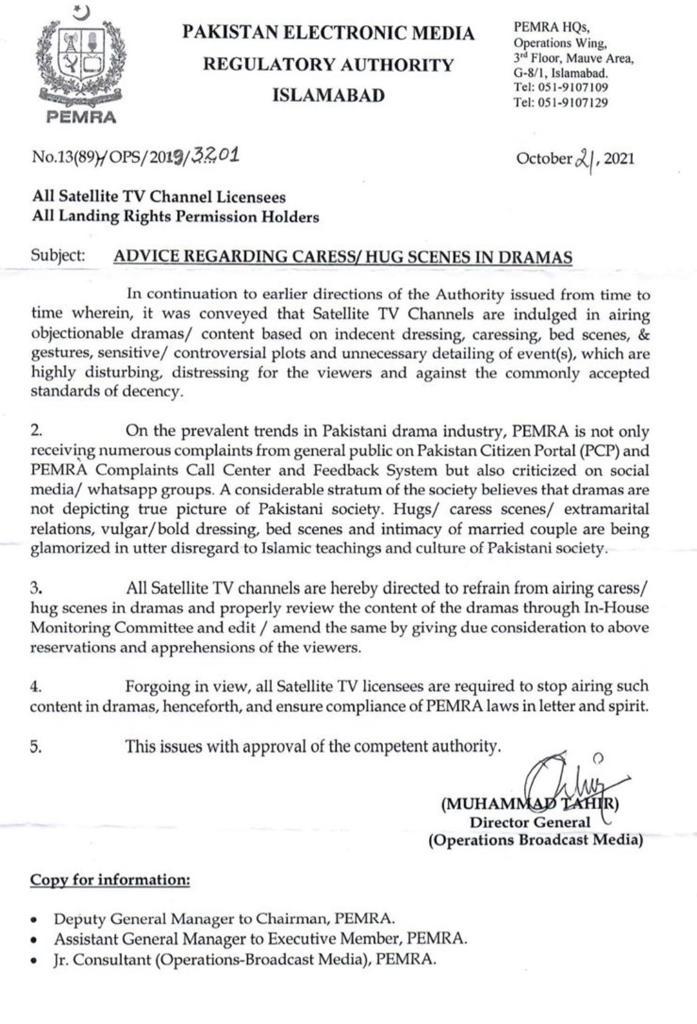 In recent years, since the revival of cinema and tv, authorities have been alert on the kind of content and intimate scenes being produced and, of course, aired to the masses on big and small screens. While some may reason this restriction with religious and cultural values, it dramatically limits the ground to display genuine human emotions for filmmakers and drama writers.

Some may also believe that the restrictions imposed on artists limit creative expression, which further hinders the growth of the entertainment industry. Pakistani film industry already lacks significantly in many areas in the field compared to Bollywood, prospering in our neighboring country, India.

Ahsan Khan’s famous talk show, Time Out with Ahsan Khan, has come under fire for using animals as props on display. The animals have been appearing on the show for some time now, including parrots, rabbits, etc., for a segment where Ahsan punishes actors/actresses. The punishment is to hold animals in their laps.

7 Iconic 90s Hairstyles that are Making a Comeback