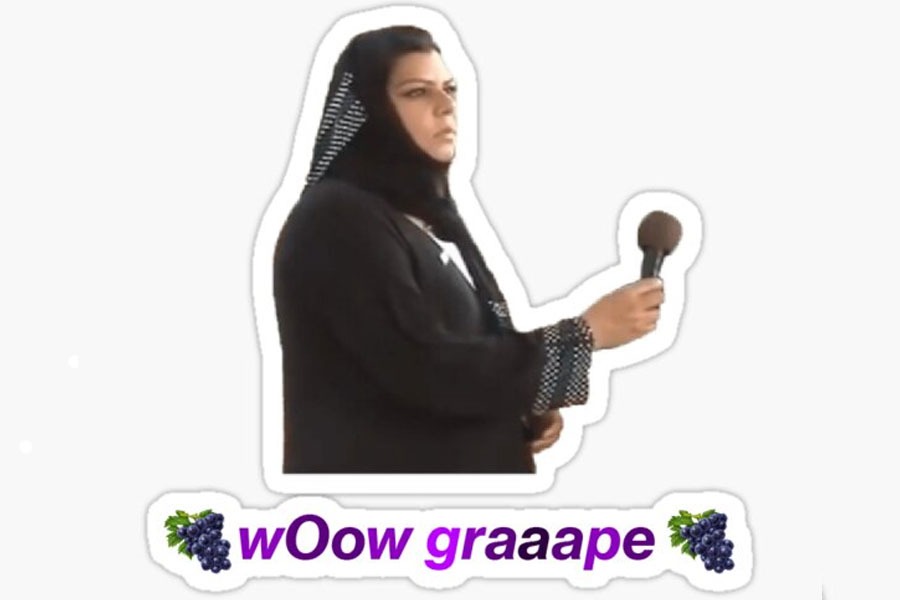 Pakistan’s viral ‘Wow Grape’ meme has conquered the hearts and minds of thousands across the globe, throwing people into fits of laughter.

Now, this super viral meme is ready to be auctioned as a Non-Fundible Token (NFT).

Reportedly, the auction will take place on 30th September on a digital art marketplace called Foundation.

Moreover, a portion of the funds that will be generated will be donated to Pakistan for the rehabilitation of flood victims.

The meme started to circulate after a Pakistani school in Saudi Arabia hosted a ceremony with students. Snippets of the teacher and the responses of the students went viral.

Elucidating on her consent behind selling the NFT, Ms Sehar Kamran said:

Everything I said or expressed during the ceremony was organic and happened naturally as you know when one speaks about their motherland, their emotions become heightened. It was even more emotional for me, and the students at the event, because we were celebrating Pakistan, away from Pakistan. Extra-curricular activities like these in school help children learn about their nation.

We need to keep up with the times and technology today. Youngsters in Pakistan are smart, and they know the importance of digital assets and investing in new technology. Similarly, NFTs are the new smart contracts and their potential has not been utilized in Pakistan.

I urge the youth to explore new avenues, especially in the digital realm because in today’s world anything is possible. We need to invest and unlock the potential of digital assets.

With the consent of Ms Sehar Kamran, the auction will be carried out in collaboration with the Sweden/Pakistan-based software house, Maqssoft.

That’s not all, the ‘Wow Grape’ trend on Twitter has more than 63 million combined views.

Do you love this meme? Share your thoughts with us in the comments below.