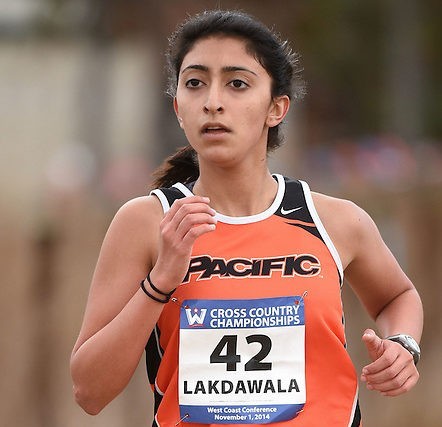 Myra Lakdawala has made the nation proud by becoming the fastest female runner from Pakistan. Studying at the University of the Pacific in America, she set a record for her country during her stretch as the track runner for the varsity team.

While running at the Johnny Mathis Invitational in San Francisco back in 2017, Myra accomplished a much bigger feat than winning the race in her time of 19 minutes, 3.10 seconds in the 5-kilometer run.

As a muslim nation that is not accustomed to sending student athletes for competing in the National Collegiate Athletic Association (NCCA), Myra set a record for her homeland by smashing Pakistan’s existing record of 19:07.61 set by by Olympic runner Sumaira Zahoor in June 2006. 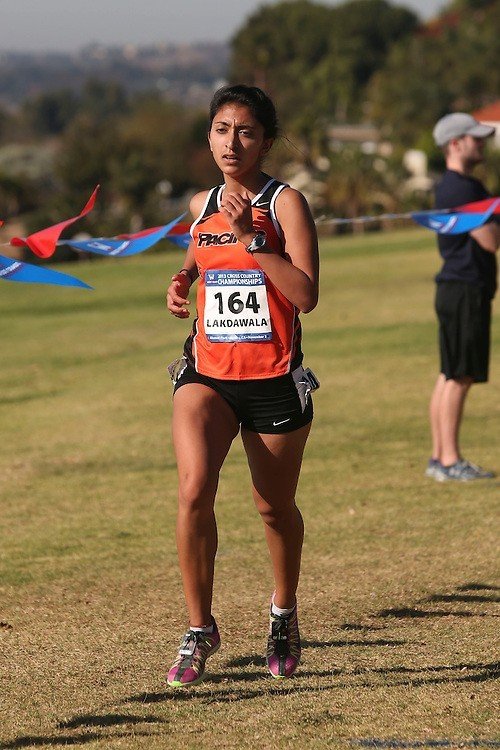 “I would have to say it was one of the best races I have ever run,” said Lakdawala.

“I felt focused throughout and my teammates and my coach (Josh Jones) were literally there every 200 meters, so it was hard not to know my splits all the time and someone telling me to go and stay focused and have a goal the entire time.”

Lakdawala ran for 12½ laps over a 400-meter track on Feb. 25 at San Francisco State’s Cox Stadium.

“It wasn’t until 5 minutes after when I started crying and all these emotions started coming out,” she had said back in 2017 when setting the record. “I didn’t really understand the magnitude of it until I got to digest it a little bit. It feels great and I’m still on a bit of a high trying to come down from it because I still have to focus on school.”

22 years old at the time she broke the record, and now 25, Lakdawala was focused on athletics and academics from quite an early age. Her parents encouraged her and her two older brothers to excel at school and sports. She belongs to a successful business class family and therefore extracurriculars like arts and sports are highly regarded in the family.

She acquired her early education from Karachi American School, which is a private international school. She studied the American curriculum alongside other American children. 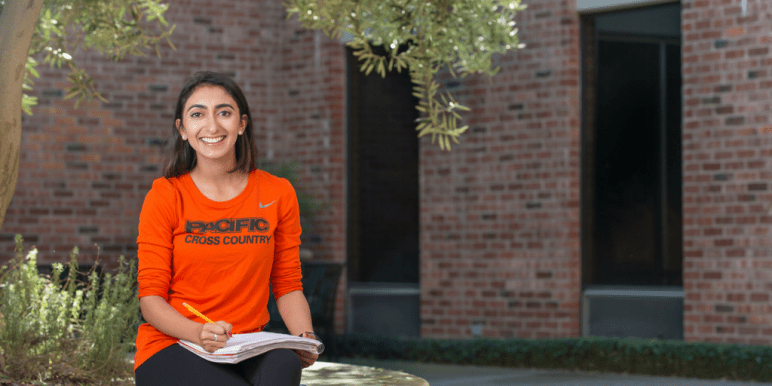 Myra at University of the Pacific

She started running competitively with an American coach at the Karachi American School but she felt uncomfortable often times. Muslim girls traditionally cover their bodies completely while Myra ran in shorts.

“When I competed in Pakistan the few times that I did, there were instances where I did feel a little uncomfortable,” she said.

“I did have an American coach and I did come from an American school and put that on the side, I didn’t dress like other girls. I wore shorts. It was OK to wear shorts. But culturally, the girls there don’t wear shorts. They wear tights or they can’t wear tank tops, they wear shirts. So, there are those barriers, which as a child was hard to understand and cope with, but that’s just what the situation is. You have to make the best with what you’ve got.”

Myra revealed that she mustered up the courage to leave Pakistan for the United states because of the coach and parent’s encouragement and support. Signing a letter of intent to become a collegiate student-athlete is rarely the Pakistani norm but she broke those barriers and pursued her dreams.

“I was the first one, at least to my knowledge, to do it in Pakistan,” she said. 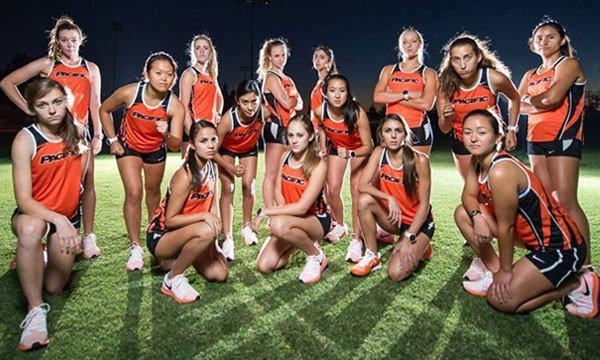 Joining the University of Pacific, Myra did experience a cultural shock and occasionally got homesick, but eventually she became a valued member of her team.

She revealed plans to apply to law school back in 2017. She graduated with degrees in English and philosophy and a minors in pre-law and ethnic studies.

A Trailblazer and a Force to Reckon with

Considered a trailblazer and an inspiration to so many young girls, she hopes her pursuit has encouraged other girls to pursue their dreams as well. 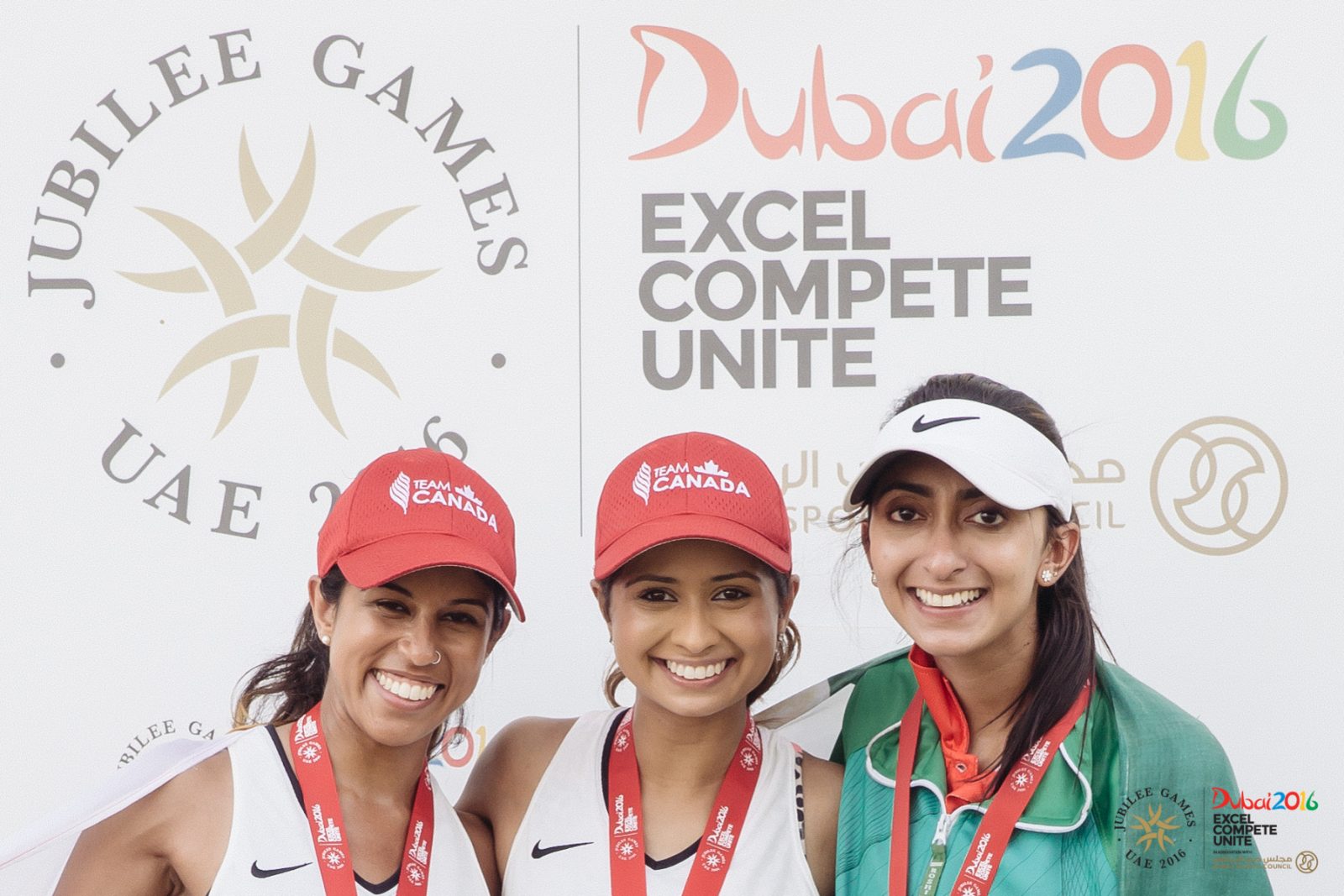 Myra Lakhdawala at the Jubilee Games 2016

“In Pakistan, you don’t have a lot of athletics for women, so when I’m home I’m admired for that,” Myra said. “I can help little girls improve. I can help the youth in a lot of ways because they helped me do so.