4 Pakistani Dramas That You Need To Watch Now ! 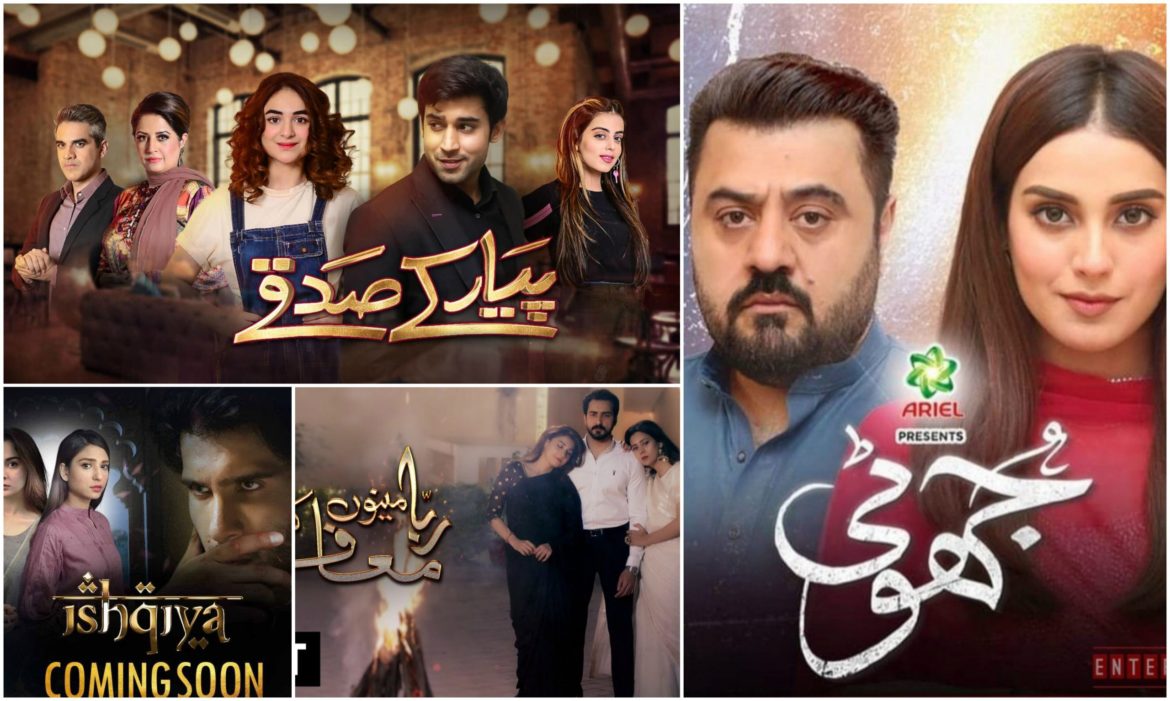 Pakistani writers have been working on some relevant and amazing content these days that has left even our neighbouring countries binge-watching it.

Moreover, the dramas highlight a number of social issues like rape, under – age marriage, the role of women in society etc. Apart from highlighting social issues, there are many genres that our young writers are penning down exceptionally. Some of the dramas that have had most viewership this year include Alif, Ye Dil Mera, Ehd-e-Wafa, Meray Paas Tum Ho and Ruswai.

Following are some on-going outstanding Pakistani serials which are watched are being watched locally and internationally.

Pyar Ke Sadqay is a story of a happy-go-lucky girl Mahjabeen (played by Yumna Zaidi), who is the only daughter of her parents. The handsome hunk Bilal Ashraf plays the role of a a boy who belongs to a rich family and proposes to Mahjabeen after the girl he loves refuses to marry him.

Surprisingly, the father-in-law of Mahjabeen, played by Omair Rana, is also in love with Mahjabeen!

The storyline is no doubt different and medium paced which caught the attention of significant number of audience.

This current drama features Ramsha khan, Hania Aamir and Feroze khan. The serial revolves around depicting the pain of separation and revenge. Ramsha Khan plays the role of a girl who was madly in love with the character of Feroze Khan but ends up marrying another. Avenging this act, the character that Feroze Khan plays marries her sister and the twist leaves the audience at the edge of their seats.

The TV serial is penned by Mohsin Ali Shah and directed by Badar Mehmood. The cast includes Hania Aamir, Gohar Rasheed, Feroze Khan and others.

Dilruba is a story of a college girl, Sanam, played by the gorgeous actress Hania Aamir. She is happy with her life and gets married to her cousin Razi. An interesting twist takes place when her husband gets to know about her previous relationships and then dies in an accident.

Well, the drama is still going on and we just cannot wait to know the fate of Sanam. Pinned by the talented writer ‎Qaisra Hayat, Dilruba is produced under the banner of Momina Duraid.

The announcement of newly-wed couple Iqra Aziz and Yasir Hussain acting in a drama together had fans and followers super excited.

Jhooti storyline is about a girl, Nirma, belonging to a lower-middle-class family. She is married off to a shopkeeper and then takes a divorce from him after taking a huge amount of money.

She then falls in love with the character of her real life husband, Yasir Hussain who happens to be a fraud and takes away all her money.

Well, it was surely refreshing to watch the couple together and we must say they have some amazing on-screen chemistry too!

Which drama are you watching these days? Let us know in the comments section below!