Netizens Want Pakistanis to Beware of this Ride-Hailing Scam! 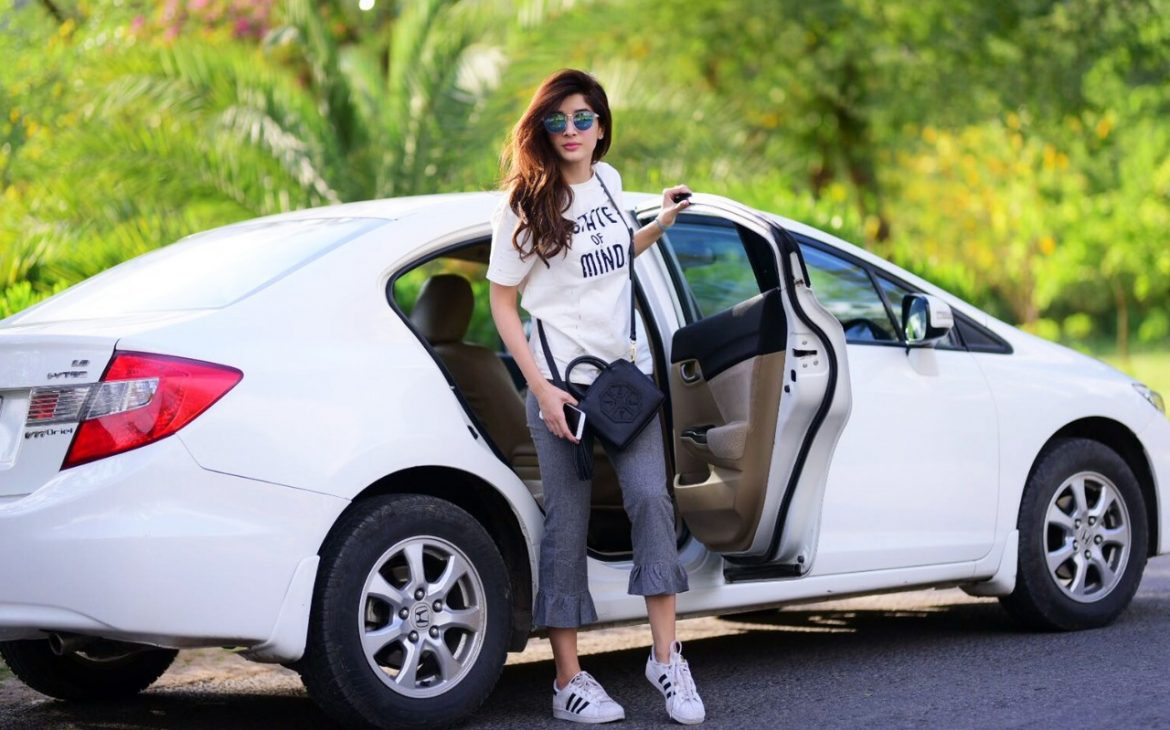 Ride-hailing service Uber has been in hot waters recently as the number of complaints and scams against the service has increased.

Consumers have taken it to social media to warn others about these scams and have asked others to be extremely careful while commuting through the service.

One of the users shared her story about commuting from Johar to Karsaz, the first thing she noticed was the numberplate was different from the one shown in the app, when she asked the driver, he said that the car was out on order so he brought the other one.

After sitting in the car, she confronted the driver about not starting the ride, to which he said that he has and that there might be a network problem or the application may be lagging. The fare in her app was PKR 455, but the driver insisted the fare on his end was PKR 710 and that she had to pay the amount he asked for.

Following this incident, she was charged with a PKR 90 penalty. The consumer shares that the driver has probably been scamming more customers using the same technique as there have been no reviews for the past 11 days on his profile. 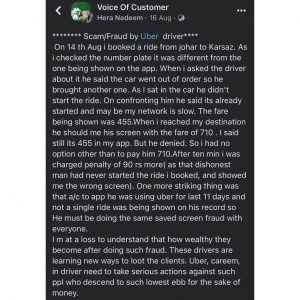 Soon after, another customer took it to social media to share her cousin’s experience with Uber. She writes that she had booked an Uber for her cousin as she had an emergency doctor visit.

The rider arrived on time but constantly insisted that there is a 2.5 peak factor on the ride due to the rain, even though it was not raining during the morning at the time.

At the end of the ride, he charged her PKR 2,000 whereas the total fare that was appearing on the application was just PKR 580. Because she was with her children and was afraid for their safety, she did not argue with the driver, made the payment, and left. 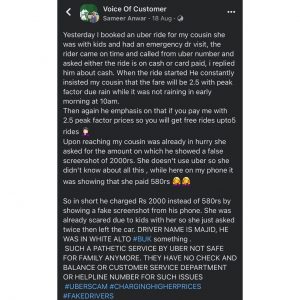 Previously, a customer shared that their sister and they were regular Uber users until an Uber driver showed them a receipt of PKR 1,900 whereas the fare was amounting to PKR 300 on the app.

So much so that the rider said it could be due to a system issue and that he will complain to the company but because their data was unavailable, they were helpless and had to pay the amount he was asking for. After coming home, they received the receipt that the cost of the ride was in fact PKR 250. 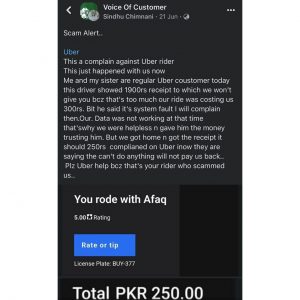 A fourth complainant had similar remarks about their driver as in the second incident, that the driver kept insisting there will be a 2.2x peak factor during the ride. After reaching the destination, he wasn’t ending it and forcefully made them get out of the car so that he can end it. Afterward, he showed them a fake screenshot and took PKR 1,500. 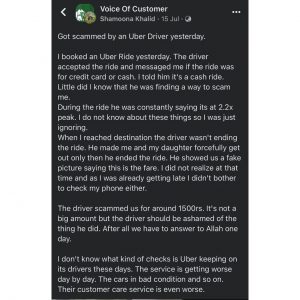 More accounts of such incidents have been surfacing, but Uber has not issued any official statement in regard to the fake screen scam. 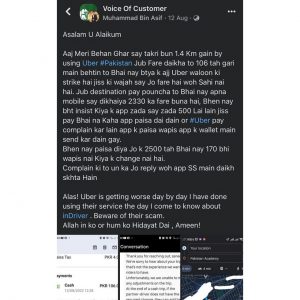 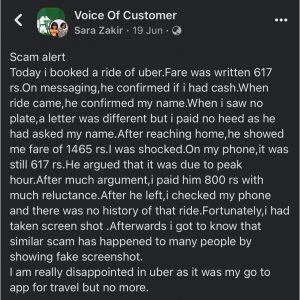 Have you faced a similar situation with Uber or other ride-hailing apps in Pakistan? Share your accounts with us in the comments below.

How to Write a Good Essay