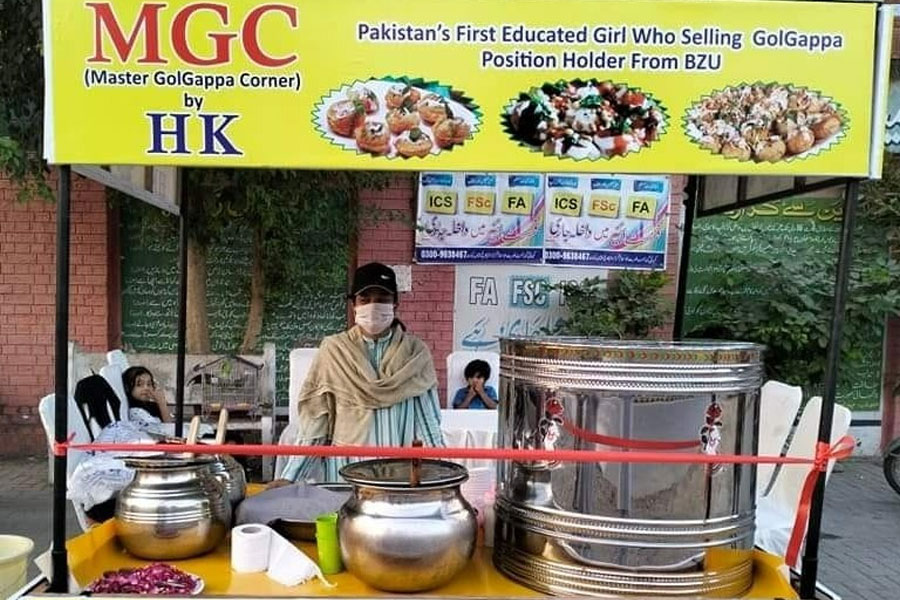 Recently the story of a young girl from Multan is going viral.  Habiba is a position holder from Bahauddin Zakariya University (BZU) but is now selling golgappas on the streets.

Because of her family’s financial circumstances and the lack of employment, Habiba was forced to start this business.

Moreover, many jobs are paying a nominal amount as a salary, which is not enough to run a household. Since then, she has created a name for herself and has earned a decent livelihood for her family.

Many pedestrians and passengers who spot her working at the stall stop by to try it. Called MGC by HK (Master GolGappa Center), she is giving a number of delicious options for her customers to try. 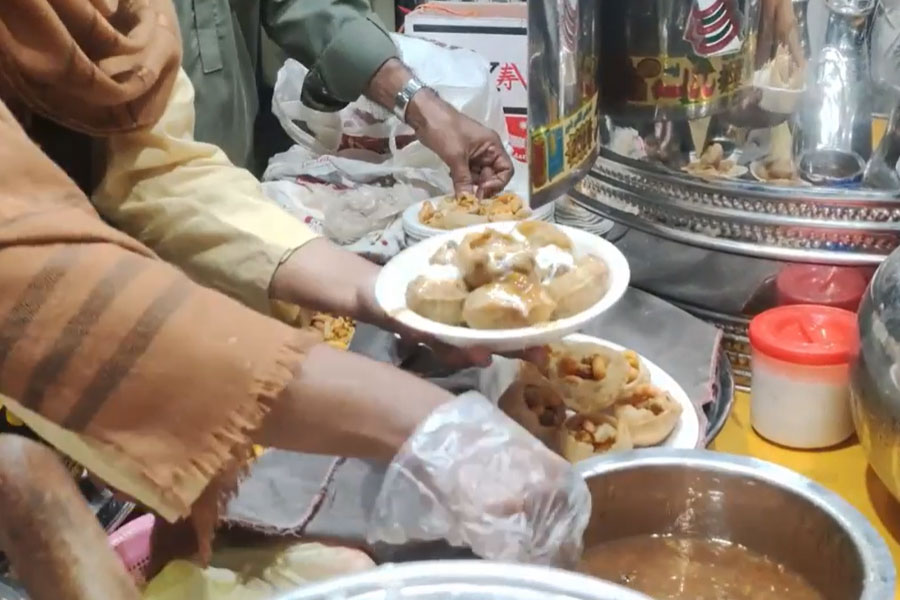 The stall is reportedly set up in front of Nusratul Islam School, Multan Cantt. In the beginning, Habiba’s father was reluctant, but with the support and encouragement from her sisters, the small business has become the talk of the town in just two weeks.

She has even written ‘Pakistan’s First Educated Girl Who Sell GolGappa, Position Holder from BZU. Habiba and girls like her have set an example showing that no work is too small or too big and that hard work pays off.

There are many girls just like Habiba that are working day and night, breaking stereotypes and changing old mindsets in Pakistan. These females should take a bow for inspiring countless girls in the country.

What are your thoughts about Habiba’s business? Should other graduates also start their own businesses instead of opting for jobs?

Frequent Use of Hair Straightening Chemicals Can Cause Uterine Cancer