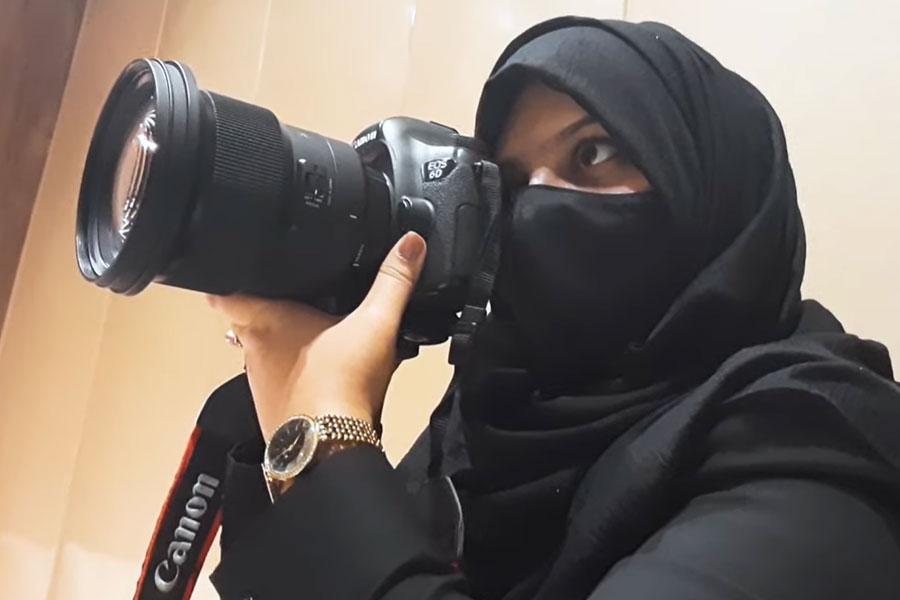 Photographers play a vital role, especially during special events such as weddings, birthdays, engagements, and more. They capture sentiments, and precious moments, and give them to you to hold on to forever as memories. One such photographer that has become the talk of the town is Mehak Imran.

Mehak is Pakistan’s first-ever Hijabi (veiled) female photographer hailing from Dera Ismail Khan. She is one of those women who has fought for her right to choose a career of her choice where girls are at times not even allowed to receive an education.

She has travelled all across Pakistan to capture thousands of photographs for her clients. Her mother and close friends have acted as her pillars of support throughout her one-of-a-kind journey.

During interviews, Mehak shared that when she first started, female photography was a concept that was not explored in the region. She also became a victim of backbiting because society was not willing to accept a female in the role. So much so, shopkeeps had also refused to give her equipment for rent.

Once upon a time I was approached for wedding photography. The family from whom I rented equipment used to do the family’s photography and events. As soon as the suppliers found out, they refused to rent me a camera and in the next few hours I had to photograph the event. After a lot of work, I managed, but that day I went through a lot of mental angusih. – Mehak Imran

Nonetheless, she never gave up and her hard work and determination has now changed their ideology.

Mehak has received awards and recognition for her work in Islamabad and Multan. Moreover, back in 2019, Pakistan Army hosted a competition, not only was she the only female participant amongst 13 males, but she also won the prize of 1st place.

Young entrepreneurs such as Mehak are changing society’s perspective about females working in male-dominant industries. it is because of hard work and courageous women like her that Pakistan has started to have a positive impression all around the world, and has become a country of interest for tourism and business.

What do you think of her achievement? Share your thoughts with us in the comments.