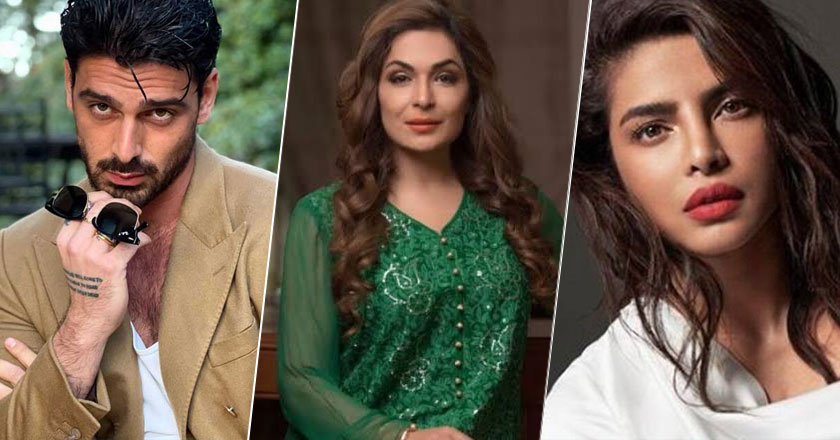 Pakistan’s evergreen Meera Jee dropped a lot of bombs on social media recently. While Meera is known for a certain reputation attachment to her name, there are some netizens who can’t help but agree with certain statements the veteran actress made.

The first and foremost shocking ‘revelation’ she made was the 365 Days actor, who has everyone falling with his good looks (and so much more😉) Michele Morrone DM’d Meera Jee asking her on a date.

But our ever-so-shy superstar ‘rejected’ his dating proposal claiming that she has never dated a guy. Sorry-not-sorry for the heartbreak Morrone! 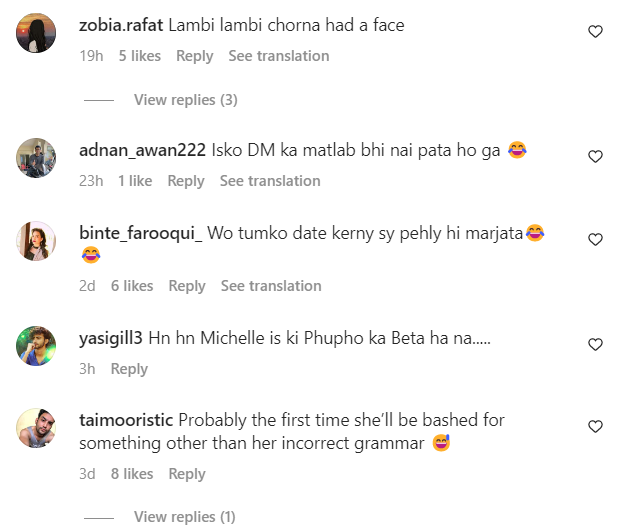 Another hard bomb she dropped was that she has highly disappointed with Mahira Khan’s Punjabi accent in her super hit movie, The Legend of Maula Jatt. The ‘Baji’ movie star claims that if Bilal Lashari had cast her in place of Khan, the film would have been more successful.

Moreover, Meera has challenged Chopra Jonas into doing a scene with her and see who does it better.

Will PCJ accept the challenge given to her by Meera Jee? Will she ever get over her shyness and go on her first date? Will Meera be casted in the next Maula Jatt?