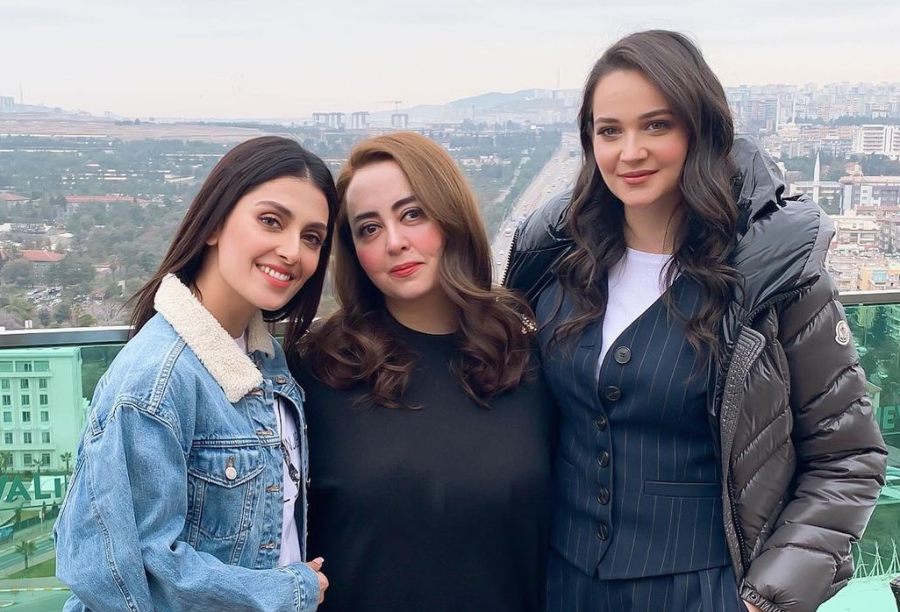 For the past week, Maria B has taken over social media by announcing who her models are for her upcoming Lawn ’21 collection. The designer from Lahore chose two faces for her collection, Pakistan actress Ayeza Khan and Turkish actress Gulsim Ali.

By including the Turkish actress in her upcoming campaign, Maria B is sending across the message of unity across the world.

Maria B’s daughter, Fatima B, has also tagged along with her mother on this work trip. The caption says: Mother-daughter duo, Maria B & FatimaB click a quick selfie with their captivating muse, Gülsim Ali! 🇵🇰🇹🇷 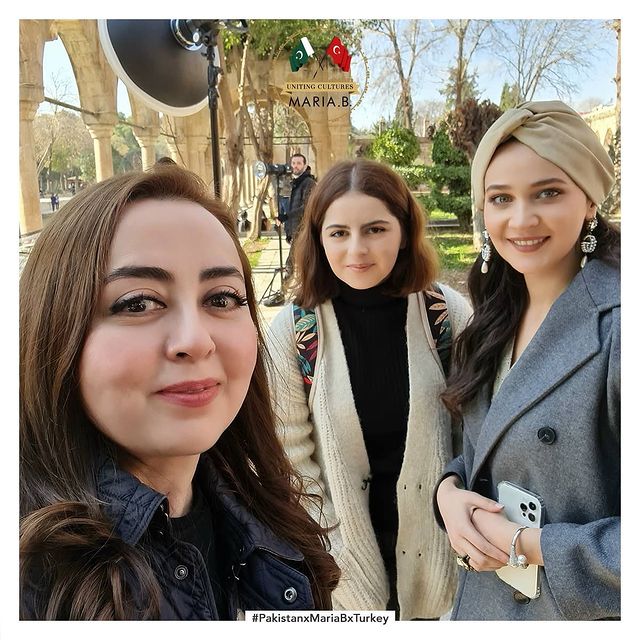 What better way is there to show solidarity, but through art, food, and entertainment?

Ayeza Khan also shared an image of the with her colleague and the designer on Instagram. She wrote:  Proud to be a part of this campaign; there is power and beauty in unity, we shine brighter when we shine together ✨
Thank you @mariabofficial and @gyulsim for making this happen. More power to you girls ❤️#unitedcultures #unitedhearts

The fashion brand posted a sneak peek from their shoot of both the stars donning Maria B’s designs. The insta post was captioned: The flag-bearers of unity, the nation’s sweethearts, dolled up head-to-toe in our coveted Lawn’21 collection! 🇵🇰🇹🇷#ExclusiveBTS@ayezakhan.ak@gyulsim

This is no that first time the designer is collaborating with a Turkish star. Previously Maria B chose Ertugrul star, Turkish actor Didem Balcin to become her winter collection’s face. However, this time the collaboration comprises a Pakistani actress too which we are totally in for!