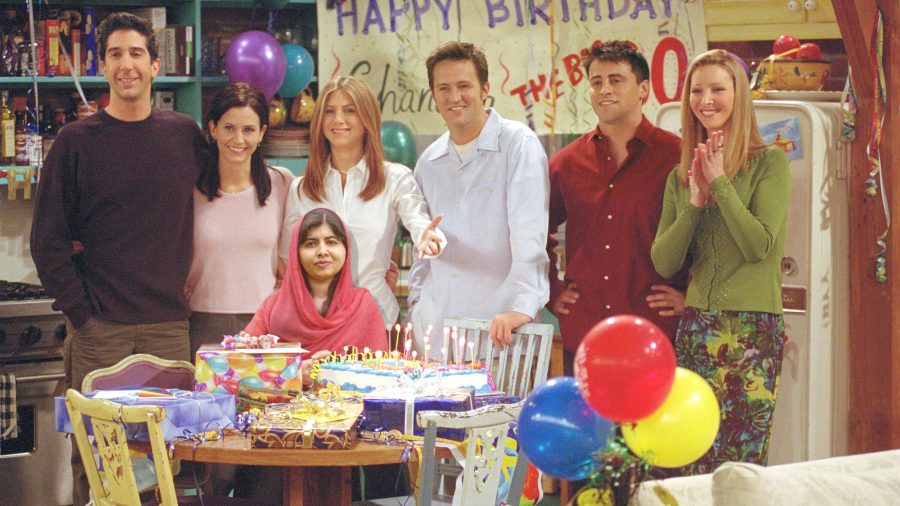 The long-awaited friend’s reunion will hit our screens soon enough. The news was announced on Thursday by HBO Max after they released the first trailer for the special, which features original cast members Jennifer Aniston, Courteney Cox, Lisa Kudrow, Matt LeBlanc, Matthew Perry, and David Schwimmer.

Many A-Listers will reportedly join the gang, such as Lady Gaga, Mindy Kaling, Justin Bieber, and even Pakistani activist Malala Yousafzai.

The One Where We Get to See Our Favorites Back Together Again. The #FriendsReunion is coming on May 27 only on @hbomax.

In the clip below, nothing is revealed about the reunion. We only see six friends showing their back and walking in the dark.

In March, the 23-year old activist told the PEOPLE Everyday podcast that “Just like everybody else, I also need a break to just focus on a show like Big Bang Theory, Girlfriends or Ted Lasso”.

She added, “These are things that just keep you sort of happy for a second. It helps you just to escape from all of the problems that are there outside.”

That’s a wrap! 🎬 Could we BE anymore excited!? Friends: The Reunion is coming to @hbomax. #friendsreunion

The friends union will air on May 27 on HBO Max. However, there is little to no information about what the special will involve. I guess all there is to do, is to wait and watch what surprises this reunion has planned for us, apart from the guest list.

Pakistani Nobel peace prize laureate, Malala Yousafzai who received the honor at the age of 17, joined hands with Apple Tv + to produce exciting content that includes dramas and children series documentaries. This premium content will air on the tech giant’s streaming service.

Postpartum is One of the Most Ignored Mental...