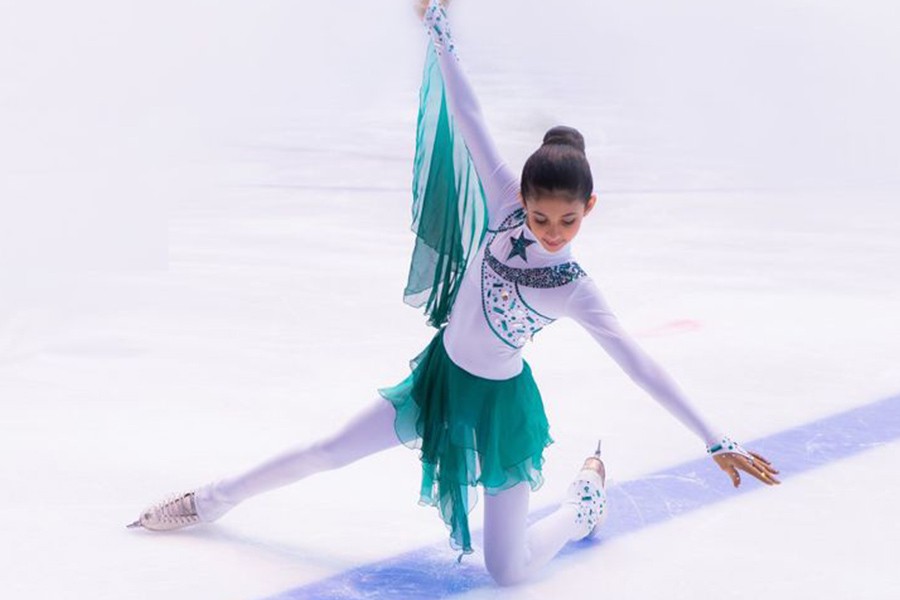 Malak Faisal is Pakistan’s first-ever figure skating champion born in Libya and raised in Dubai who has achieved plenty at the tender age of 12. In the latest advancements, a video of Faisal, ice skating in Hunza went viral. Known famously as the “Pakistan’s ice princess”, Malak sat down and revealed some facts and details about her journey as an ice skater in an exclusive interview.

She said, “The first time I stepped on the ice, I really liked the sport. It was very nice. I was four when I started skating as a hobby, and then I started taking it more professionally.”

Malak spoke from her experience, said, “Many people think that figure skating is easy like you can do many jumps or this and that, but it takes a lot of hard work to get to a certain level that you can start jumping and spinning.”

The 12-year old ice skater has been to Pakistan thrice. The first time she came here she went to Naltar Valley near Gilgit, the second time to Karachi and the third time to Malam Jabba. She wishes to go to Gilgit Baltistan next.

She said, “When I Googled pictures of Pakistan in the Northern areas with snow, I really didn’t believe that was the snow. So when I went to Naltar Valley, it was beautiful.”

How Many Hours Does Malak Train?

“I train about twenty hours a week in skating. I would wake up, go to the skate about six o’clock and then go to the school and stay in school from eight to two, and then I would go back to skating and then come back home, do homework and sleep.”

Advice for Skaters in Pakistan

“I feel that skaters in Pakistan, especially in the Northern areas, have a lot of potential in participating in small competitions or even big competitions. Of course, they would need a lot of training.”

Faisal is the first Pakistani to win first-place honours for figure skating at the 24th International Eiscup Innsbruck, Austria’s largest figure skating competition in the Basic Novice Girls II category. She has also won medals at global competitions as well as many hearts.

Isn’t she an inspiration for others? Have something to add? Let us know in the comment section below.