Saturday, November 26 2022
Top Posts
Reddit User Shares The Trauma of Growing Up...
Pakistan’s ‘Justin Bibis’ Featured on Brut India
3 Shows to Remember Legendary Actor Ismail Tara
LSA Issues Statement Over Backlash on Nomination of...
This Couple is Debunking the ‘Log Kya Kaheinge’...
Meet Rabeeah Diwan, a Karachiite Who Created Her...
Why I Should Write My Paper Cheaply?
Wimbledon Relaxes All-White Clothing Rule for Women Over...
FIFA World Cup 2022 to have Female Referees...
3 Essential Life Lessons You Learn from Female...
Food 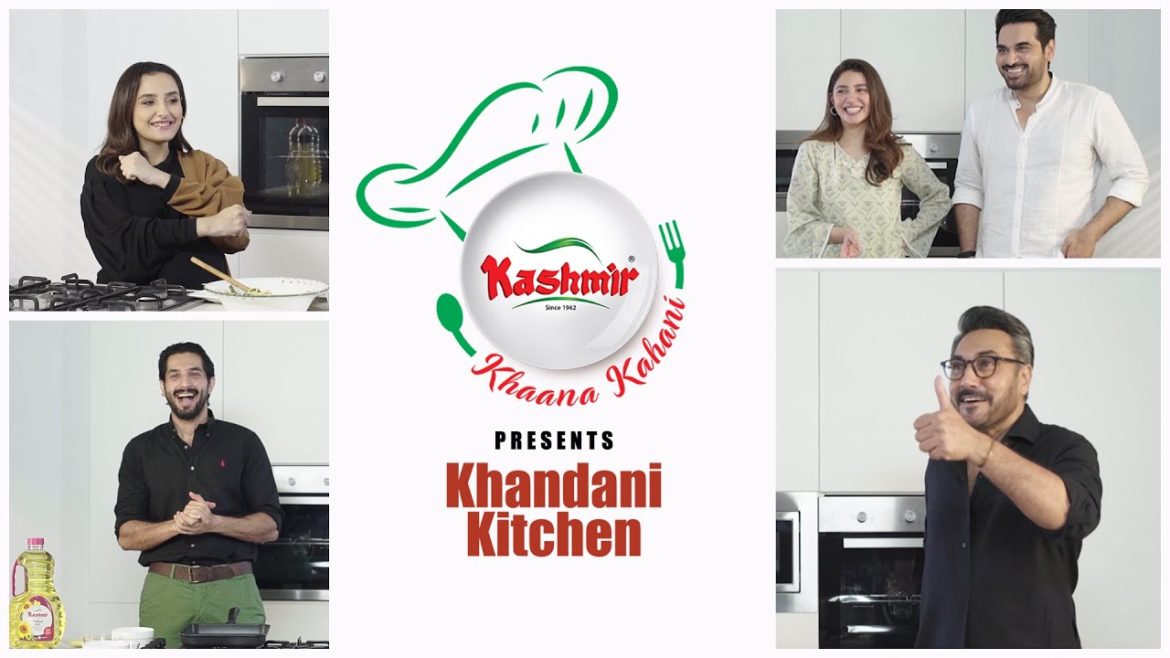 Pakistan’s Queen of hearts, Mahira Khan is multi-talented when in comes to giving extraordinary performances on-screen. But looks like the diva doesn’t do so well in the kitchen department! To learn how to cook, the starlet takes all the help she can get from the celebrities and top class chefs in Kashmir Khaana Kahani’s ‘Khandani Kitchen’ – a cooking show created by Kashmir Cooking Oil.

The fun-filled season promo of the star-studded cooking series with Mahira Khan, was recently released on social media and features celebs like Adnan Siddiqui, Bilal Asrhraf, Humayun Saeed, Momina Sheikh, and apparently many more might join.

Mahira Khan is seen being her adorable self in the blooper-like promo video, goofing around with the stars and learning kitchen hacks along the way.

Kashmir Khana Kahaani’s ‘Khandani Kitchen’ opens on August 1st 2020, first day of Eid-ul-Azha and fans are more than excited!  They can’t wait to see what Mahira and the others have in store for them.

Watch the season Promo below:

“Join the fun of being in the kitchen as Mahira learns to cook with some of your favourite celebrities,” reads the video caption.

Apparently, this isn’t the first time the starlet has been in a kitchen in front of the camera. Mahira did a collab kitchen series with Mashion Pakistan where she impressed the viewers with her Dadi’s secret Seviyan recipe, alongside Youtuber, Shahveer Jaffry, last Eid in 2019.

This was also an Eid series and people loved watching their favourite star make their most favourite Eid dessert.

Seems like Kashmir Cooking Oil has amped up their marketing game! In April, the brand came up with the #BagOfHope campaign where they asked every celebrity to fill up a bag with food items to be donated to people struggling while in a lockdown in a Pandemic. This was an effort to make them feel less alone  and more included.

Watch the video below where you will see familiar faces like Sarwat Gillani, Zainab Abbas, Iqra Aziz, Kubra Khan.

Let's reach out to the people struggling around us during this lockdown with Kashmir. Let's give them a #BagOfHope and tell them that they are #NotAlone#KashmirCookingOils #UIL #BagOfHope #NotAlone #5thelementproductions pic.twitter.com/KWXfPgdjtv

Mahira Khan latest ad that got all the media and public attention was the Dua-e-Reemvideo- a bride’s plea in the form of a ‘Prayer song’.

An ad that garnered international recognition and media attention as well. Sponsored by a rice brand called Reem Rice , Dua-e-Reem (Prayer of Woman) was released on Women’s day this year and featured Mahira Khan.

Shoaib Mansoor’s seven-minute long song was in the pre-partition era and supported women empowerment in its true sense.

The song broke the innate cultural stereotypes rooted deep in our culture of glorifying men. The thought-provoking video taught women to stand up for themselves and believe they are equal partners who are in a nurturing, loving relationship with their husbands. It’s mutual respect and love, not a matter of serving your spouses.

Are you a Mahira Khan fan? Which performance of Mahira Khan is your favourite? Share in comments below.