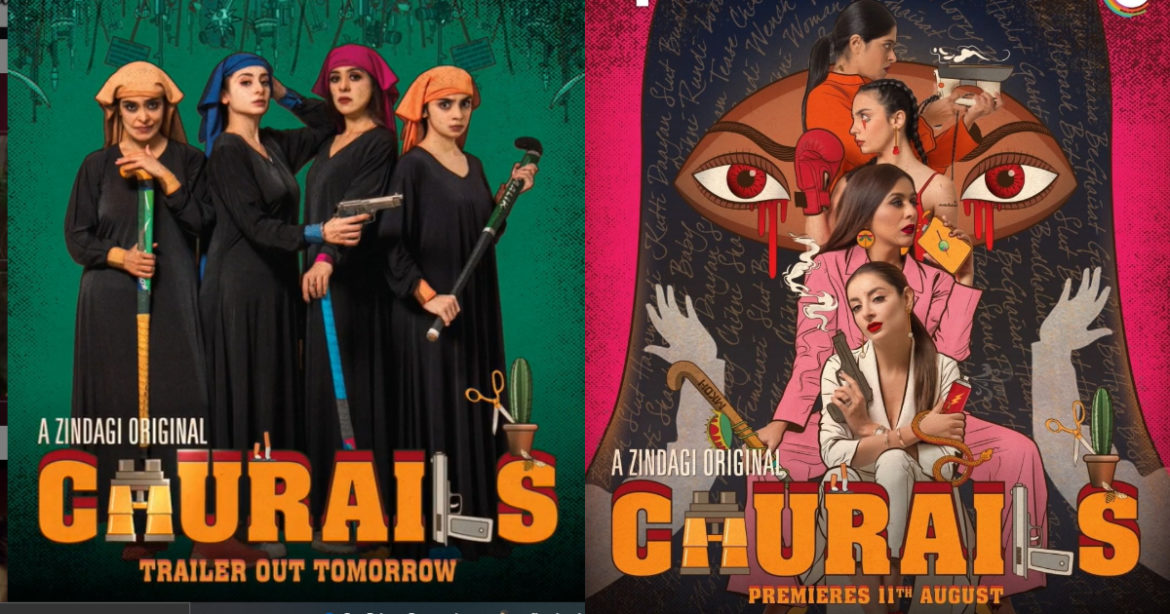 Asim Abbasi’s second project after ‘Cake’, a web series releasing on Zindagi Channel, ‘Churail’s‘ trailer came out today and everyone’s talking about it; trending on Twitter all day, Churail seems to be showing strong female leads fighting against patriarchy in the society.

The trailer has exceeded people’s expectations and seems to be job well done. Content that blows your mind away, Churail seems to be much awaited by both Indian and Pakistani audiences, now more than ever, after the release of the trailer.

Churail’s trailer narrates the story of four females,  proclaiming themselves as Churails who have come togethers, forming a detective agency, to spy and expose their cheating husbands amongst the elite of the city. 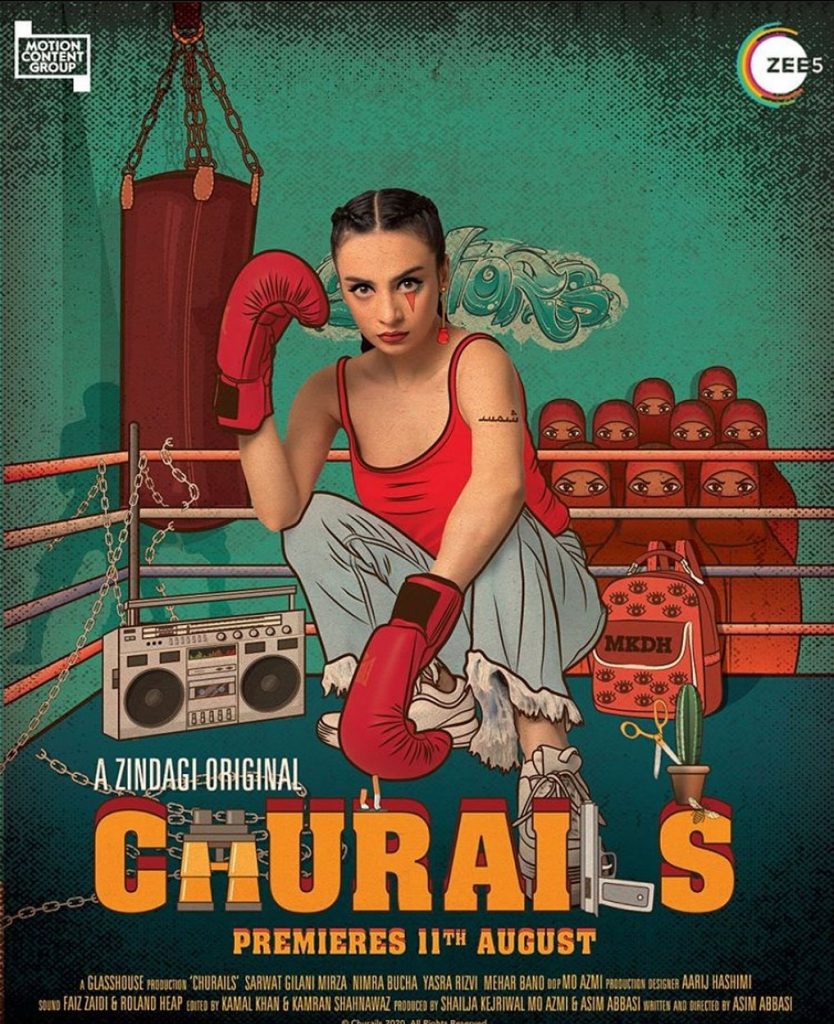 Showcasing strong minded, independent women, they seem to be saving other female victims of abuse, harassment and mistreatment at the hands of their husbands.

Churails focuses on  four women hailing from different professions and backgrounds -one is a lawyer, another a wedding planner, a boxer and ex-convict, who come together for the same goal.

The 10-episode series, comprising of 55-minute episodes, will be premiering on August 11 and can be binge watched since all 10 episodes will be releasing together.

The web series aims to challenge the hypocrisy deeply rooted in patriarchal society that ignores rights of women. The plot also shed light on social issues like sexism, child abuse, classism and others.

Watch the official trailer below:

The audiences had mixed views about the upcoming show:

Blown away!!! THIS is the best thing I’ve seen all year. Wow. WOW. SO proud!!! Can bet a million dollars it’ll have everyone hooked and glued to their screens. CANNOT WAIT TO WATCH THIS. ⁦@IllicitusProduc⁩ ⁦@sarwatgilani⁩ #churails #pakistan https://t.co/tXZCavIIwe

WOAH WOAH WOAH WOAH!!! WHAT ON EARTH I'VE JUST WATCHED!! MY EYES MY EYES!! BLOWN AWAY!! UFFFFFF GOOSEBUMPS!! the best thing I've watched today, can bet a billion dollars that it will make people stick to their screens.#Churails #ChurailsOnZEE5 @sarwatgilani @IllicitusProduc

Feminists be like let me guide you and will take you straight to hell !!
They think to be naked is liberty but that's vulgarity. I'm a woman myself and hate these 2 rupee feminists 😐#Churails

#Churails seems to be very promising and surely a game changer..
Good luck @MeharBanoJ @nimrabucha @realsyedasarwat @YasraRizvi …
And ya stay safe too…

Is this content about so-called feminism, liberalism or they are showing women who wear burqa have any purpose to wear it???
Or then they are giving idea that one can also wear burqa for secret purposes.
Nonetheless, I did not get the point of showing veil here. #Churails pic.twitter.com/mUyrqWJZlr

Earlier this month it was revealed that India’s major channel, Zee Entertainment Enterprise will be showcasing a few Pakistani dramas and web series through their digital app called Zindagi- Zee5Global.

It wouldn’t be wrong to say that Indian audiences totally love to watch Pakistani content because of the unique storylines and they just cannot get enough of the content.

However, as soon as the news was revealed, it received an overwhelming response not only from Pakistan but from India as well.

The poster of the first Pakistani series, which will be aired on Zindagi, was revealed earlier and has been creating a storm on social media. 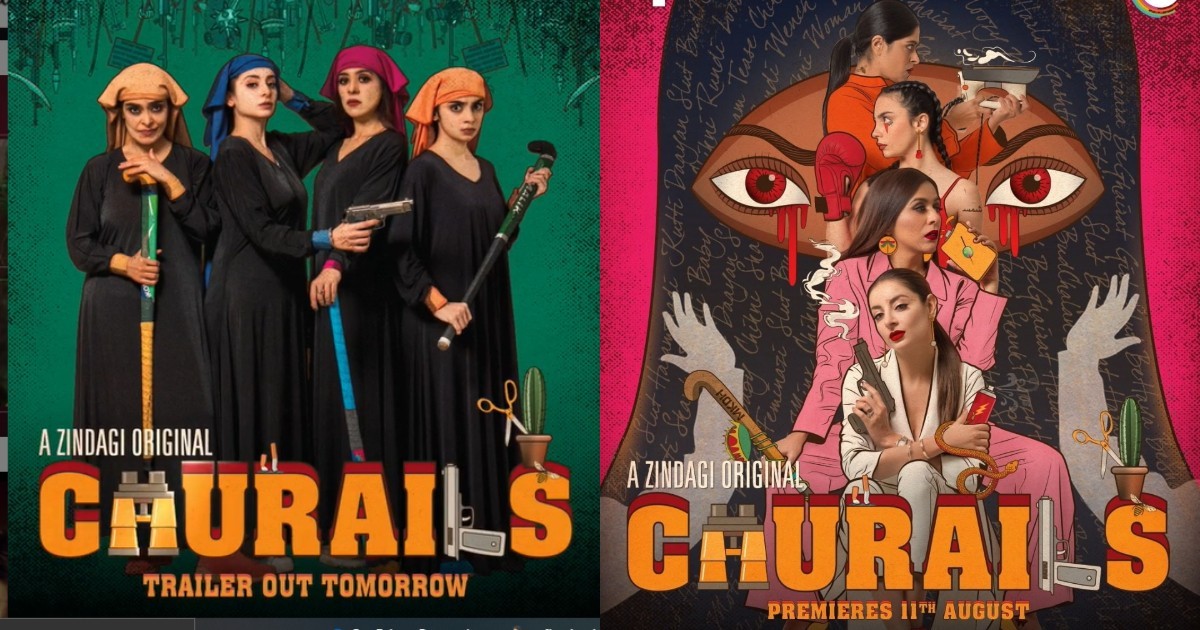 The poster was first revealed the gorgeous Sarwat Gilani through her social media accounts.

Get ready to witness the revolution brought by HEROES donning a BURKA. Premieres 11th August on ZEE5 Premium Poster artwork by Samya Aarif.

Have a look at the poster below!

To create the hype, the actress also changed her name from Sarwat Gilani to Churail Sarwat on her social media accounts.

While talking about the series, the ‘Cake’ director Asim Abbasi said:

“A story about strong women embarking on a journey of self-discovery, empowerment and sisterhood, I believe ‘Churails’ is a timely show with pertinent themes that will resonate with audiences globally”.