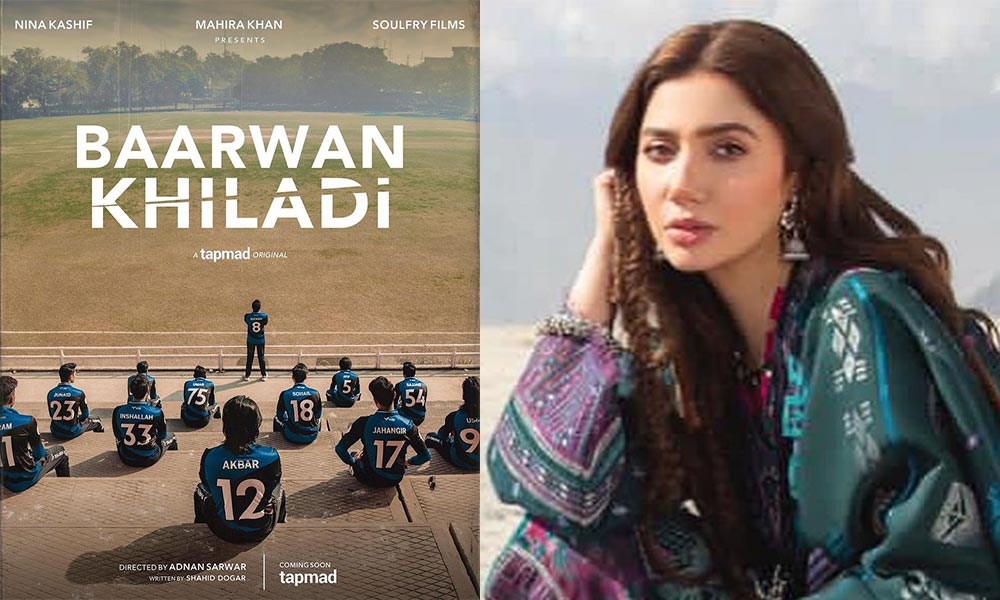 Mahira Khan is a Pakistani actress who has garnered a great fan following over the years in the industry from being a VJ to a fashion model, to an actor. The star has also worked in Bollywood previously and owns a popular publishing website. You might as well think, so what is next on her list? It turns out it is a production house. Yup! You heard that right. Khan has officially entered the field of filmmaking.

She announced her latest venture on Instagram, a production house today called SoulFry Films. In a post, she wrote, ” There is a story behind everything, and I live for stories – hearing them and telling them. I’m nervous and excited to share with all of you my first venture into production. I would have no one better to be my co-pilot on this trip with me other than Nina Kashif @ninakashif. Welcome to SoulFry Films. @soulfry_films. Your prayers and your stories always always welcome. “

Her first produced Web Series is called Baarwan Khiladi –  a coming of age story set against the backdrop of the OG of all games – Cricket. It is a story about friendships, relationships, unity, failure, success, love and courage.

Mahira posted a poster of the web series where you see a couple of players in their jersey’s. She wrote, “A small peak into a labour of love and hard work.. from all of us to all of you. Baarwaan Khiladi, an original web series for Tapmad. @tapmad.tv. P.S Let’s get this party started boys @danyalzee @shahveerjay. Thank you @abdullahharisfilms, you the man.”

It is often said that a female actresses’ screen life is short. While we think everyone has their own time to come and go, we believe Mahira Khan has given her options a thought and knows precisely what she wants to do in the future. Let’s see what the star has to ofter to her audience. We wish her good luck!

Veteran Pakistani Film Star, Neelo Begum Dies at 80, Condolences Poured in from all Over Pakistan