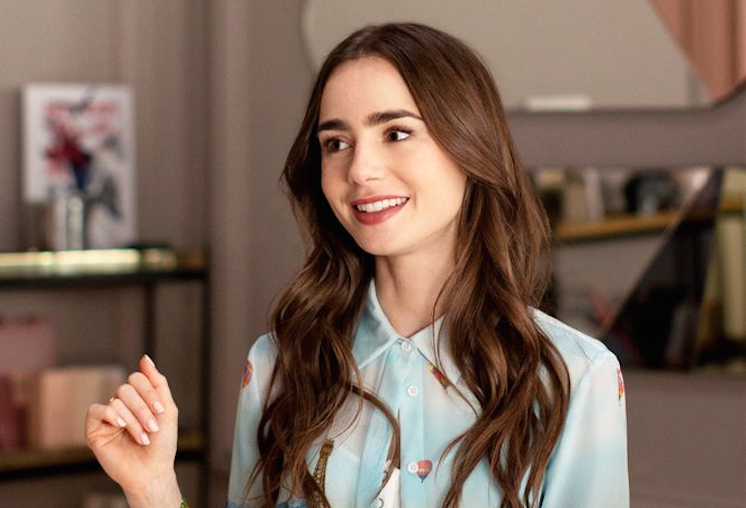 British-American actress, Lily Collins, playing the lead character of Emily in Paris, announced on her Instagram that the Emmy-nominated romantic comedy series had been renewed for seasons 3 and 4.

On Dec 22, season 2 of Emily in Paris was released on Netflix and ranked Top 10 globally. It topped the list across 94 countries, with 107.6 million hours viewed from Dec 22 to 26. Other than that, season 1 that came out in 2020 made the Global Top 10, re-emerged on the list across 53 countries, which means people watched season 1 once again to follow up on the newly released season 2.

Lily Collins wrote in a post, “Woke up early to give you some VERY exciting news… @emilyinparis is back for Season 3… AND wait for it, Season 4!!!!! I can’t tell if Emily would love or hate this announcement outfit, but she’d be screaming either way. Truly love you all, thanks so much for the incredible support. Seriously cannot wait for more. Merci Beaucoup!!…”

While the news of seasons 3 and 4 have been confirmed, no other details have been revealed as yet.

The show was heavily criticized after the release of season 1 for not being inclusive and diverse, which is an imperative perspective for people in today’s world. It has been accused of showing ‘the worst of American white girls abroad.’ Following the backlash, the makers took this concern seriously and diversified their cast and crew for season 2.

Lily Collins, who was also the show’s producer for season 2, had revealed details of the expansion. She said she has been following the conversations sparked around the topic regarding the Netflix hit.

‘Emily in Paris’ Season 2 Will be Inclusive & Diverse, Release Date Out. Read the full story here:

American-French comedy-drama Emily in Paris, featuring British -American actress, Lily Collins heavily criticized for not being inclusive and diverse, is set to release around Christmas, on December 22nd. The popular Netflix show has received immense criticism for not focusing on inclusivity, and diversity in the show for its first season [released in October 2020], which is an imperative perspective for people in today’s world.

‘Emily in Paris’ Season 2 Will be Inclusive & Diverse, Release Date Out

Karachi Eat is Happening Amid Surge in COVID-19 Cases, Entrance Banned Without Proof of Vaccination