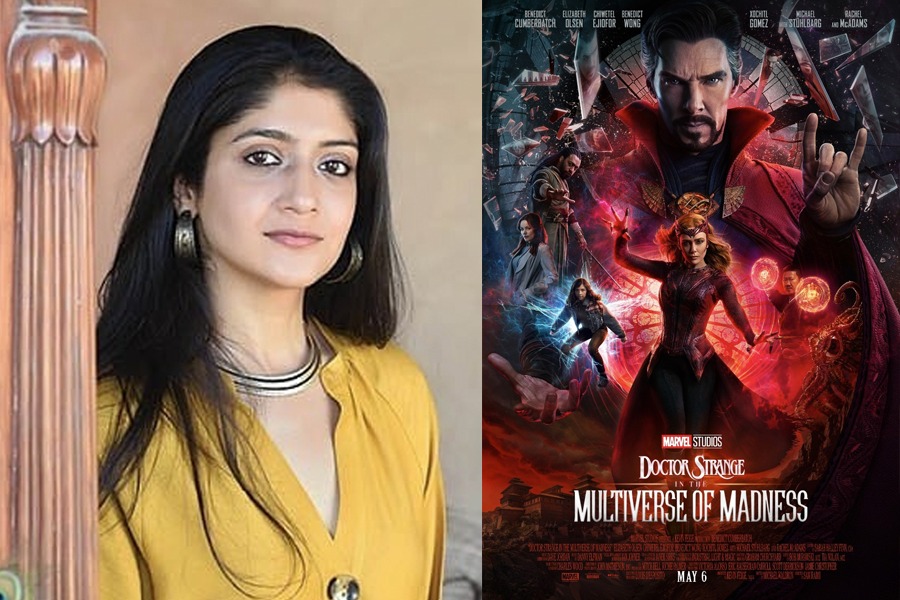 Laraib Atta’s father and brother are super proud of her work in Hollywood’s Marvel film, Doctor Strange in the Multiverse of Madness.

Laraib Atta, daughter of Pakistani Musician Attaullah Khan Esakhelvi is a professional VFX artist who hails from Isakhel, Mianwali, Punjab, Pakistan. At the mere age of 19, she began working in Hollywood. Since then, she has been a part of big-budget projects such as 10,000 BC, Prince of Persia, Godzilla, X-Men: Days of Future Past, Chronicles of Narnia and Mission: Impossible – Fallout.

Recently, Laraib’s team has also bagged Oscar and a BAFTA for Hollywood’s big-budget projects. Her father, Attaullah Khan Esakhelvi, expressed how proud he was of his daughter’s achievements on Instagram for representing Pakistan in the International arena with her talent and dedication. He wrote, “Merey bacho aisey hi apne mulk Aur qaum ka naam buland kertey raho [My beloved children keep making the country proud].”

Her brother, Sanwal Esakhelvi, CEO of ‘Total Multimedia’ and a music producer, shared a photo of her sister cheering her for her recent accomplishment. He said, “This Lady never stops shining.! My sister again worked on a blockbuster.”

“Hope everyone is enjoying #drstrange in the Multiverse of madness because I certainly enjoyed working on it. Congratulations to everyone at ILM for making this masterpiece. Feeling so grateful to be part of this latest MCU feature,” wrote Laraib on Instagram.

Apart from Doctor Strange in the Multiverse of Madness, Laraib has also worked on Marvel Studio’s film, Wanda Vision. She wrote, “So proud to be part of this amazing team at ILM in an Instagram post. Wanda Vision was such a fun project.” The film has been selected for Emmy nominations, “Congratulations to everyone for the Emmy nomination.”

Pakistani Musician Attaullah Esakhelvi’s daughter, Laraib Atta, a visual artist, has successfully bagged an oscar and BAFTA nomination. Laraib and team have been nominated for her exceptional James Bond action/thriller, ‘No Time to Die.’ She announced the news of her nomination on Facebook and made the entire nation proud after her latest achievement. She wrote in a post, ” We have been nominated for #bafta and #oscar for #notimetodie – and here are the VFX breakdowns.”

Is LUMS Close to Implementing a Transgender Quota in its Admission Policy?

Trust in Journalism Critical to Strengthen Democratic Values and Accountability