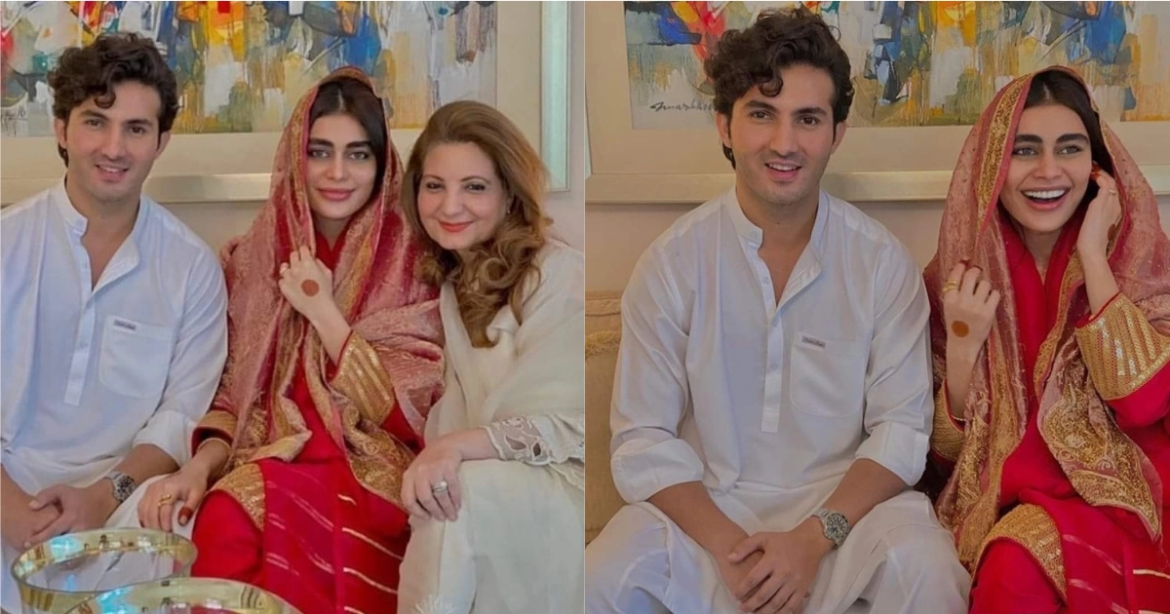 TV heartthrob Shahroz Sabzwari secretly tied the knot with model Sadaf Kanwal. While this is the first marriage of the Alif actress, Shahroz got hitched for the second time. He was previously married to the gorgeous diva Syra Yousuf who has a large fan following.

Needless to say, Sadaf and Shahroz’s marriage came as a shock to everyone and social media took up the chatter resulting it becoming a twitter trend.

According to rumors, Shahroz and Syra’s relationship ran into rough waters when he began seeing Sadaf Kanwal. However Shahroz has firmly denied that in a video he posted on his instagram page. He mentioned that Syra and him has tried to work on their marriage but once no reconciliation could be achieved they divorced in 2019.

“Syra and I have today on account of irreconcilable differences decided to end our marriage. Our only hope at what is a difficult time for each of us is that we can continue to be the best parents possible for our daughter.”

When asked about his affair with Sadaf, Shehroz initially denied rumours and asked people to mind their own business.

Have a look at what he said:

Once the newly married couple broke the news, it had netizens expressing their opinions on social media.

While a number of their followers and celebrity friends wished them the best for the future, a few netizens talked in favour Syra and said that it was the biggest ‘downgrade’ of Shahroz Sabzwari.

Moreover, many appreciated the graceful way Syra handled the situation.

One of the internet users wrote:

Girls just look at Syra ,Shehroz gave her divorce ,ditched her,but she never say a single word against him. She stay calm and strong not every deed of men need your response. Let them free and stay strong because you deserve better be like her calm & strong.

Have a look at what more netizens have to say!

Respect for Syra Shehroz. She could have acted like Reham Khan, even after all the shit done by Shahroz she kept all his secrets, never came to media to disregard her Ex.
#SadafKanwal pic.twitter.com/ze2PajKkVm

Syra's actions are praiseworthy in many ways. Women and men in our society should act rationally instead of what will people say/I am going to lose all the privilege. It is good that Syra & Shehroz both chose happiness over societal/ peer pressure. Promoted Nikkah culture.