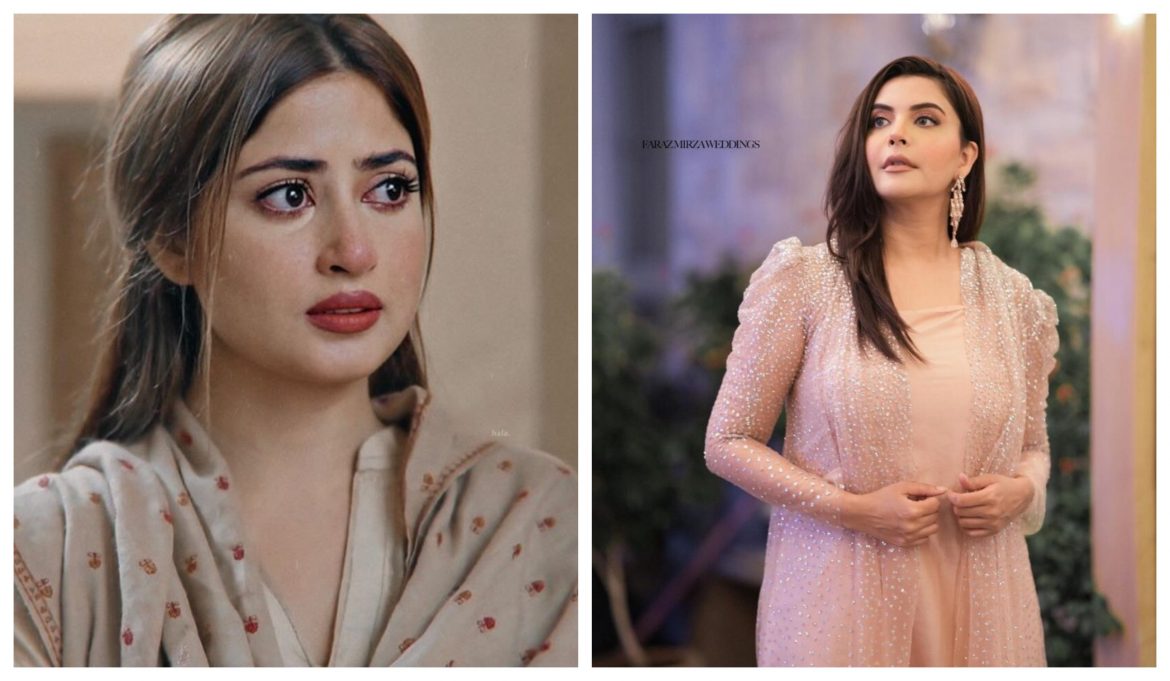 Morning show host and producer of film ‘Chakkar’ Nida Yasir has advised Pakistani actress Sajal Aly not to lose or get sad post-divorce.

Actors Yasir Nawaz, his wife Nida Yasir, and co-star Neelum Muneer were present at a promotional interview for their film release, Chakkar. During the interview, they were asked plenty of fun questions regarding the co-stars and celebrities from the industry.

Nida Yasir was asked to advise stars from the industry individually. The media person asked Yasir what advice she would like to give Sajal Aly, who is going through a rough patch in her life, hinting at her divorce from Ahad Raza Mir.

Watch the Clip Below:

Yasir, lending her support, said, “I’m just going to advise Sajal that when you smile, you look great. I wish you always smile because when you cry, you don’t cry alone; others also cry when you cry.”

She concluded by saying, “Don’t get heartbroken.”

Sajal and Ahad tied the knot in March 2020 in Dubai with their family and friends in their presence. The news of the couple parting ways was confirmed by Aamna Haider Isani of SomethingHaute in March 2022. They were together for only two years, of which the ending months were quite rocky. Both didn’t appear together on-screen and off-screen for some time which made fans suspect that the two had parted ways.

The couple themselves have not spoken about their divorce on social media, nor have they given any clarifications to their fans as to why they separated. Fans hope they continue to see them thrive in their lives and that this decision will only prove to be better for the two of them.

The voice behind the camera asked Yasir, “What is the one project Yasir regrets doing?” On hearing the question, Yasir, Nida, and Neelum began laughing. The answer was obvious; it was ‘Mera Dil Mera Dushman.’ The drama serial came out in 2020, directed by Syed Ali Raza Usama. Actors Alizeh Shah and Yasir Nawaz were part of the drama serial in lead roles. As per Nawaz, he had a bad experience with Shah on the sets of the drama serial. However, now he regrets it.

“I regret naming Alizeh Shah as being a difficult co-star”, Yasir Nawaz

Will Smith Apologises to Chris Rock for Slap,...