HBO has discontinued operations after 20 years and WB Channel after 10 years in Pakistan from December 15. The reasons behind suspending transmission in South Asians countries are the incompetent sustainable business model, low ratings, and a robust market transformation in the television industry in the region.

Previously this year, Sony Pictures Network (SPN) suspended transmission of AXN and AXN HD across Pakistan, India. Bhutan, Nepal and Bangladesh. While the news is sad, the world is rather moving towards video-on-demand and Over-the-top media service services.

Siddharth Jain, SVP and Managing Director, Warner Media International Division, said in a statement, “After 20 years of successes for the HBO linear movie channel in South Asia and more than a decade with the WB linear movie channel, this was a difficult decision to make. The pay-TV industry landscape and the market dynamics have shifted dramatically, and the Covid-19 pandemic has accelerated the need for further change”. 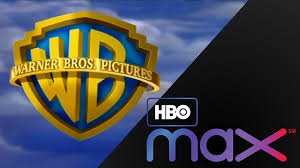 In May this year, HBO launched its streaming platform HBO Max which can be another reason why the services have been discontinued in the region. It is notable to mention that Pakistan does not have access to Disney+ and HotStar at the moment.

It looks like other channels in the world are on the same route. Disney also made a similar move this year as they decided to discontinue their services for Disney Channel, Disney Junior and Disney XD and moved its programming to the streaming platform to Disney+.

After 20 years, HBO has ended its transmission in Pakistan and other South Asian countries on account of it's OTT platforms.
– Not sure which channel I can watch the same movies on repeat for the rest of my life now.

Growth of OTT platforms and no revenues has eaten away its business. The company is set to launch its own streaming platform, HBO Max soon pic.twitter.com/SlfkmrgDh3

Growth of OTT platforms and no revenues has eaten away its business. The company is set to launch its own streaming platform, HBO Max soon pic.twitter.com/afJOnXu86w

As of now, it is not confirmed if HBOMax will be available in Pakistan any time soon.

We need HBO Max in Pakistan 😭

We are as heartbroken as you are. Have something to add? Let us know in the comment section below.