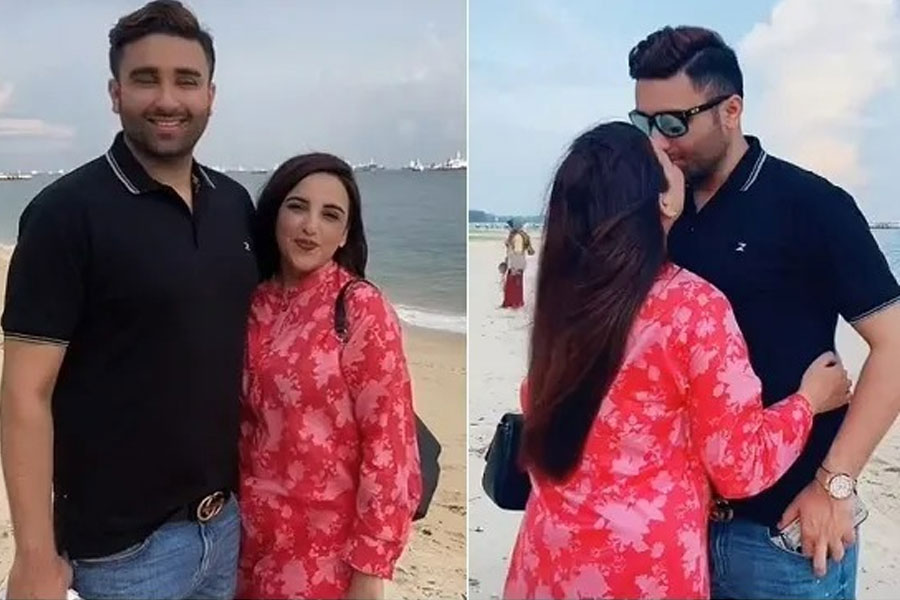 Hareem Shah has been in the spotlight on and off due to the controversies that are associated with her name. However, after her marriage to Bilal Shah, she comes up once in a blue moon.

Recently, in a podcast conversation with comedian Nadir Shah, Shah opened up about her love life, how her better half proposed to her and other intimate details.

The TikTok revealed that she didn’t talk to Bilal Shah much before marriage and the duo didn’t meet a lot too however due to personal and family’s consent, Hareem ended up becoming Bilal’s wife.

The most exciting part about the whole interview is when Hareem decides to reveal some of Bilal Shah’s attributes which drew her to him. Hareem stated that Bilal is considerably well-mannered and doesn’t have an addiction problem. The man doesn’t even like to smoke. Also, the fact that Bilal Shah doesn’t approve of backbiting ended up making Hareem fall head over heels in love.

“I met my husband in Karachi, we met randomly at an event and after that, we became very good friends, it was him who proposed to me, I used to like him a lot as a friend so I was shocked when he proposed me, in the start, I thought he’s just joking but he was serious, I said to him to send his parents to my house and that’s how it happened.”

Hareem also discussed the impact of social media’s trolling on celebrities, “People have a lot of negativity, I don’t pay heed to troll because people troll a lot, the reason why I don’t pay heed to trolls, because, I have seen many media persons who lost lives after being trolled like, recently, I saw Aamir Liaquat Hussain, who was so happy and came in your show with his wife, he was fine and okay, I also talked with him along with my husband, but sooner I saw him dying, don’t you think he died because of the trolling.”

Hareem often shares loveable moments with her better half on social media and sets major couple goals for her fans.

It’s aww-dorable how she looks at him, with our love:

We hope that they continue to live happily ever after.

Understanding Endometriosis & How it Affects a Woman’s Life