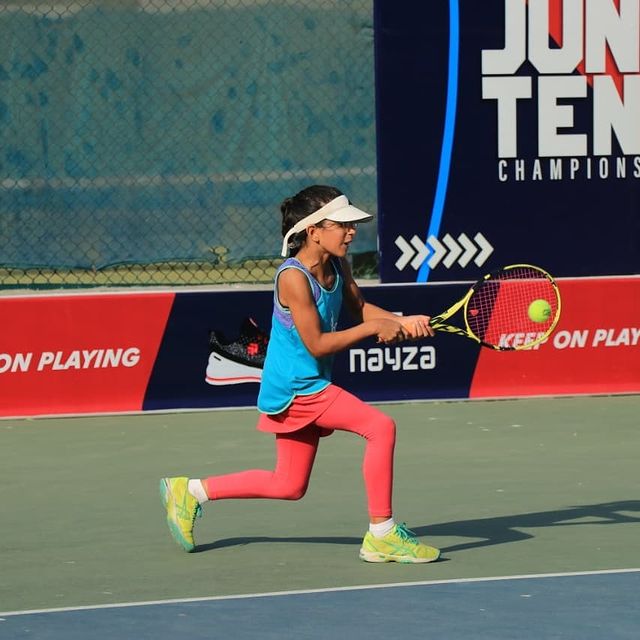 Haniya Minhas is the first Pakistani to be ranked in the top 3 Asian Tennis Sports. She achieved this goal at the mere age of 10.

Haniya’s father, Muhammad Minhas, who is active on social media and is seen cheering on the platforms after every achievement of his daughter, said on occasion, “With tears of joy and pride I can say my daughter Haniya Minhas becomes the first-ever and youngest ever Pakistani girl to be ranked #3 in Asian Tennis!”

Haniya partook in the Under-14 Sobir Cup ATF Tournament in Dushanbe, Tajikistan. She won 2nd seed against Sumaya Tukhtaeva of Tajikistan 6-1, 6-0 in straight sets in the tournament’s Final.

Muhammad Minhas further added that his daughter has played many tennis matches against international players. However, her win against Tajikistan has put her on the map. He said none of this was possible without the sponsor BARD Foundation (Bilquis Abdul Razak Dawood Foundation).

Haniya has several other accolades under her belt. She is the first girl in the World to Win 90 professional tennis tournament titles. She is the youngest in history and a Pakistani to Win the Asian Tennis Championships. She is also the first in Pakistan to win an Asian Tennis title.

Because of her dedicated career in tennis and her many accolades, Haniya has also been invited by Pepsi and ARY for the Pakistan Sports Awards as the Emerging star of the year.  With her tennis career, she has inspired many girls to pursue sports and become prodigies in their fields at such a young age.

The newly-appointed chairman Ramiz Raja announced this week that he hopes the Pakistan Cricket Board (PCB) will launch a women’s version of the Pakistan Super League (PSL) Twenty20 tournament soon. Ramiz’s announcement was relatively vague when he announced he has women’s PSL in his mind. However, it held significant meaning and gave hope to many women in the sport.