Sunday, June 26 2022
Top Posts
3 DIY Hotpot Recipes You Can Make at...
5 Tips to Keep Your Hair Sweat-Free During...
Fawad Khan to Make Debut in Ms Marvel...
“Women Can Accomplish Anything They Set Their Mind...
TikTok Releases First Album of Viral Hits
Mehwish Hayat Makes Her Debut as a Djinn...
‘Girls are No Less Than Boys’ Says Pakistani...
Punjab Government to Provide Scooties to All Female...
Is Akshay Kumar’s Upcoming Film ‘Raksha Bandhan’ a...
On This World Music Day, Spotify Celebrates K-Pop...
CelebritiesEntertainmentMovies 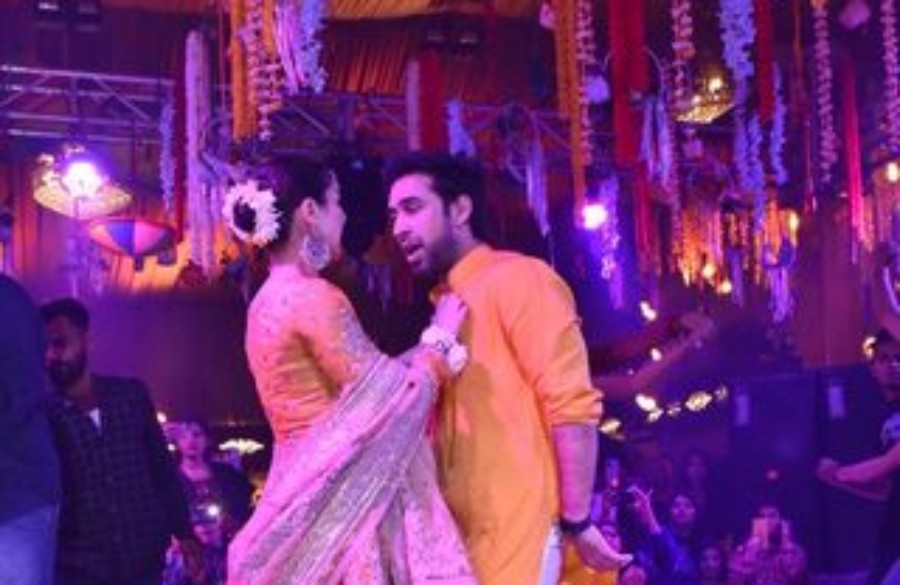 Actors are often seen tired and cranky during film promotions because it is hectic to reach and promote films at the promotional venues, but this is not the case with Hania Aamir and Ali Rehman. Their promotional stunts have appeared in headlines for being exciting and spontaneous.

The duo crashed a wedding on the weekend in Karachi and was seen swamped by guests in pictures and clips making rounds on social media. They busted some moves on their movie’s song ‘Peela Rung’ and entertained guests to the fullest.

The film is already making news lately for its noisy and colorful trailer and cast. Ali Rehman and Hania Aamir are in the lead cast, while Javed Sheikh and Sadia Faisal are supporting roles.

Hania thanked the bride and the groom on Instagram for crashing their wedding. She wrote, “YES, WE CRASHED A WEDDING!!!! Thank you Hunain and Aemon and the guests for such a warm welcome! We had a blast and we hope this wedding season you will dance your heart out to ‘PEELA RUNG’! Parde Mein Rehne Do! RELEASING THIS EID”

Film’s director, Wajahat Rauf, also updated his Instagram with a clip from the wedding. Watch below:

Pakistani actress Hania Aamir turned out to be a Spider-Man fan. From her recent post, we can confirm that the star was too excited to watch the latest movie, Spider-Man: No Way Home. Following the worldwide trend of walking in the cinema dressed in a spider costume, Hania too did the same, but just in a Spiderman mask. She captioned her Instagram post, “She was very excited about the movie…

“Pakistan Climate Conference 2022” to Bring Together the Global Climate Experts