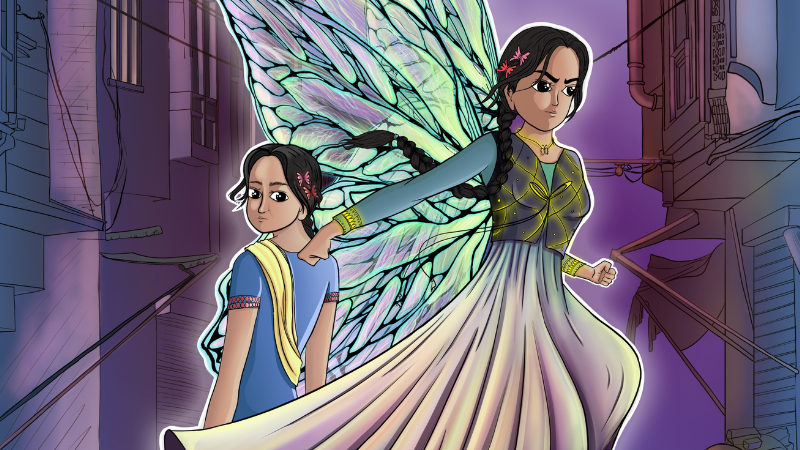 The first of its kind Pakistani superhero series called “Super Sohni” has been introduced to equip children with knowledge and confidence to stay safe from sexual abuse.

The Pakistani superhero series has been produced by a non-profit organization SAMAAJ based in Lahore. The 2D animated 10 episode series introduces a new superhero who fights bravely against crimes of sexual abuse of young girls.

The series began releasing its episodes in mid-December, with each episode releasing online on Fridays. SAMAAJ, in collaboration with the Embassy of Germany in Pakistan, has initiated Super Sohni, which is part of the Girls Sexual Abuse Prevention Programme.

As per the description provided on SAMAAJ’s official Facebook page, “it is a non-profit organization using creative mediums for defending gender equality and freedom of expression.” It is led by a creative writer and journalist, Sehyr Mirza, and a filmmaker and poet, Ammar Aziz.

On the launch of the teaser of Super Sohni, the ambassador of Germany to Pakistan, Bernhard Schlagheck, wrote in a tweet on the micro-blogging site, “A very engaging project that can hopefully equip many children with the knowledge, skills & confidence they need to stay safe from harm”.

Child sexual abuse is a prevalent issue in Pakistan which amplified in the first half of 2020, during the COVID-19 lockdown. As per the results of research conducted by Sahil, in 2020, 2,690 cases of child sexual abuse were reported. This indicates that the cases increased 4% compared to the previous year.

The series will be shown in hundreds of schools across Pakistan to raise awareness among children.

Creative writer and journalist Sehyr Mirza says, “As harrowing as these numbers may seem, they still don’t even remotely represent the extent of this problem because most of these cases still go unreported. This is because of the element of shame and dishonor which is attached to it. Awareness is the first step towards prevention and eradication.”

“It is therefore imperative to subtly educate our children on this issue and to teach them to maintain boundaries with everyone they know,” she added.

Muslim-Pakistan superhero Kamala Khan is all set to join the blockbuster Avenger’s game as Ms. Marvel. She will be joining the superhero league including Hulk, Iron Man, Captain America, and Black Widow. A Muslim-American teen from New Jersey, Kamala originally belongs to Pakistan and possesses shape-shifting powers.