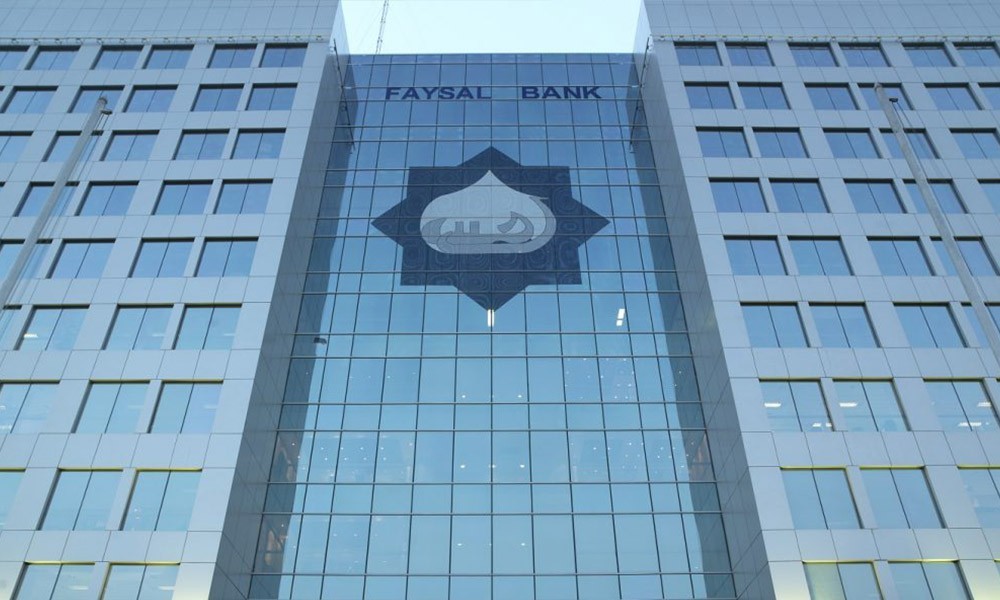 Usman Gohar, a banker at Faysal Bank has been fired after being caught red-handed on camera groping a female employee inside the bank. The video was recorded and leaked by one of the office employees, proving that this was not the first time Usman had sexually assaulted a female employee.

After the video circulated on social media for a few hours, people across Pakistan demanded the banker to be fired and jailed.

Faysal Bank issued a statement later on Saturday confirming that Usman has been terminated ‘effective immediately.’  He will no longer be able to work at any other ban

@Faysalbankltd tweeted, ‘Faysal Bank strongly condemns such an individual act of unprofessional behavior and #workplaceharassment by an employee, which is contrary to the strong value system, ethical standards, and professional work environment being maintained by the Bank for all its employees. #UsmanGohar’ 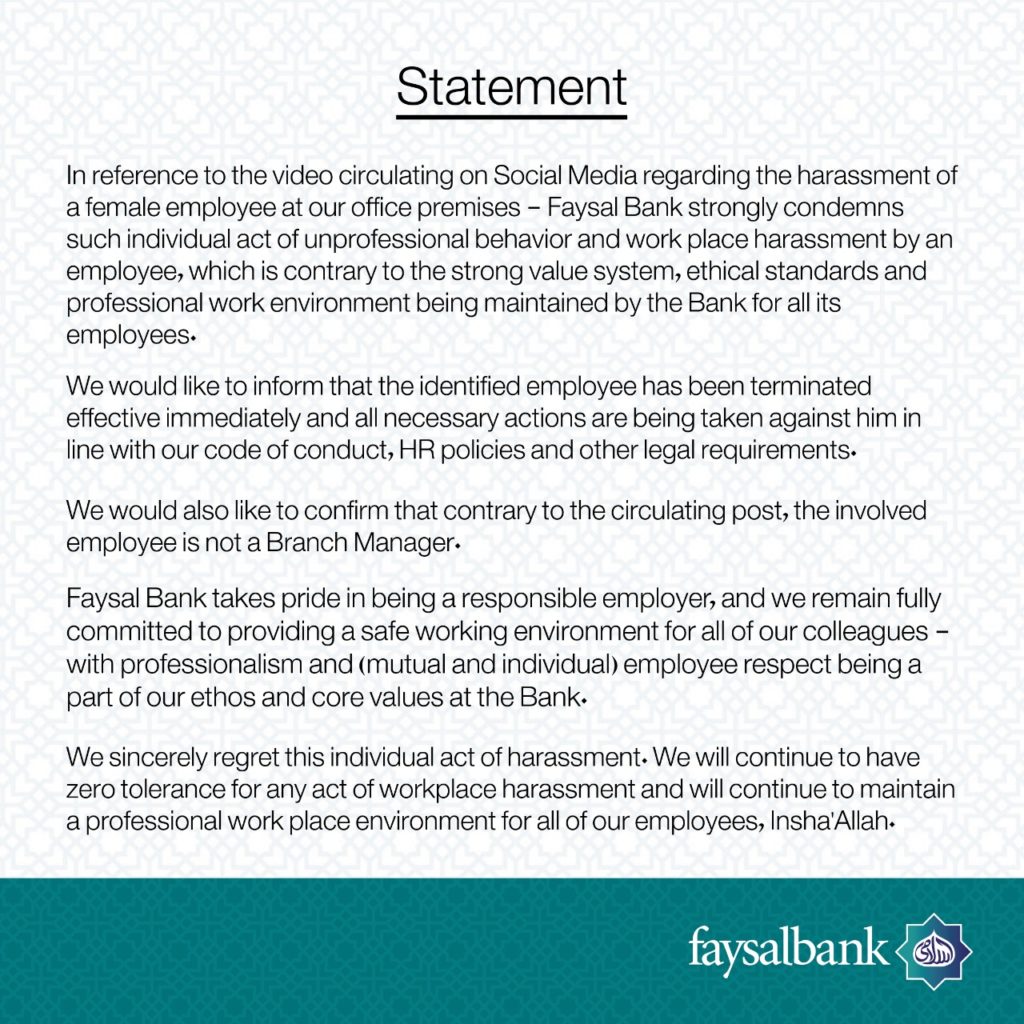 I request everyone to plz delete the video of Feysal Bank incident. We are already on it. We have all the evidence. Investigation is under process.

The culprit had switched his phone off and was in hiding.

Bank Harassment case update. Police raided his house. The culprit has turned his cell off and his hiding for the last 3 hours. One special team is searching for him. Will update soon.

DC Islamabad further asked the public to protect the identity of the victim.

Bank Harassment case update. The culprit Usman Gohar has been dismissed from service by the Bank. He cannot be hired by any other bank as per State Bank regulations. Raids are being conducted for his arrest. I’ll request everyone again to protect the identity of the lady.

Here is how the public reacted to the incident:

I’ve never seen men actively campaign for anything the way they are to get the Faysal Bank video taken down.

You don’t fool us. You don’t care about the victim’s safety. You want to keep the harasser safe.

BUT MORE IMPORTANTLY WHERE IS THIS ENERGY WHEN WOMEN’S NUDES GO VIRAL!?

So a while ago the very same faysal bank imposed a dress code for its women employees? In chu*iya mardoun ko kab rassi daalo ge?

Faysal bank management want their female employees to wear abaya to protect them from harassment, might as well cut their male employees hands as they cant keep their hands to themselves.

I’m going to slap everyone of you who’s gonna ask why didn’t the girl harassed by Faysal Bank’s manager react.

Focus on WHY and HOW and AUDACITY of the guy doing it.

Micro-Trends For Kids This Season & How To Style Them