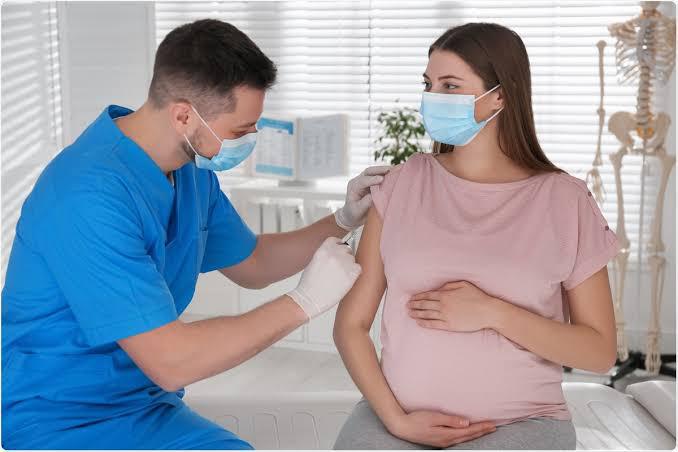 COVID-19 pandemic had hit us hard in 2020. At the time, doctors advised pregnant women to avoid the jab as they are cautious about what they recommend during pregnancy.  Over the past year, enough data has proved that pregnant women must be actively encouraged to get the vaccine as not getting it itself can put the pregnancy at risk.

Some persistent claims are circulating online. The most common ones are listed below and are addressed why they are false and have no evidence to back up the claim.

Vaccines Could Attack the Placenta

Michael Yeadon, a scientific researcher, shared a petition online that claimed the coronavirus’s spike protein held within the Pfizer and Moderna vaccines were similar to a protein involved in forming the placenta called syncytin-1.

He reflected that this might cause antibodies to develop against the virus, also attacking the developing pregnancy. Scientists believe that if our body were as easily confused as Yeadon stated, it would attack organs each time we caught an infection and developed antibodies.

“Coronavirus’s spike protein are just about as similar as any two random proteins.” Now there is evidence gathered to help disprove his theory.

Vaccine Accumulates in the Ovaries

A study submitted to the Japanese regulator was misread, and people assumed vaccine accumulates in the ovaries. This particular study included giving rats a much higher dose of coronavirus vaccine  (1,333 times higher). 48 hours later, only 0.1% total dose ended up in the animals’ ovaries.

According to BBC, “Fat levels in the ovaries did increase in the 48 hours after the jab, as the vaccine contents moved from the injection site around the body. However, there were no evidence ovaries contained the virus’s genetic material.”

Both US and UK came out with vaccine-monitoring schemes. These included the Medicines and Healthcare products Regulatory Agency (MHRA) Yellow Card scheme and the Vaccine Adverse Event Reporting System (VAERS).

A report based on information collected from MHRA suggested that in a total of eight weeks, many women experienced miscarriages, a 550% rise due to administrating AstraZeneca. Later, a study found that data showing the miscarriage rate among vaccinated people were in line with the expected rate in the general population.

While these schemes are great for side-effects such as the clotting problem that was found, however, not great as an indicator for miscarriages.

Information on this page was sourced from BBC article, Covid vaccine: Fertility and miscarriage claims fact-checked.  Please refer to the original article for detailed info.