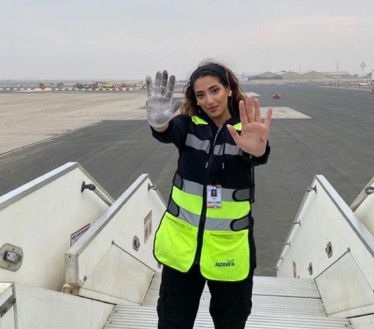 Danah Al Matouq comes from Al Asimah, Kuwait and has done her diploma in B1.1 mechanic engine and airframe from the college of aviation technology from 2017 – 2020. She joined Jazeera Airways in September of 2021 as a full-time security officer. 4 months later, she joined the same company as an aircraft mechanic in December of 2021.

It has been 2 months since Danah Al Matouq has been working as an aircraft mechanic and, might I add, flourishing in her latest position, one wheel change at a time!

Women in the Aviation Industry

Danah herself uploaded her photos on social media platforms, where thousands recognized her efforts and congratulated her for showcasing courage. Some also highlighted that an aircraft mechanics position is a physically demanding job and not easy for women to do, but, of course, nothing is impossible. With hard work, women can achieve whatever they want in this world. 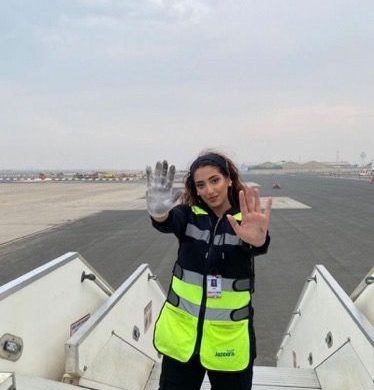 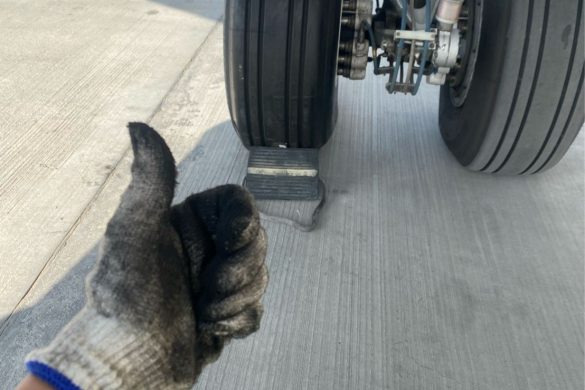 The aviation industry needs more women, such as Danah Al Matouq, to encourage other women to join the force to pursue rewarding careers in aviation. Together, women can accelerate change towards gender equality in this sector and beyond.

As per aviationbenefits.org, around 11.3 million people work in the aviation industry directly, and a much more significant percentage of women working in this industry are flight attendants.

Congratulations to Danah Al Matouq. We hope to see more women in the aviation industry make a mark.

Rawdah Mohamed is the First Hijab-Wearing Editor at Vogue Breaking Stereotypes of Muslim Women in the Fashion World. Read the full story here:

Hardtalk BBC invited the Somali-born fashion editor of Vogue Scandinavia, Rawdah Mohamed, a refugee who moved to Norway when she was young. After working as a healthcare provider, she became a model and had experienced negative stereotypes attached to Muslim models within the fashion industry – for her, being dark-skinned and a hijabi Muslim.

Know someone with an inspiring story? Have something to add? Let us know in the comments section below.