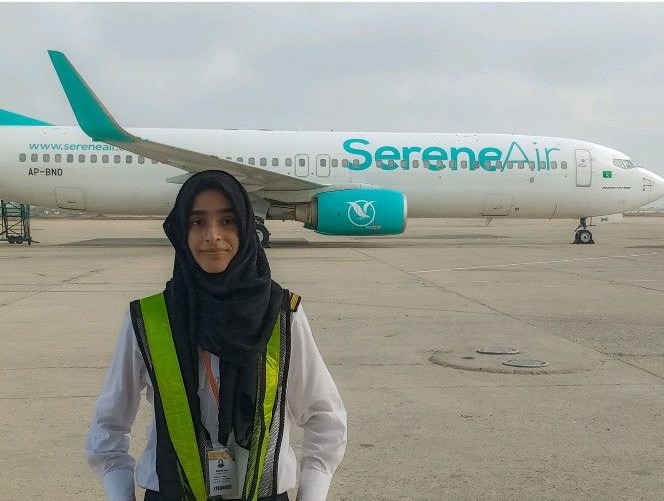 Awan posed in front of Serence Air Airline on the runway on which the photo was posted on Linkedin. She captioned the post, “When They say, you can’t do it… Do it Twice, and Take pictures”.  In Pakistan, many fields are dominated by men, and aircraft technician is one. By becoming one, Awan has defied odds.

An aircraft mechanics position is a physically demanding job and not easy for women to do, but nothing is impossible. With hard work, women can achieve whatever they want in this world. Currently, Awan is doing an Apprenticeship at Vision Air International as a Trainee Technician. Earlier on, she did an Apprenticeship as Junior Technician at Karachi Aero Club.

In a lengthy post on Linkedin, Awan marked her new chapter of life. She wrote, “Started doing an apprenticeship at Vision Air Intl.  A new chapter or phase has started in my life.. wanted to post long ago but didn’t get a chance to…
From working on Cessna’s and Diamond DA40-D to Boeing 737 Classic series, it’s a big achievement for me. It feels different working on the ramp side of the airport in a behind-the-scenes job that few people seek out. It feels like you got it, bro… but as an aircraft technician, there is a long way to go to become an aircraft engineer. I have a feeling that I can achieve that, too there is a quote, “If you believe it, you can achieve it…” 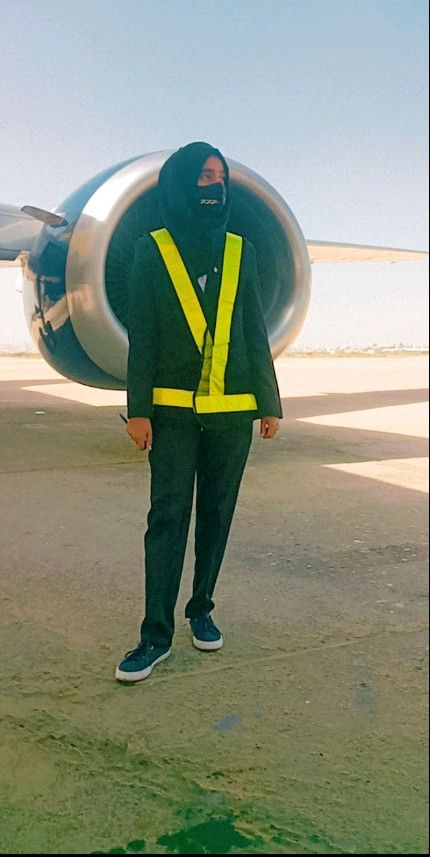 The aviation industry needs more women, such as Awan, to encourage other women to join the force to pursue rewarding careers in aviation. Together, women can accelerate change towards gender equality in this sector and beyond. As per aviationbenefits.org, around 11.3 million people work in the aviation industry directly, and a much more significant percentage of women working in this industry are flight attendants.

Congratulations to Batol Naz Awan. We hope to see more women in the aviation industry make a mark.

A 14-year-old teenager from Karachi, Dua Zehra, was in Lahore after missing for a week. Geo News reported that after being recovered from Lahore, Dua gave a statement in which she revealed that she left Karachi willingly and went to Lahore. The source further reported that the Lahore police had taken her into custody. Police have said that Dua has tied the knot with a boy based in Lahore. They have successfully obtained the marriage certificate, which respective authorities have verified.

Dua Zehra, Missing Teenager Girl States that She Left Karachi to Tie the Knot in Lahore

Girl from Multan Undergoes Gender Change, Transitions into a Boy After Being Engaged to Her Cousin