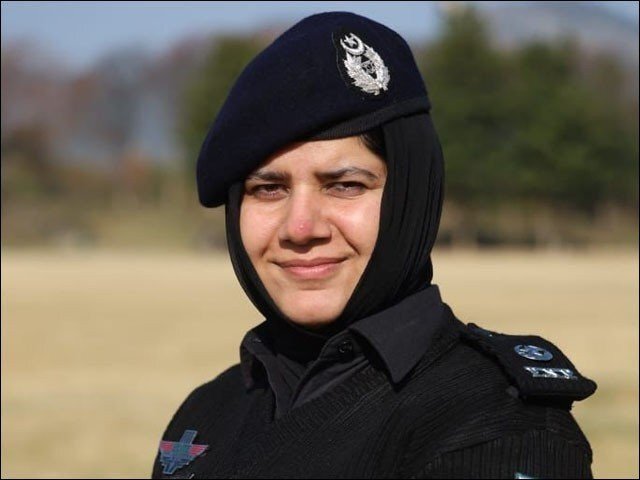 Ayesha Gul has become the first female officer who is appointed as Assistant Inspector General (AIG) of the Khyber-Pakhtunkhwa Police.

For the first time in the history of Khyber-Pakhtunkhwa (K-P), a woman police officer has been posted as the assistant inspector general (AIG). Indeed, a prevalent thing for the people of the KPK to cherish.

Gul hails from Swabi, a city in Khyber Pakhtunkhwa province of Pakistan, located near the bank of the Indus River. She is the first from her region to join the provincial police force. She has been stationed in Peshawar and has assumed command of her new position.

She had said that as Assistant Inspector General (AIG) Gender Equality, her efforts will contribute to protecting the right of women, transgender persons and children.

Ayesha has previously worked for the Islamabad Traffic Police. Because of her excellent performance, she was honoured and promoted to the superintendent of police.

Out of 73 female candidates, many have been appointed as AIG in different parts of the country. It is truly a significant milestone for Pakistan as more and more women join the force.

With each passing day, more policewomen are being deployed in leadership positions in areas where only men were seen in similar positions. Dilshad Pari has become the first female Station House Officer (SHO) of Shaghoor Police Station of Khyber-Pakhtunkhwa’s Chitral district in recent developments. After being deployed as SHO, Dilshad Pari inspected the situation lock-ups, security checkpoints of her police station and pending police cases.

Effie Awards 2022: “Sustainability will be Part of Briefs, Conversations in Marketing & Become a Bigger Part of What We Do As Advertisers,” Nida Haider, Managing Partner, IAL Saatchi & Saatchi