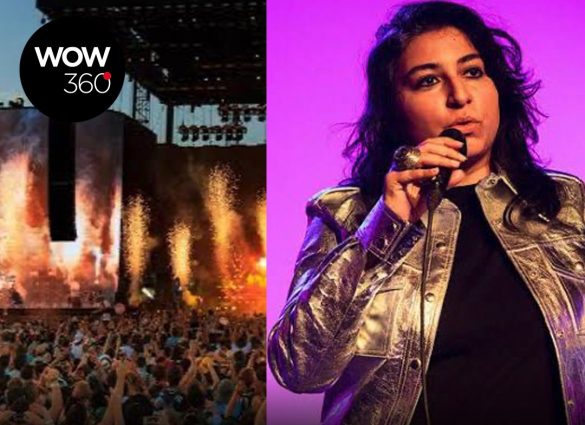 In April, singer Arooj Aftab will become the first Pakistani artist to perform at the American Art and Music Festival Coachella.

By becoming the first to perform at the world-renowned music festival, Arooj will add another major accolade under her belt. She became the first Pakistani artist to be nominated in the Best New Artist category for the Grammy awards. She also appeared in former President of United States Barack Obama’s summer playlist for her song  ‘Mohabbat’ last year in July.

The star announced the news on her Instagram. She wrote, “See you Coachella both weekends and I am ready to partyyyyy”

The second day on two weekends (April 16 and 23): The second-day artists appearing are Billie Eilish, Megan Thee Stallion, Disclosure, 21 Savage, Stromae and many other artists, including Palestinian DJ Sama’ Abdulhadi.

For the third day (April 17 and 24):  On the third day, the artists who will perform are Ye, Doja Cat, Joji, Karol G, Ari Lennox, Maneskin, FINNEAS, Ali Gatie, Hayden James and other artists.

Arooj is a 36-year-old Brooklyn-based singer born in Saudi Arabia and grew up in Pakistan. She moved to New York after graduating from the Berklee College of Music in Boston.

In 2020, Arooj released Vulture Prince, her album, which earned her quite a reputation among people ever since it first came out. She is known to bring forward Rumi and Mirza Ghalib’s poetry together with electronic samples and jazz. She was awarded by the Latin Academy of Recording Arts and Sciences for her additional vocals in Antes Que El Mundo Se Acabe (Residente).

Arooj Aftab Becomes First Pakistani to be Nominated for the Best New Artist for the Grammy Nominations 2022. Read the full story here:

On Tuesday, the Grammy nominations were revealed. One name that has appeared on the nomination that has made Pakistanis proud is of a vocalist, music composer, and producer, Arooj Aftab. Other nominees include Olivia Rodrigo, FINNEAS, The Kid LAROI, and Jimmie Allen. There are a total of 10 nominees, but music fans want to know more about an unfamiliar name on the list that has quickly taken over social media.