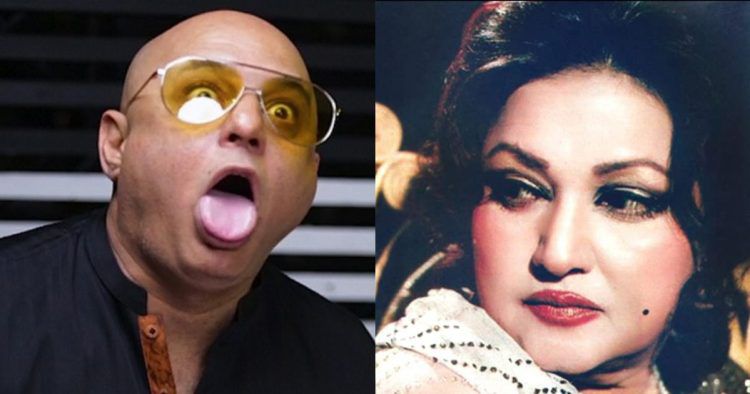 While the session was moderated by Lawyer Ahmed Pansota, constitution lawyer Azhar Siddique also joined the conversation. The clip taken from the session is uploaded on The Current YouTube page with the permission of whoever owns the rights of the video. Currently, it is circulating online due to Ali’s infamous views.

In the clip, Ali Azmat comments on how the art and culture industry has transitioned in Pakistan over the years. He said that in his time, he used to hate seeing Madam Noor Jehan on screen, with her “big earrings and extra makeup, draped in a saree.”

Azmat expressed his shocking, derogatory, sexist, and ageist comments for the female icon of the country. In his opinion, ‘[Noor Jehan] looked like a kofta [meatbal]’. He added, “She was an old age woman at that time, and we used to think that it’s not necessary for us to watch it. This was the time when we accepted the other culture, and it became a norm later on.”

Noor Jehan was given the honorific title of ‘Malika-e-Tarannum.’ Her musical and film career spanned more than 60 years as an actress and playback singer. She had a strong command of folk Punjabi songs and classical music genres. Holding the record title of singing the highest number of film songs in the history of Pakistani cinema, the Queen of Melody has sung for 40 films and around 20,000 songs during the span of her career. She was cherished by millions of fans across the world.

Malka-e-Tarannum, Noor Jehan (Queen of Melody), was born on September 21st, 1926, in Kasur and Allah Wasai. She started her musical career at the age of nine in Calcutta, singing as a child star. After the 1947 India -Pakistan partition, she moved to Pakistan from Bombay and started her acting career here