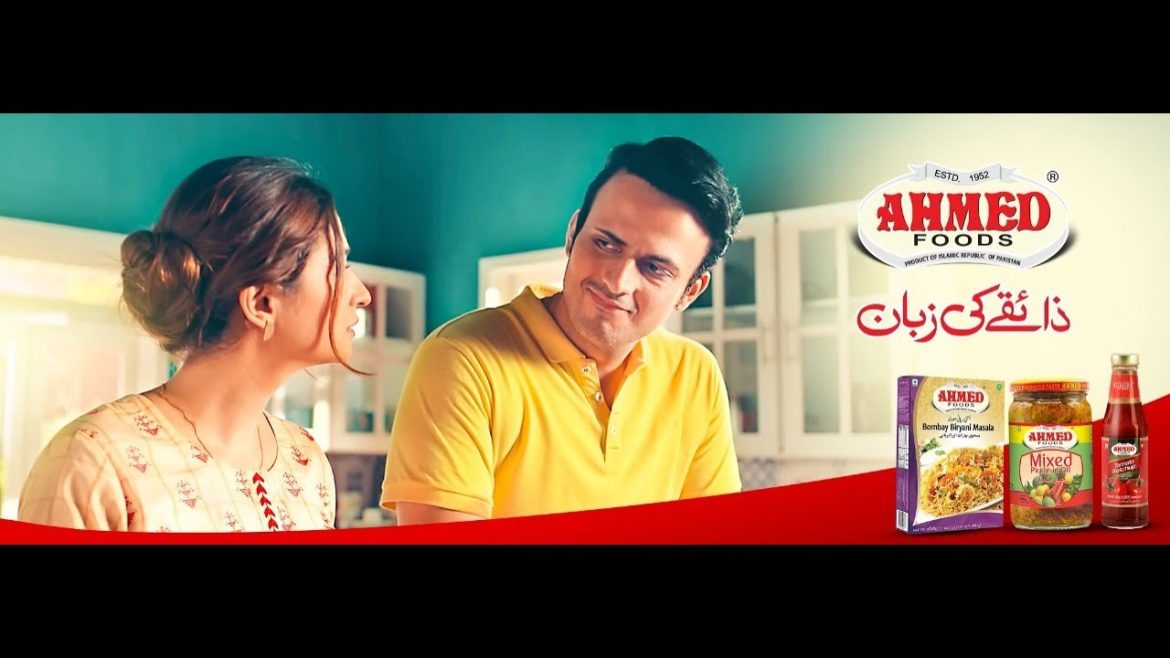 There has been a shift towards emotional storytelling in the marketing realm, worldwide. And it’s exciting to see more and more Pakistani brands becoming a part of this trend while pertaining to cultural and social ethos. One such food brand is Ahmed Foods #Zaiqay Ki Zubaan TVC, that has tugged on to people’s heartstrings while teaching an important lesson about society, judgements and first impressions.

The #Zaiqay Ki Zubaan TVC by Ahmed Foods is created by Wide Angle Films; it subtly touches on differently abled people, and our presumptuous society that is too quick to judge people. The ad is emotional and filled with love and forgiveness.

Starring everyone’s favourite Usman Mukhtar, the ad starts with Samina Ahmed complaining and gossiping with her friend about the young, new neighbor couple. She is bad mouthing the wife about lacking neighborly conduct and passing snide, judgmental remarks about her upbringing, cooking skills and married life in general. 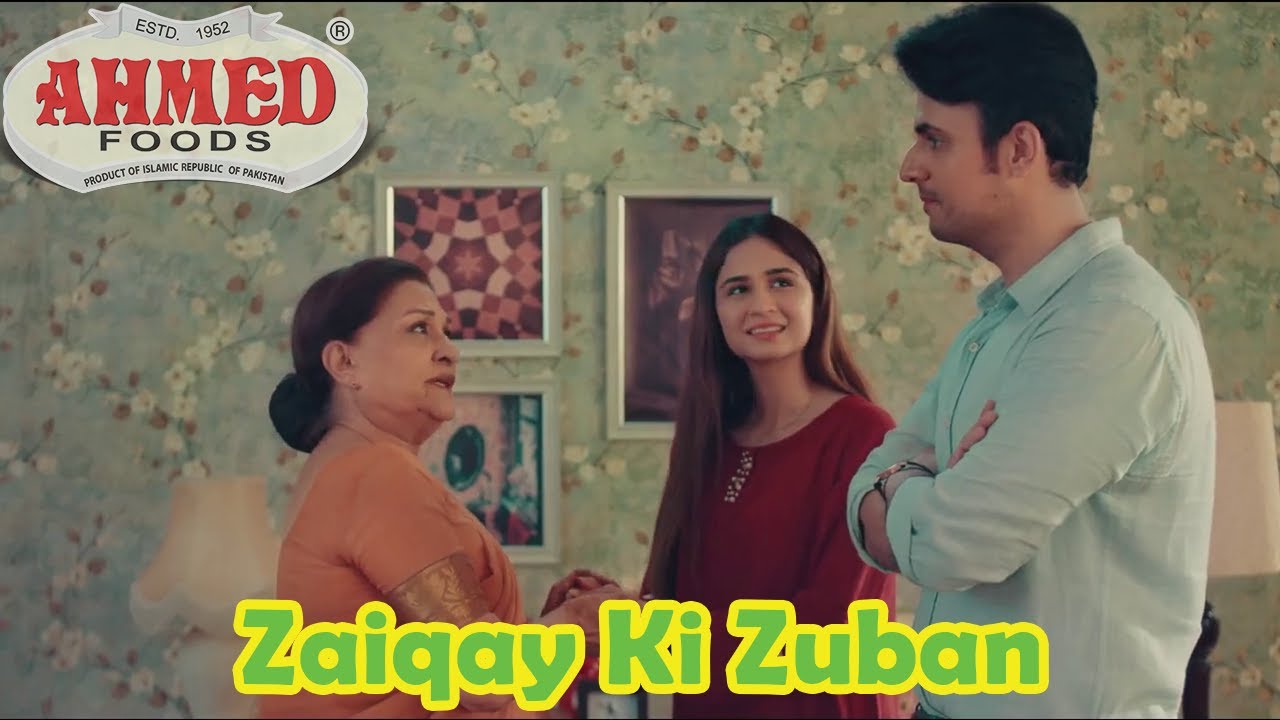 While in the other scene, the loving husband Usman Mukhtar is shown buying Ahmed Foods Biryani Masala for his wife who is shown cooking delicious biryani.

In the next scene, the females are interrupted when the neighbour couple shows at their doorstep, with a dish of biryani. The husband says how his wife is a great cook and they wanted them to try her food.

The girl is silent all along and hasn’t spoken a word in the entire TVC, so one kind of starts figuring the girl’s condition.

‘If you cook so well, why don’t you also talk a little with your neighbors too, didn’t your parents teach you anything’.

At this point, the husband swoops in and reveals how her wife is differently abled and can’t talk since birth. Ashamed and embarrassed, the women hug the girl and Samina says, “Apnay zaiqay se itna kuch keh jaati hai, aur tum kehte ho blti nahi hai” – Her language of ‘zaiqa’/ taste speaks volumes.

Here is what people had to say about the emotionally powerful TVC:

Stumbled on this lovely little ad film from Pakistan recently, via at least 2 Whatsapp Groups. The film, titled 'Zaiqay Ke Zubaan', is for Ahmed Foods, a brand of masalas from Pakistan, and the concept and production is by Wide Angle Films. Anything more I say about the 1/9

The simple yet compelling concept of how ‘taste needs no language’ has been beautifully portrayed in this TVC. The powerful ad sheds light on how quick we are to judge people and how everyone carries their own baggage.

We all have either drawn conclusions about people or have been judged. It is a lesson on how we should always give people a chance, spread love and forgive easily rather than holding grudges.

The exceptional acting skills reflected by the entire cast has made this TVC so impactful. The innocence portrayed by Natalia Awais as a deaf and mute girl tugs at your heartstrings.

Watch the full ad below:

What do you think of the ad? Share your thoughts in the comments below.