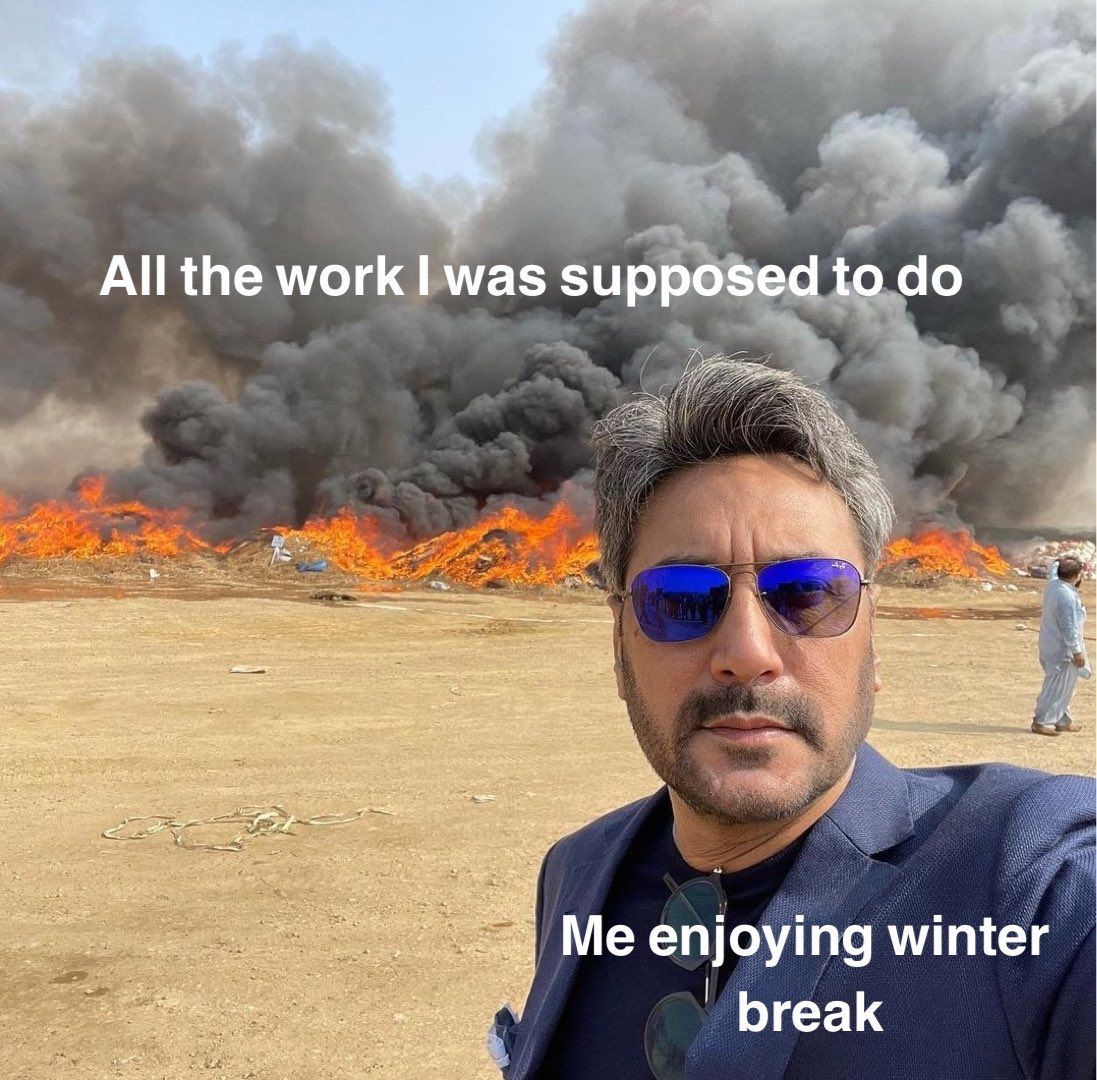 Pakistani actor Adnan Siddiqui has officially become the subject of the first meme of the year.

The actor was present as a guest at the Destruction Ceremony of Confiscated Goods organized by the Customs (Enforcement) Karachi. He, along with officials, destroyed smuggled and other goods confiscated by the authority throughout the year. Last year, the items confiscated included liquor, cigarettes, betel nuts contraband worth a whopping $2.5 million.

Adnan took it to his Instagram to announce the news. He captioned his post, “Waging a war against drugs.”

Many on the internet suggested that the authorities could export the items or make other arrangements as burning them would cause air pollution. However, the star revealed it was a ‘symbolic message’ that had to be put across.

I think selling that Alcohol to Non-Muslim Pakistanis could have let us make some money and what about Air Pollution ? We wasted money and polluted air too, but what for? #AdnanSiddiqui pic.twitter.com/qiNO56BhFk

He wrote, “Lit fire to narcotics at the Destruction Ceremony of Confiscated Goods organized by the Customs (Enforcement) Karachi. Drugs are an evil that rusts our youth and our nation. A symbolic message that it’s to be turned to ash.”

On the flip side, Adnan’s picture from the event caught public attention and has become the subject of the first meme this year.

Remember this kid? This is him now. Feel old yet?#AdnanSiddiqui pic.twitter.com/VRF7iBgA0R

Safe time to attack the parties too

With Amir Liaquat’s picture from the hospital and now Adnan Siddiqui in front of the fire. We haven’t even entered the second week of Jan yet.

Everyone pretends to be ok on Social Media.

How to avoid all your problems? Get in bed and use social media

The picture went viral, so much so that Adnan Siddiqui is also trending on Twitter since last night. Head down to enjoy more of these hilarious memes.

The Best Viral Memes of 2021 That Sum Up This Year Accurately! Read the full story here:

Pakistanis are known for their meme game. This year too, there were unforgettable moments across 12 months that were astonishing, hilarious, and ridiculous, eventually meme-fied. Let’s look at them: Midsummer Chaos is a series following the lives of elite Pakistani teenagers who took the internet by storm. The series was directed by Ahmed Sarym and was released on YouTube.

The Best Viral Memes of 2021 That Sum Up This Year Accurately!